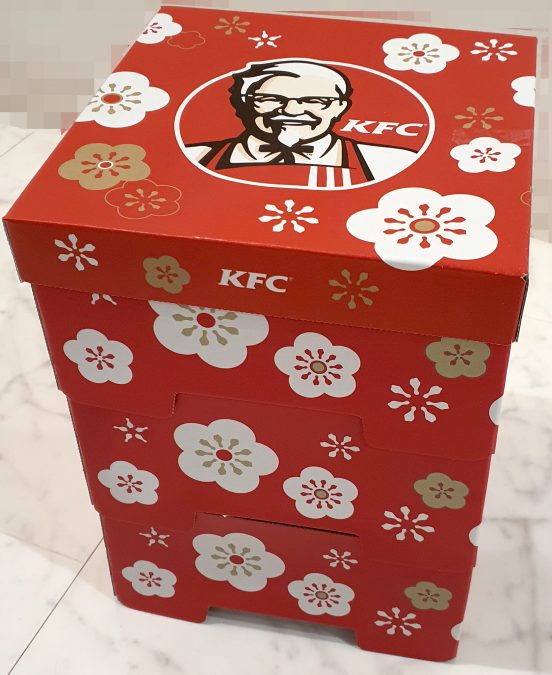 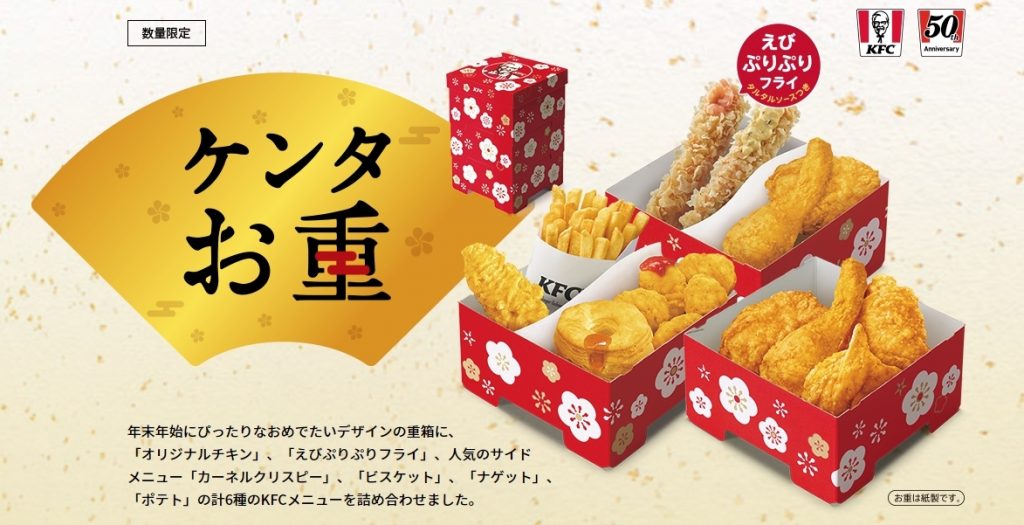 I recently wrote about the unique Japanese Christmas tradition of eating Kentucky Fried Chicken and in recent years I have noticed that KFC Japan has been advertising the New Year Box that comes packed in a limited three-tiered box that resembles a jubako box so we decided to try it. Jubako is a layered box commonly used for New Year food known as osechi in Japan.

The Otoshidama (New Year Money) coupon pass was also featured in the 2021 version of KFC’s Fukubukuro which is a deal coupon pass that you can use as many times as you want (valid until 31 March 2021). 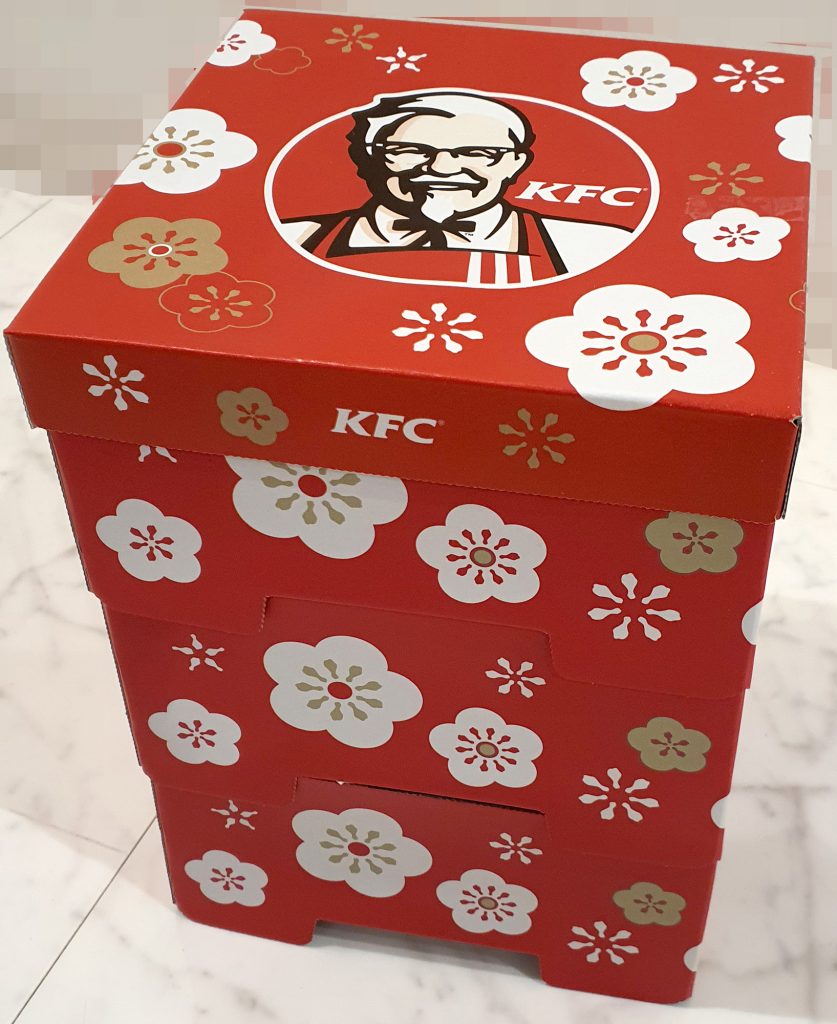 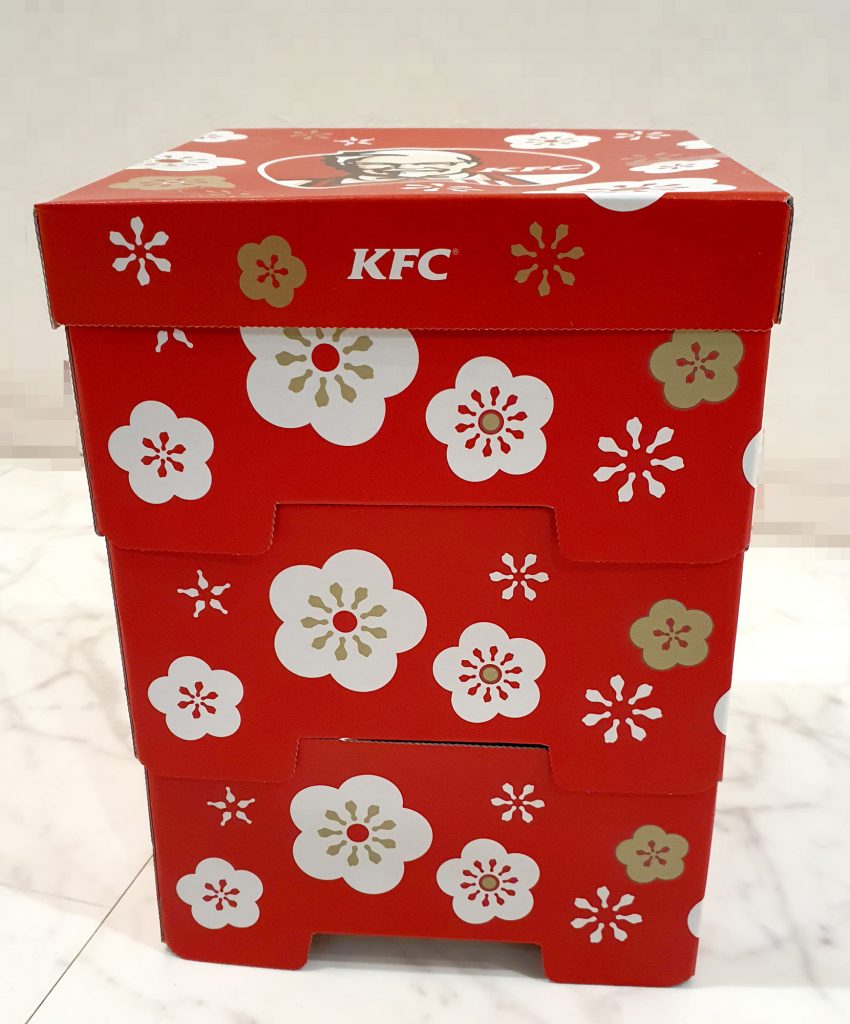 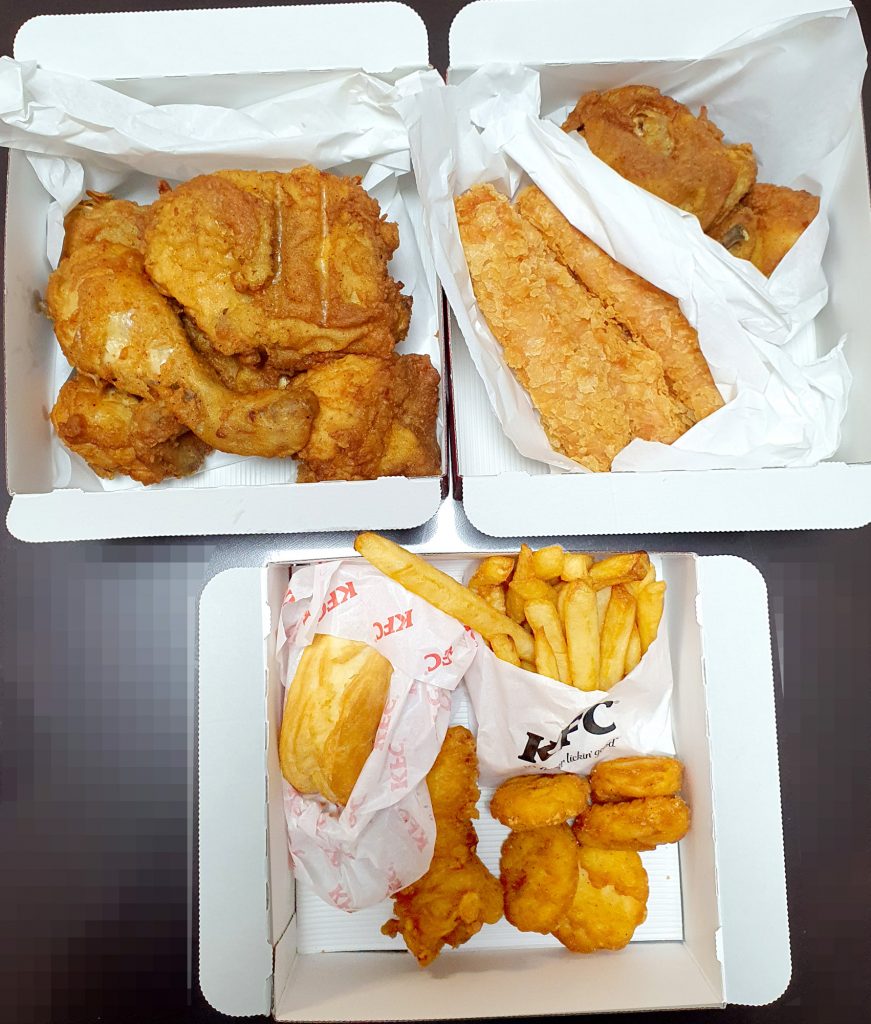 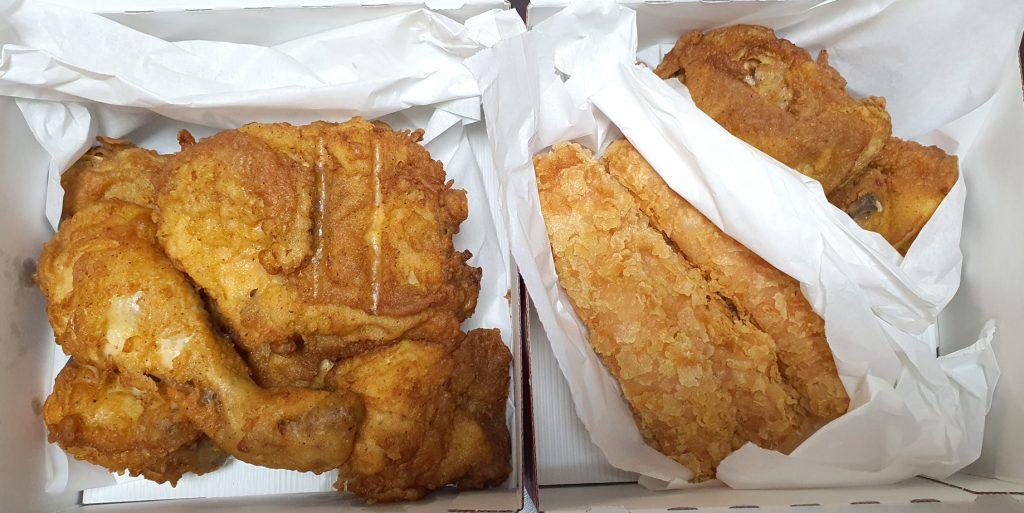 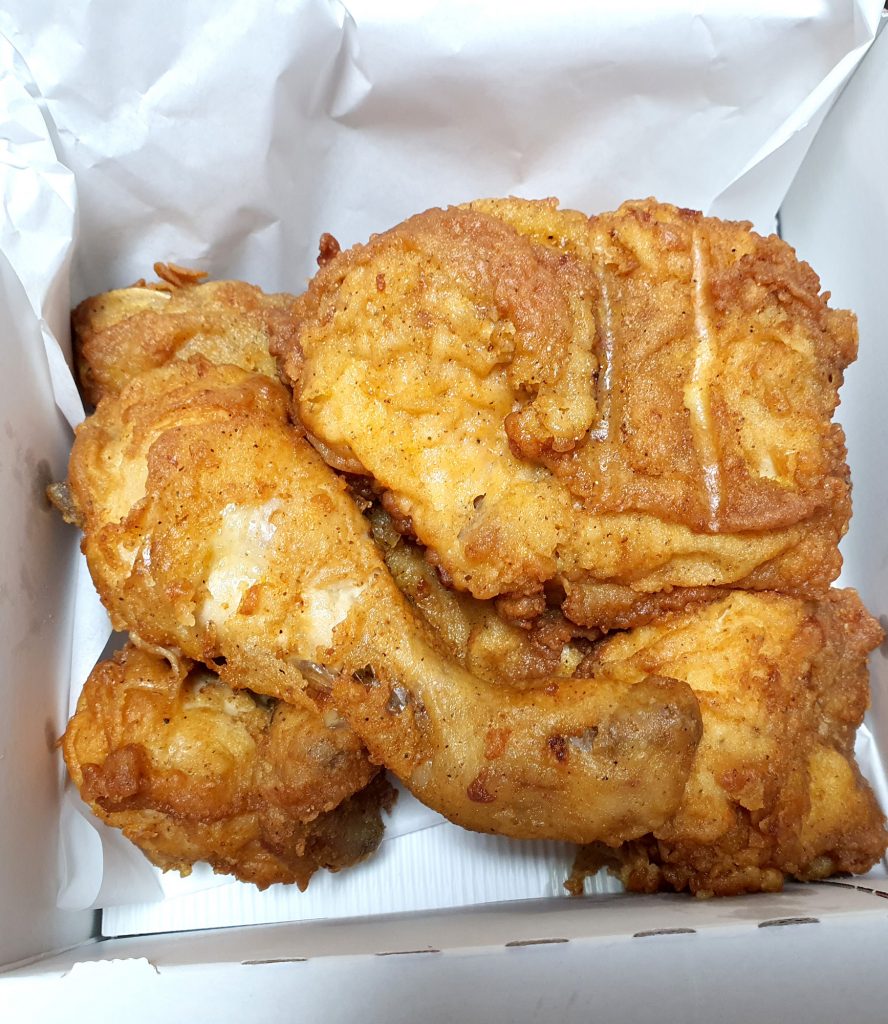 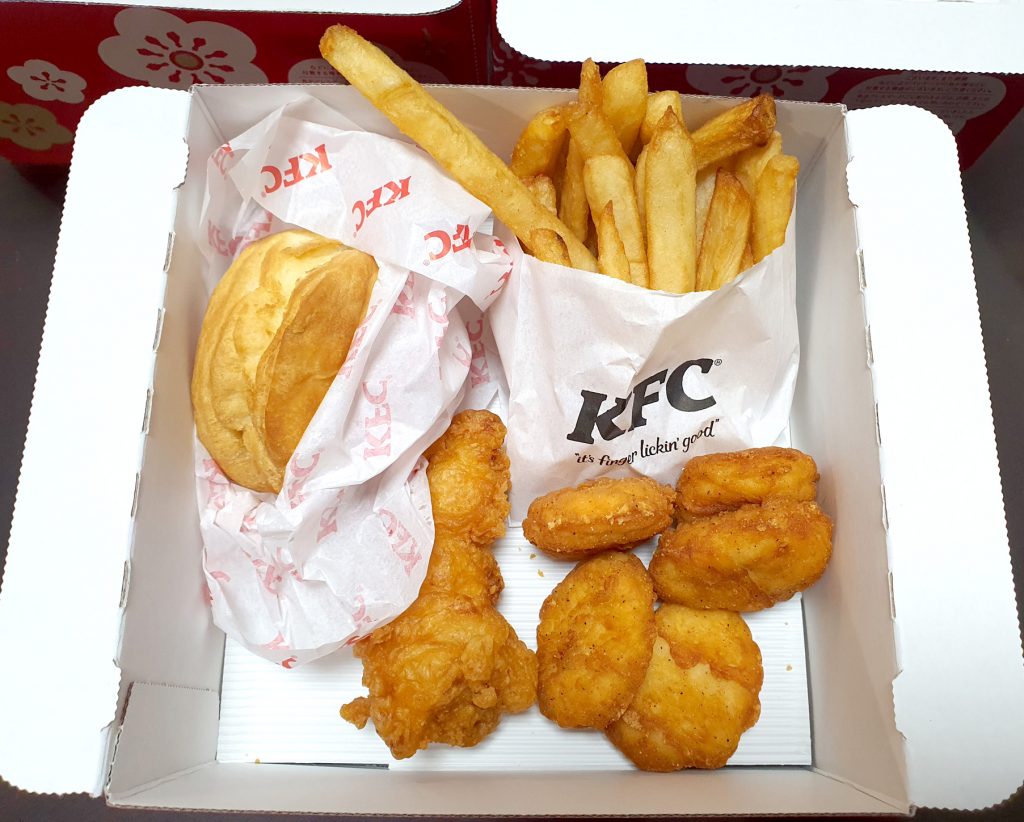 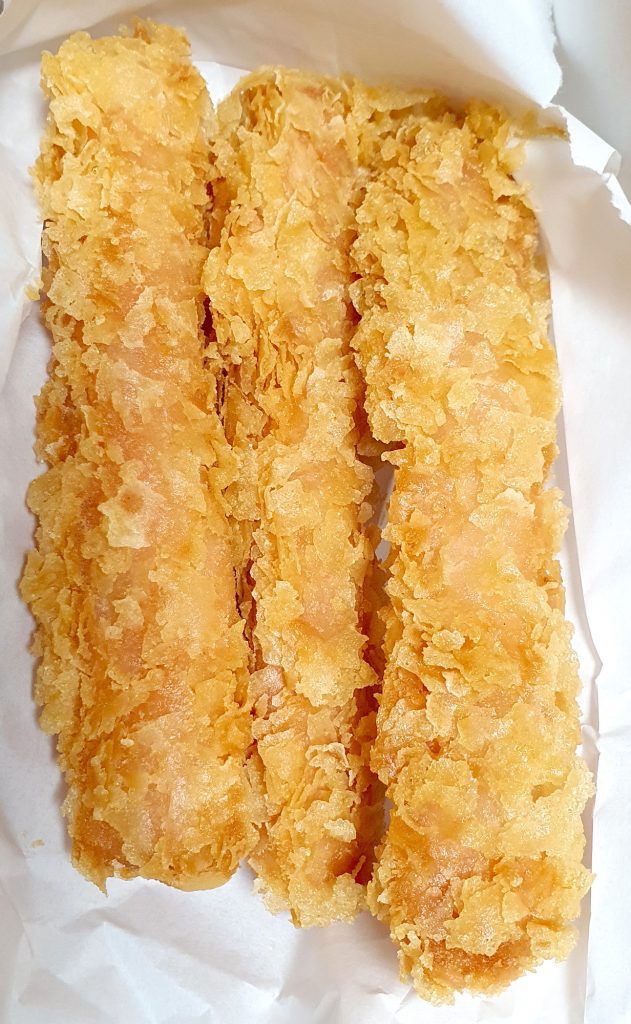 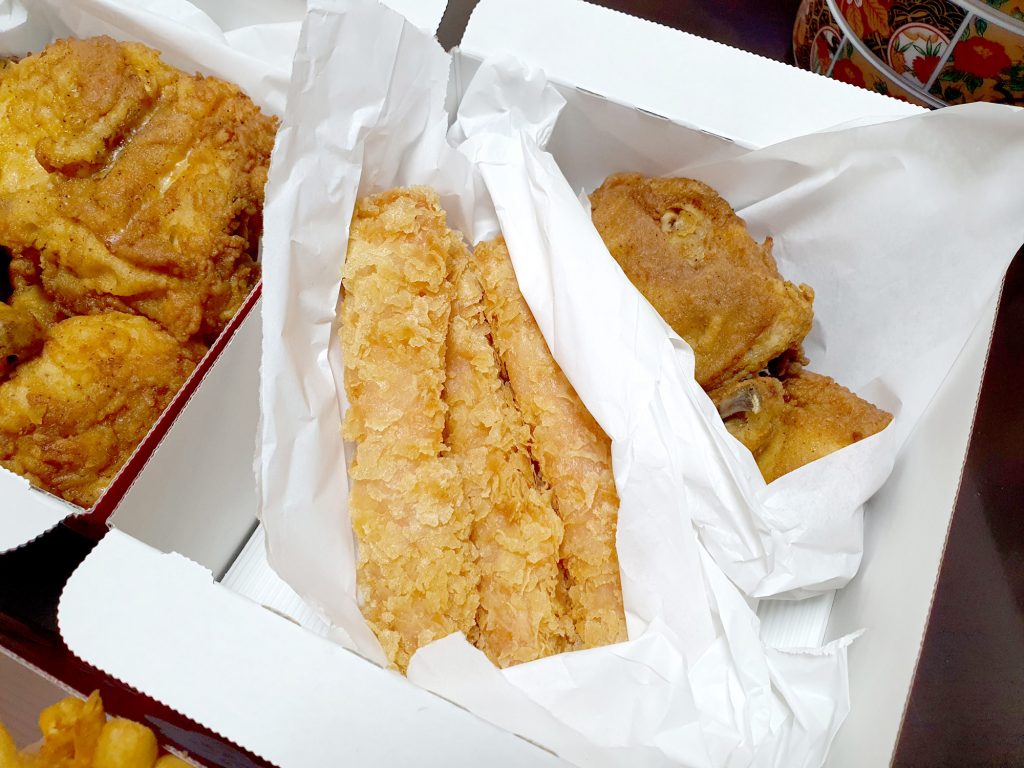 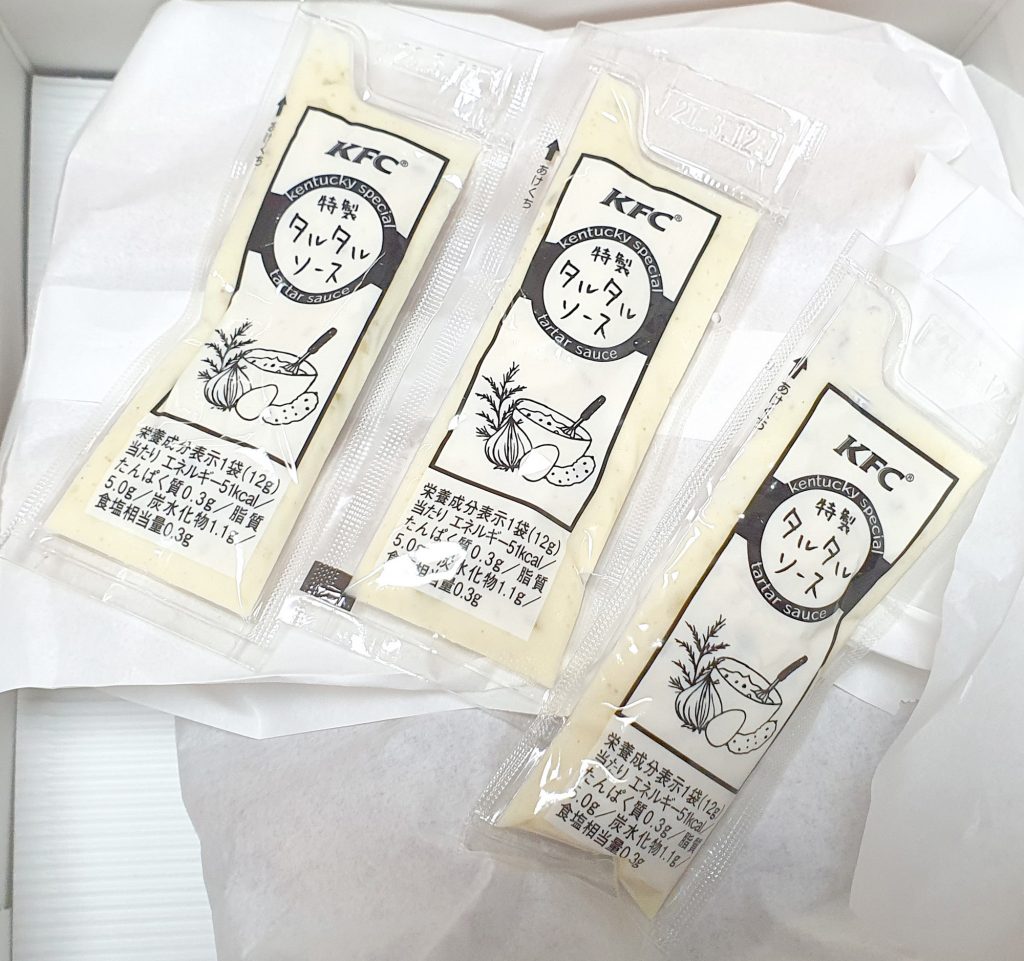 The official KFC Japan YouTube channel also uploaded the commercial for the New Year Box 2021 and it can be viewed below.