How to Celebrate the Holiday Season in Japan? 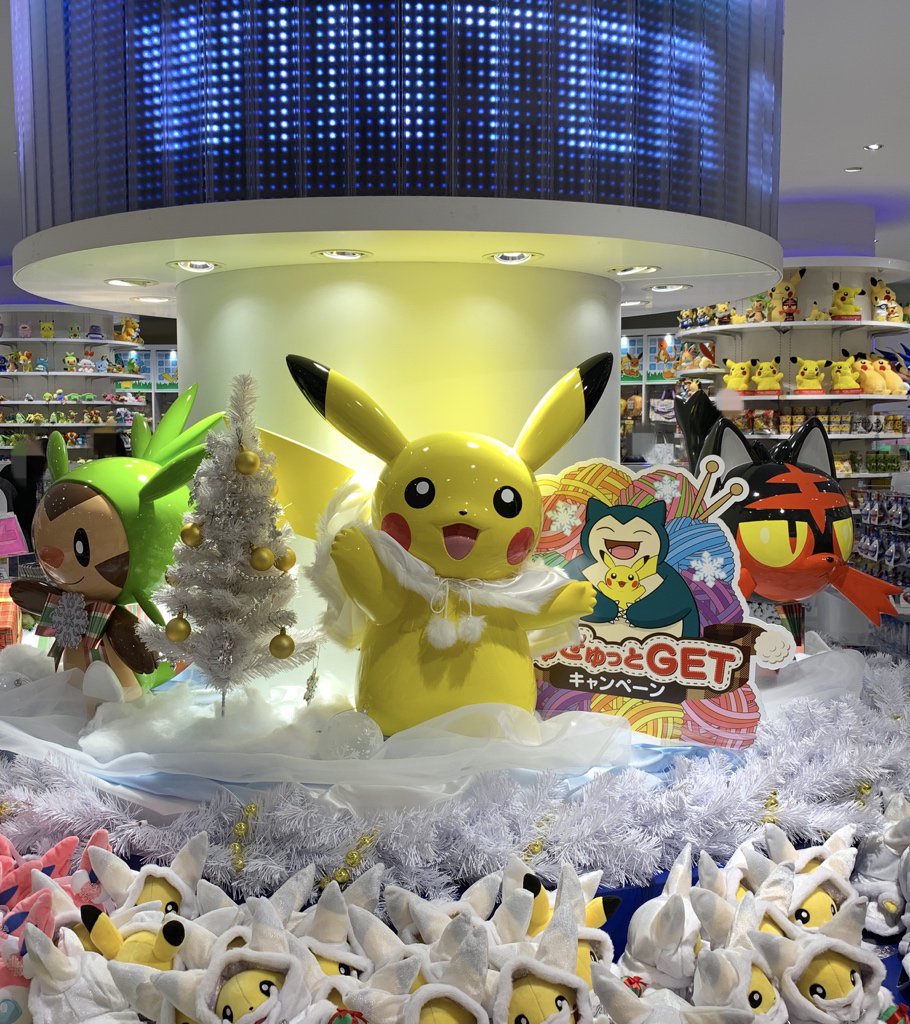 This article was first featured in the Winter 2018 issue of Cosplay Deviants magazine. 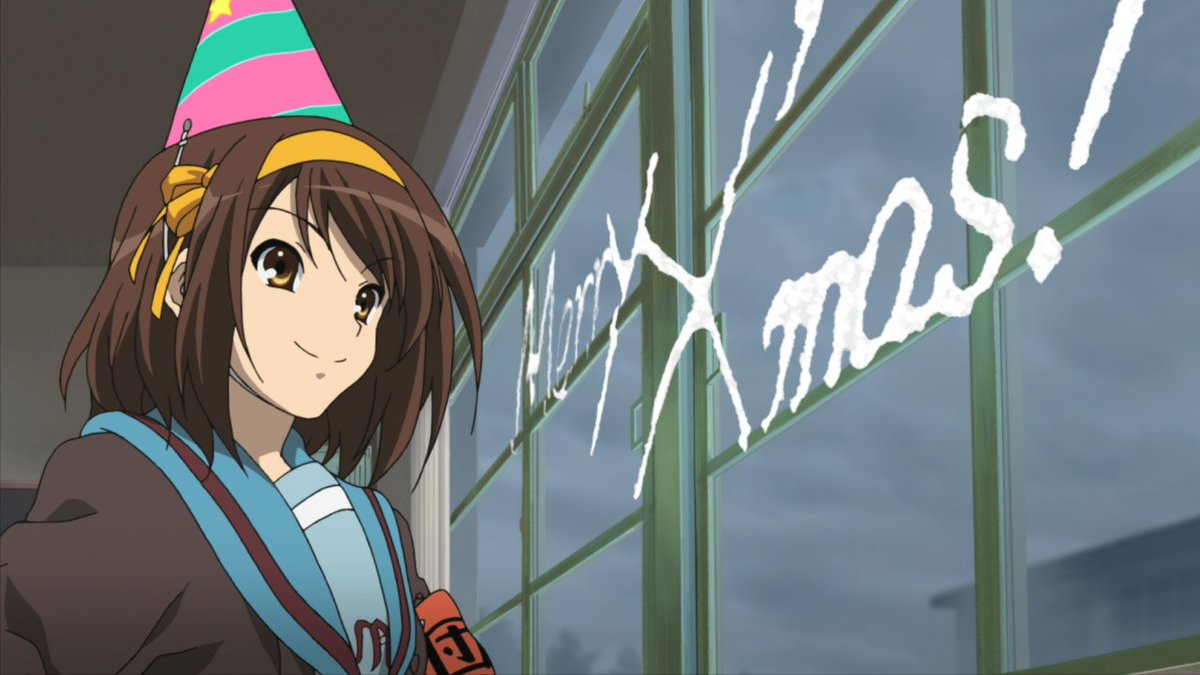 via The Disappearance of Haruhi Suzumiya

Christmas in Japan is much different than your typical winter holiday of being surrounded by family and friends while scarfing down homemade gingerbread men cookies and binge-watching your favorite Christmas movies. In fact, it’s the total opposite!

Christmas in Japan is known as more of a time to spread happiness and for couples and friends to spend time together. Keep in mind that Christmas to Japan is a regular working day. This has resulted in restaurants across Japan refusing entry for couples because they don’t want their customers and staff to be reminded of their loneliness by happy couples during the Christmas season. 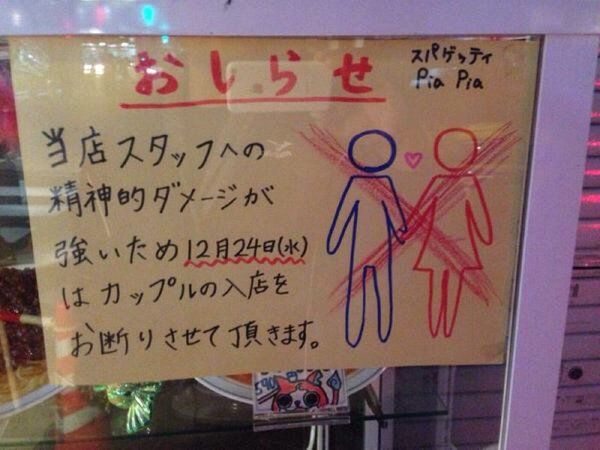 The Japanese love extraordinary illuminations during the wintertime and it’s one of the most popular winter activities to do!

The highly acclaimed Shibuya Blue Cave which had over 2 million unique attendees last year and consists of 600,000 blue LED lights that light up the avenue of Shibuya, and it stretches for approximately 800m from Shibuya Koen Dori Street to Yoyogi Park Keyaki Namiki. It’s the city’s most photo-worthy event in winter and is an outstanding place to take a friend or your significant other.

If you want to go all out, I would recommend the Sagamiko Illumillion held at the Sagamiko Resort Pleasure Forest in Sagami City that happens to be one of the largest winter illumination event in the Kanto region and has a staggering 6 million LED lights that cover the hillsides in color, an animated light show and dancing water fountain set to music, light tunnels, a chairlift up the hillside and amusement park rides including a Ferris wheel.

If you’re a fan of Disneyland, you should definitely find the time to visit the seasonal event Christmas Fantasy, a special Disney Christmas event consisting of Disney characters dressed up festively in a parade while riding magnificent floats decorated to fit the Christmas theme. Not only will Disneyland have a limited special Christmas menu set for when you’re hungry, but there will be limited edition gifts and special souvenirs for those who want to open their wallets. 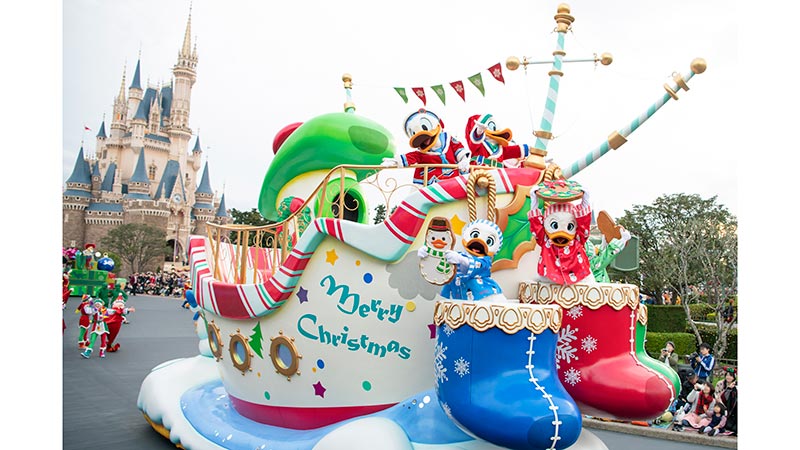 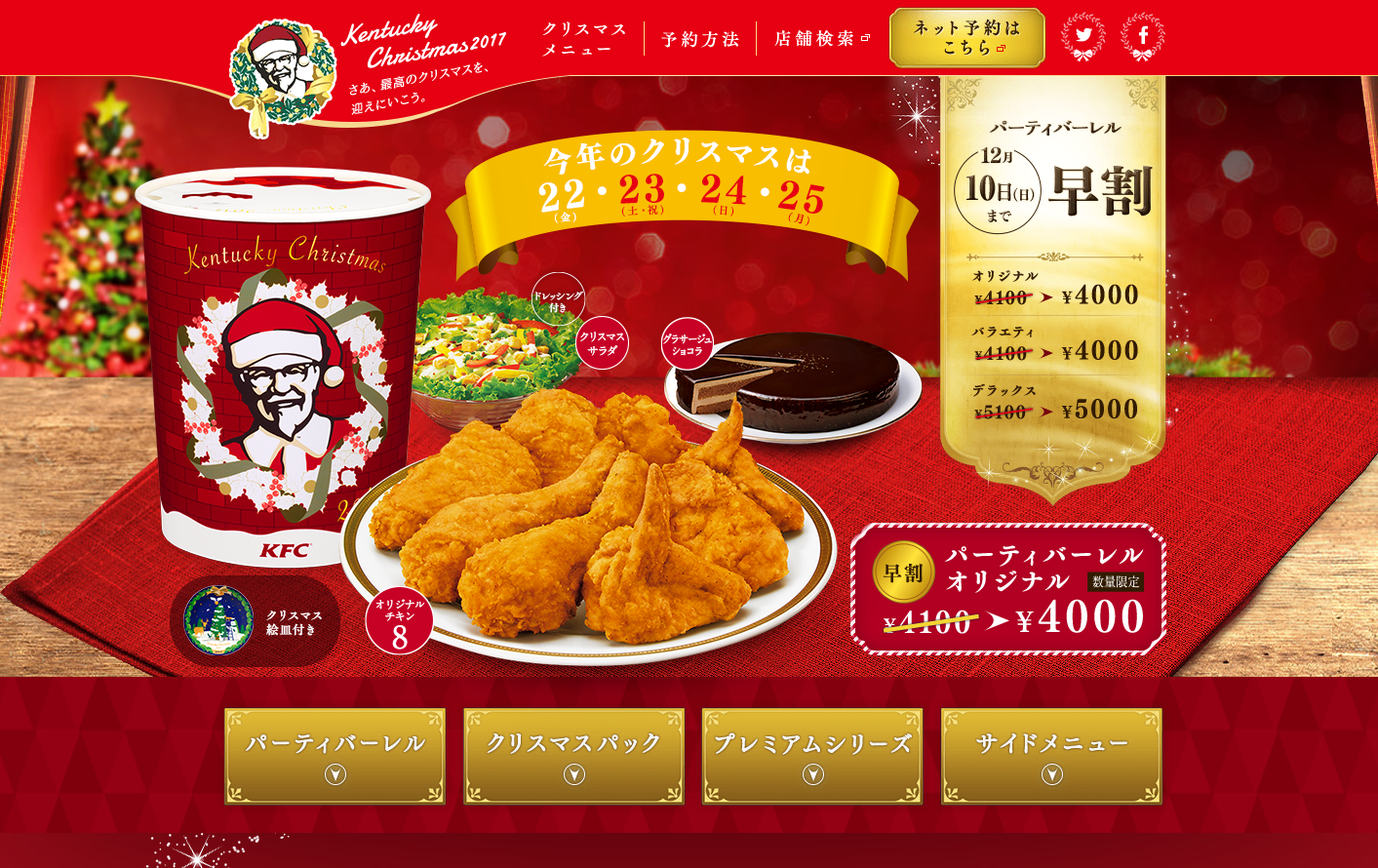 If you’re looking to partake in this unique tradition, it is not as simple as walking into your local KFC and ordering, getting your own chicken dinner is much harder than that. It often requires pre-ordering it weeks in advance and queuing outside to secure your Christmas chicken dinner on the day and time you selected.

In many countries, Christmas is often the time you sit down for a scrumptious home-cooked meal with family and loved ones—not fast food. Meanwhile, in Japan, it’s about making sure you can pre-ordering weeks in advance and lining up in the harsh cold at your local Kentucky Fried Chicken restaurant to pick up your Christmas Dinner.

Now you may be asking, why fried chicken? Why has it become a Christmas tradition in Japan? It’s mainly thanks to Takeshi Okawara, who managed the first KFC restaurant in Japan that opened in March of 1970. It happened a few months after the first store opened, Okawara woke up in the middle of the night to write down the idea he had in a dream; a “Party Barrel” to be sold on Christmas Day.

As crazy as it sounds, he dreamed up the idea of overhearing a couple of foreigners in his store talking about how they missed having turkey for Christmas dinner. Okawara hoped that a bucket full of fried chicken could be a fine substitute, and so he began his marketing plan in 1974, titled Kurisumasu ni wa Kentakkii, or “Kentucky for Christmas” in English.

It was a masterpiece; the Party Barrel for Christmas took off quickly and so did Okawara, who would later become CEO of Kentucky Fried Chicken Japan from 1984 to 2002.

This year the company is selling the standard Kentucky Christmas bucket of chicken for 4,000 yen ($35.27 USD) which includes 8 pieces of fried chicken, a chocolate cake, salad, and a commemorative Christmas 2018 plate. If you’re feeling fancy; you can get a whole roasted chicken from the premium series for a total of 5,880 yen (51.84 USD). If you visit the store while in town, make sure to take a selfie with Colonel Sanders since he’ll be dressed up as Santa Claus.

Due to the sheer demand of fried chicken, 7-11, Family Mart, Lawson and various other convenience stores across Japan offer their own Christmas Fried Chicken packages at a cheaper price, so make sure to check them out!

Still hungry? How about Christmas cakes? I’m sure you’ve heard of them before since they’re a big tradition here. They are traditionally eaten on Christmas Eve or Christmas Day and are simply a sponge cake, frosted with whipped cream and often decorated with strawberries, and usually topped with a Santa Claus decoration. You’re able to purchase them throughout the whole of December at any convenience store or supermarket, but the higher-quality cakes require you to pre-order them, similar to how you can pre-order your Christmas dinner at KFC. If you’re a die-hard fan of anime, Anime Sugar and Premium Bandai offer anime-themed Christmas cakes for the season but your selection is limited. 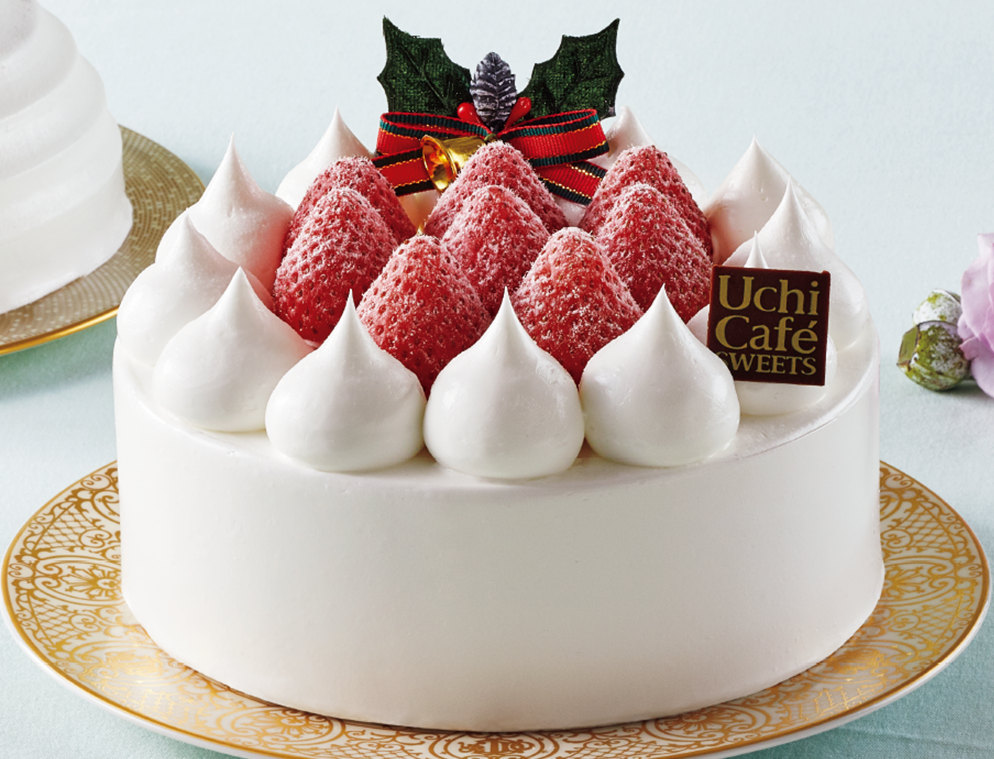 I would be down to eat dragon balls. pic.twitter.com/MWyyhqLKR3 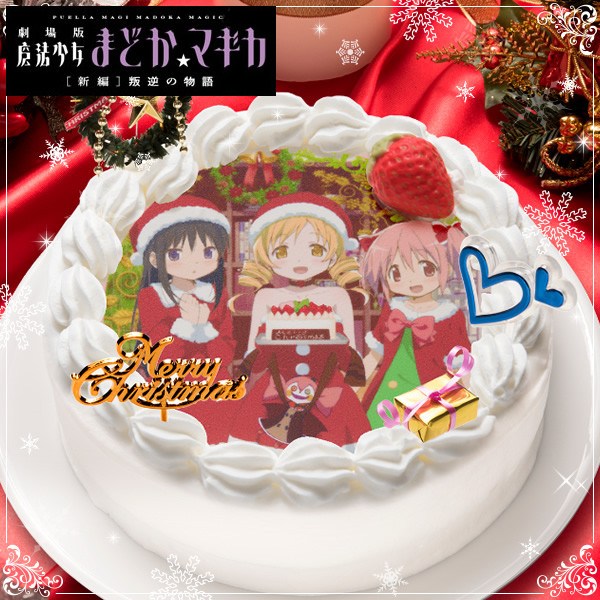 If you’re a fan of video games, I would highly recommend to check out an arcade in December. Not only will it be decorated for the season, but you’ll be able to win a figure of your favorite anime girl in a Christmas themed outfit. What more could you ask for? If you’re a fan of the Initial D series, you should definitely out any of the Initial D Arcade Stage games! Grab a canned coffee from one of the vending machines and get your drift on! 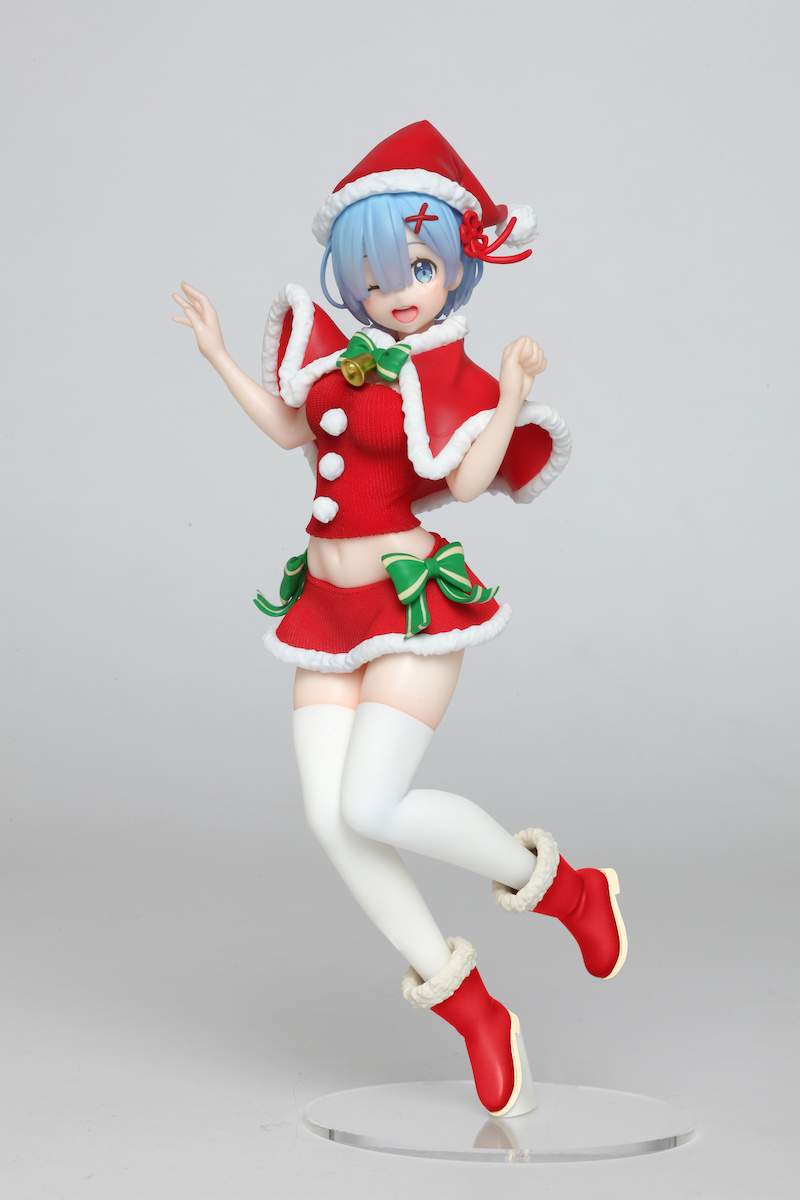 Or how about the Pokémon Center? Pokémon is without a doubt one of the most popular franchises that everyone knows about and for the past several years, the Pokémon Center has had both Christmas and general winter-themed promotions.

Upon entering the store, you will be welcomed by various Pokémon merchandise kitted out in a Christmas outfit or theme. It gets rather busy around this time of year, so make sure you’re ready to grab what you want.

This year Pikachu, Eevee, Bulbasaur, Charmander, Squirtle, and Mew take the spotlight for the limited merchandise available this year.

I’m sure you’ve all heard of the holy land Akihabara which has evolved into the home of Japan’s Otaku culture of manga and anime over the past few years. While it’s busy during the day, it is surprisingly peaceful at night and then we have Club Mogra, the host of the world’s best anison (anime songs) events and the party starts after sunset and it’s open all night so you can party until early morning!

While it isn’t a huge club, it has two floors. The first floor has a warmly lit lounge and bar area upstairs where you can also watch the live-stream of the event on Twitch, with tables, chairs, and coin lockers.

Go down to the basement and you’ll stumble upon the main party area which consists of a dance floor, a bar, and a high-quality sound system. The atmosphere is rather different compared to the first floor and it gets heated and intense as the night goes on.

I would personally recommend attending the Anison Index which is a regular event held on the third Saturday of every month. The DJ will play tune after tune with the theme of anime songs. The DJs are often in cosplay and there will be a lot of cosplayers amongst the crowd.

The experience you get at Club Mogra is rather unique and authentic, you won’t find anything like it outside of Japan and if you enjoy music, I guarantee you’ll have a magnificent time.

Overall, there is a wide variety of things to do while in Japan during the holiday season so don’t limit yourself!