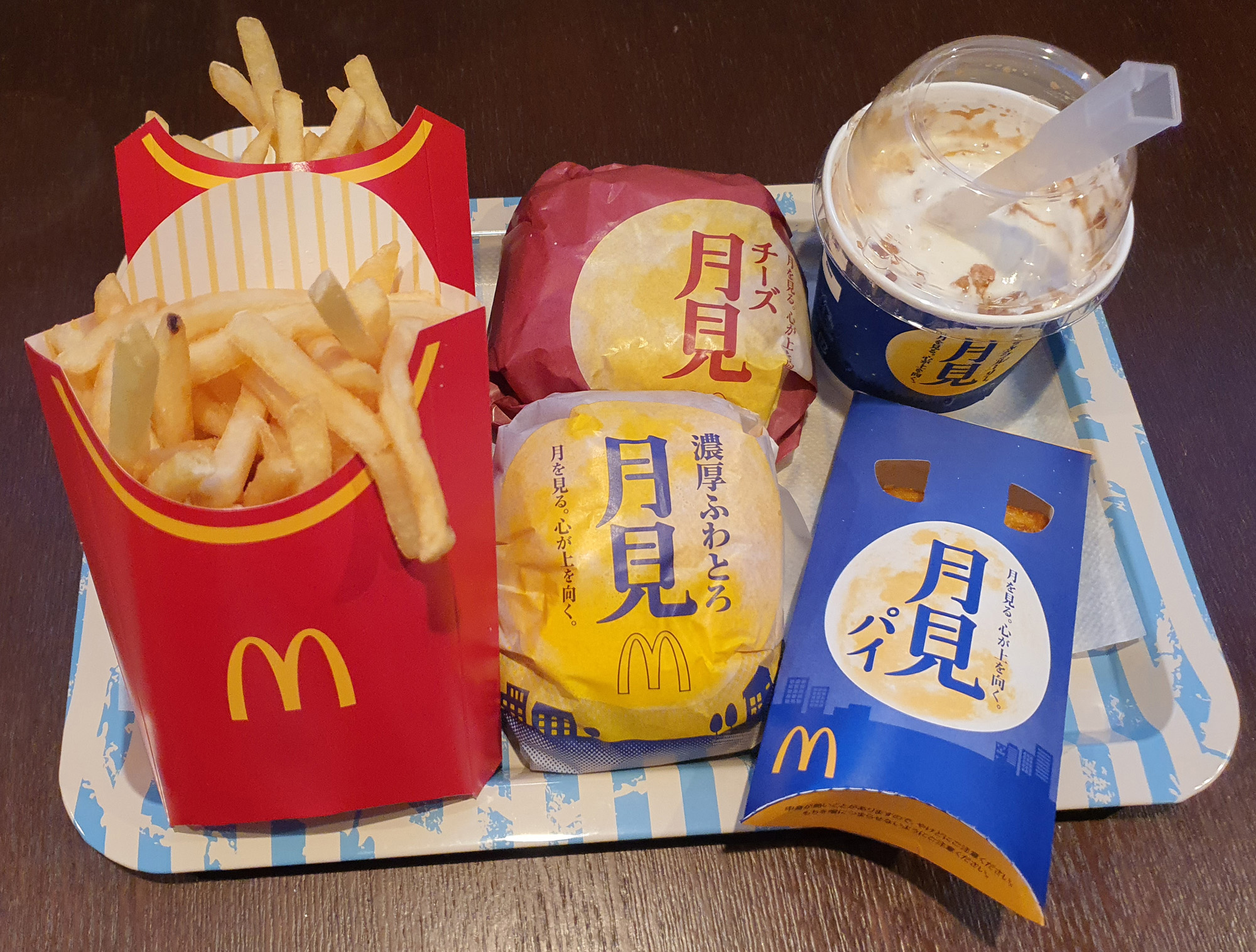 One of the fascinating things about Japan is the limited-time seasonal products. Since autumn is nearing, McDonald’s Japan is offering the yearly Tsukimi Burger (月見バーガー) for a limited time.

The burger is named after the popular Japanese tradition of tsukimi (月見) which is a mid-autumn moon-viewing festival honoring the bright autumn moon. Each burger has an egg that is supposed to resemble the moon. 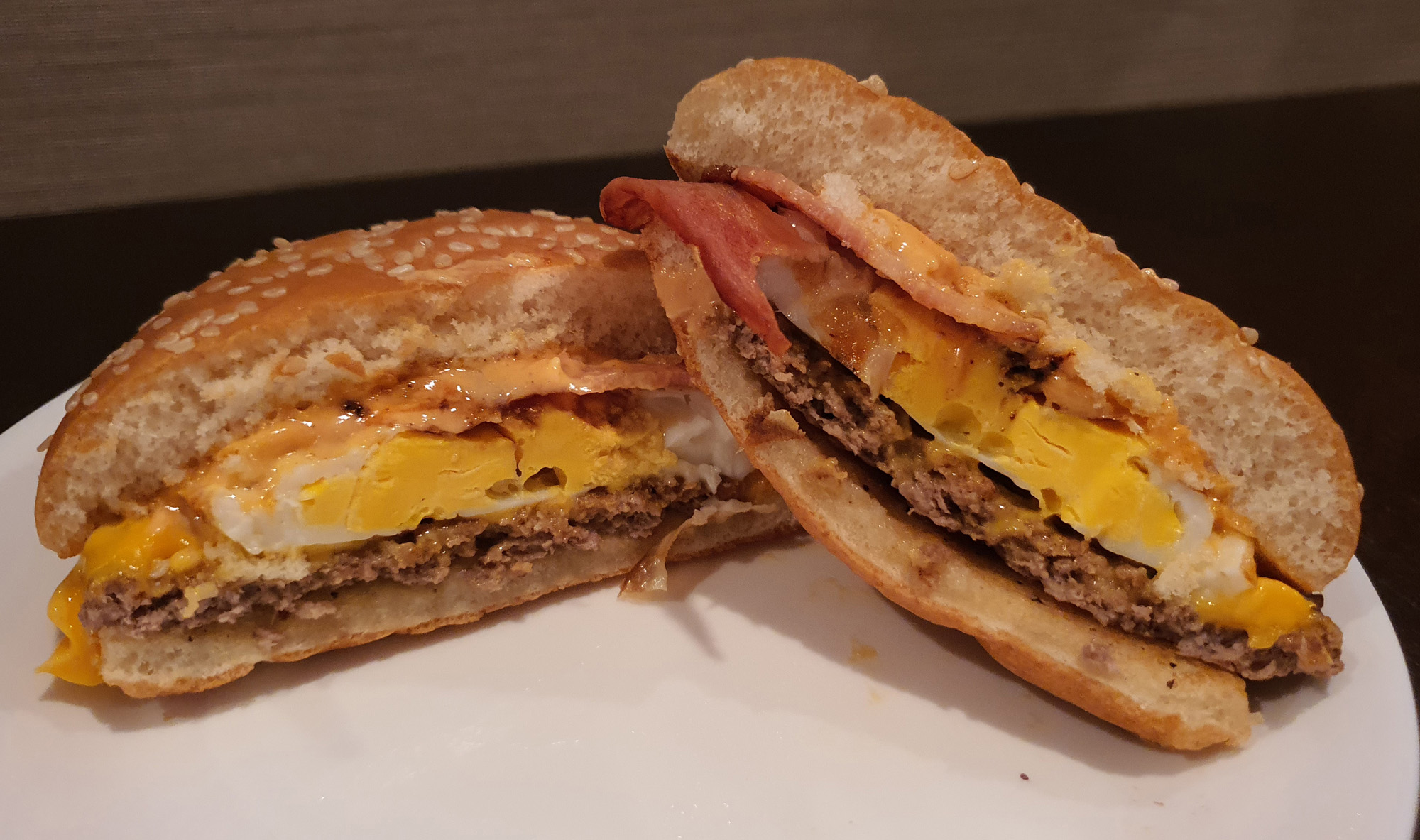 The Noukou Fuwatoro Tsukimi burger is the same as the Cheese Tsukimi Burger but has a different type of bun and adds a layer of fluffy scrambled eggs under the beef patty. 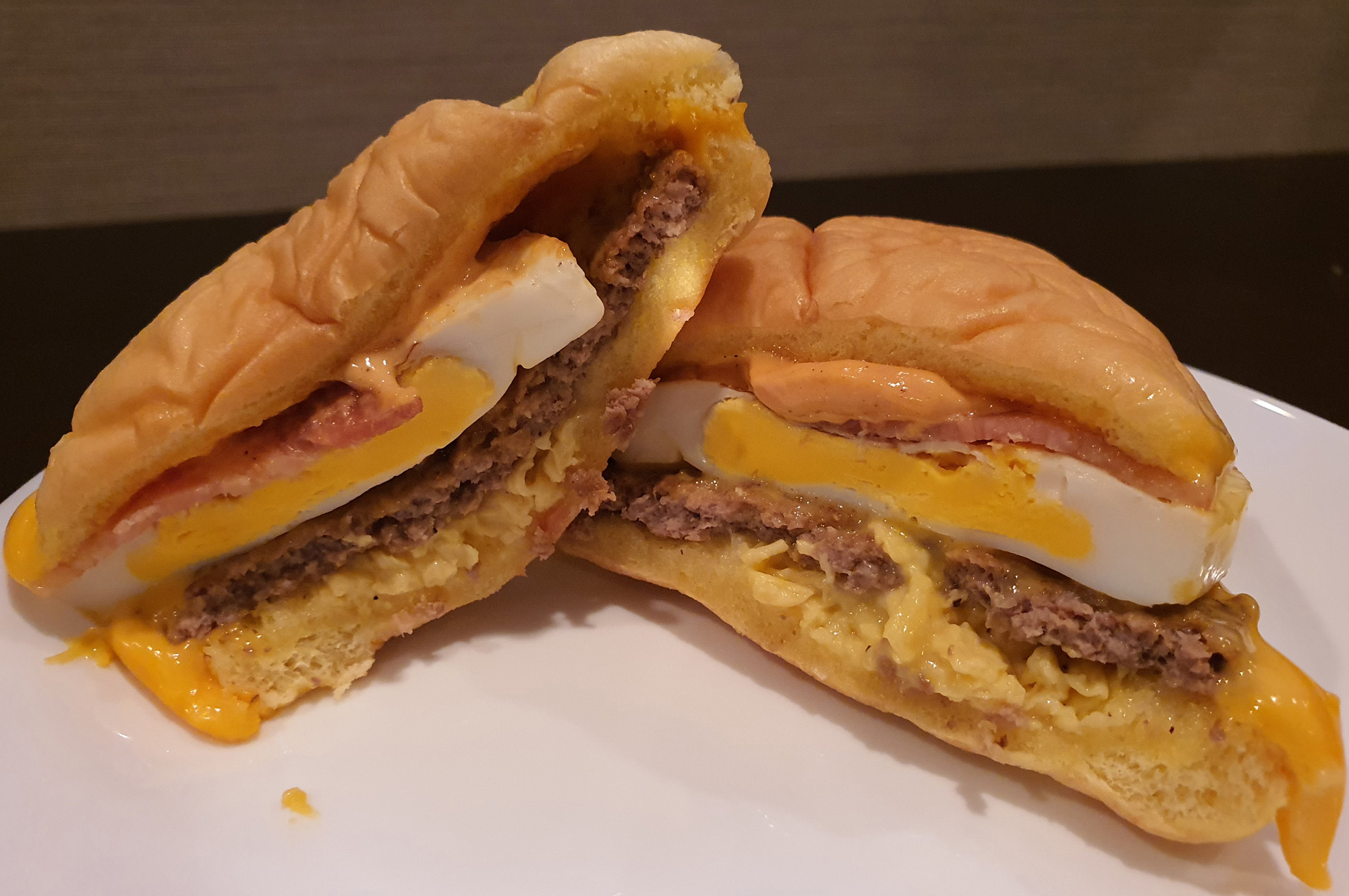 Sadly the Tsukimi McFlurry melted by the time we got home but it’s a combination of warabi-mochi (bracken starch), kuromitsu sauce (brown sugar syrup), and crushed ice cream cone and kinako (roasted soybean). 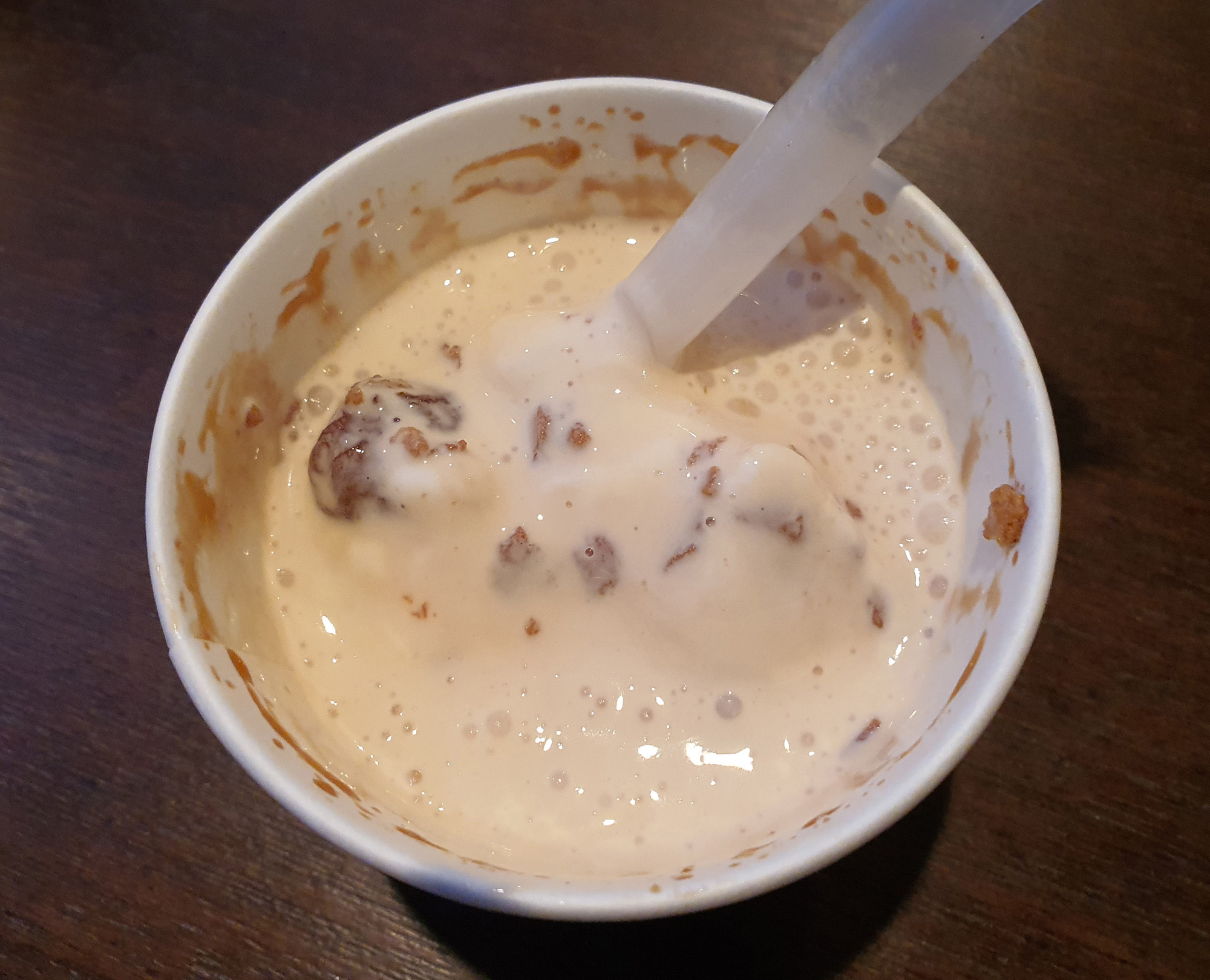 The Tsukimi Pie that was a huge hit last year is back again and it’s a crispy pie filled with sweet red bean paste with mochi. 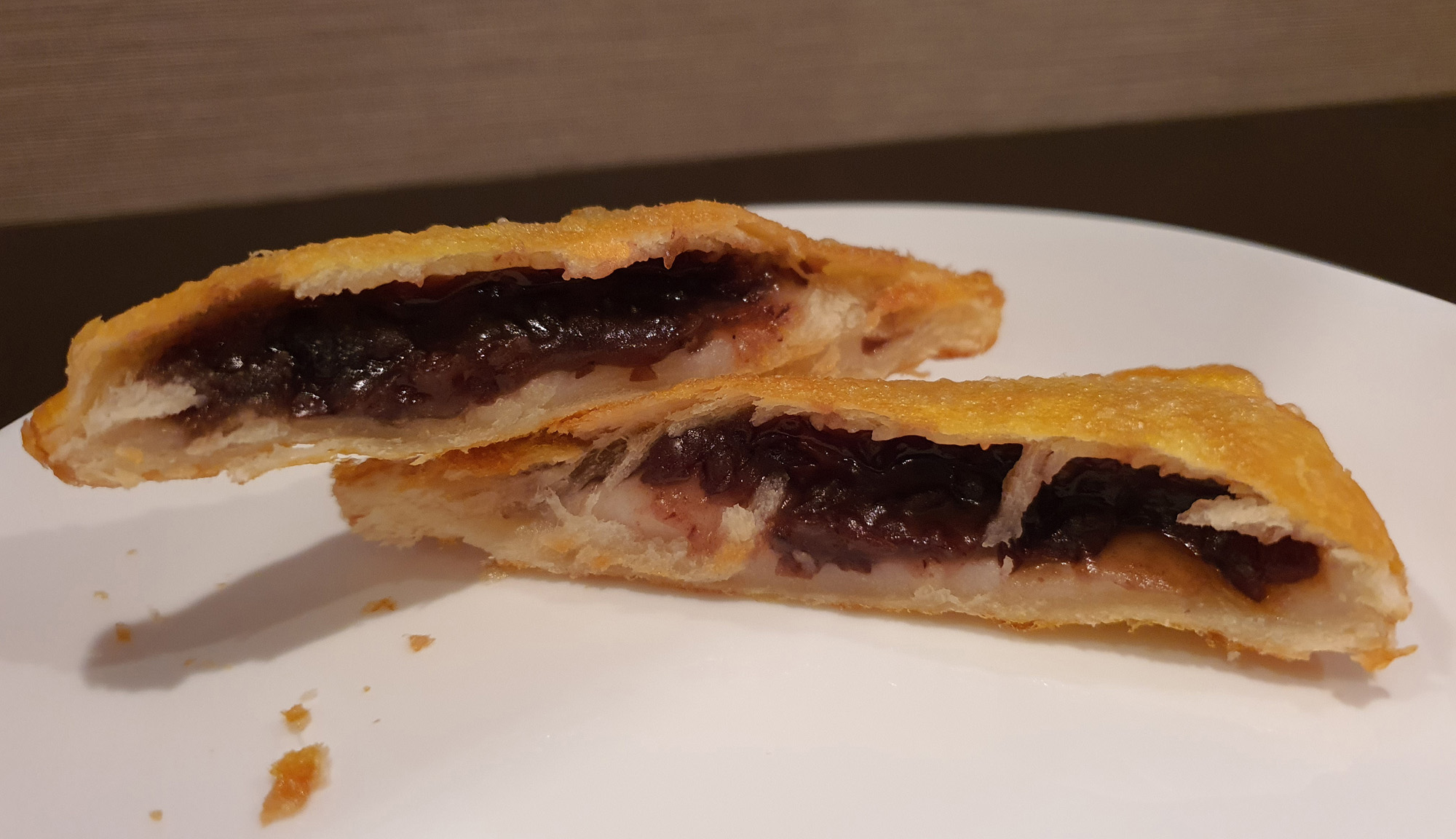 If you happen to be in Japan, I highly suggest trying out the Cheese Tsukimi Burger and Tsukimi Pie. They’re my favorites from this year’s line-up.