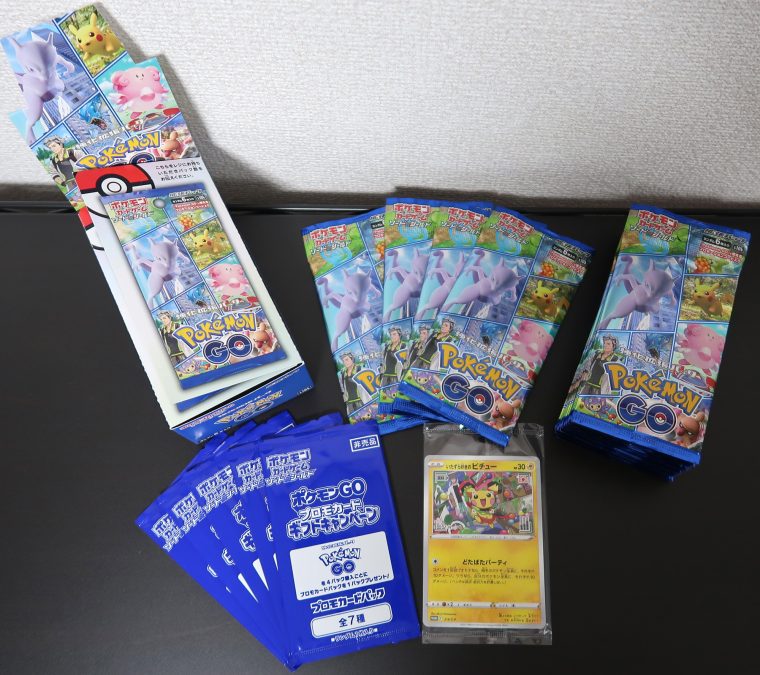 The Pokémon GO TCG set was released in Japan and is the first time the Pokémon GO franchise has been featured in the official Pokémon TCG.

When ordering from the Pokémon Center Official Site, the box is often Pokemon-themed; this time, it features adorable illustrations of Pikachu and Mantyke! The receipt also featured Pikachu.

Each pack has six cards and a bonus promotional code card that gives you items in the Pokémon GO mobile game.

The Pokémon GO TCG box set includes 20 packets and each packet has six cards and the bonus promotional code card. Here are some of my personal favorites from my pulls.

This set includes a hidden Pokemon, Ditto! If a card has a special Ditto icon on the lower left corner of the card, you can peel it away to reveal Ditto.