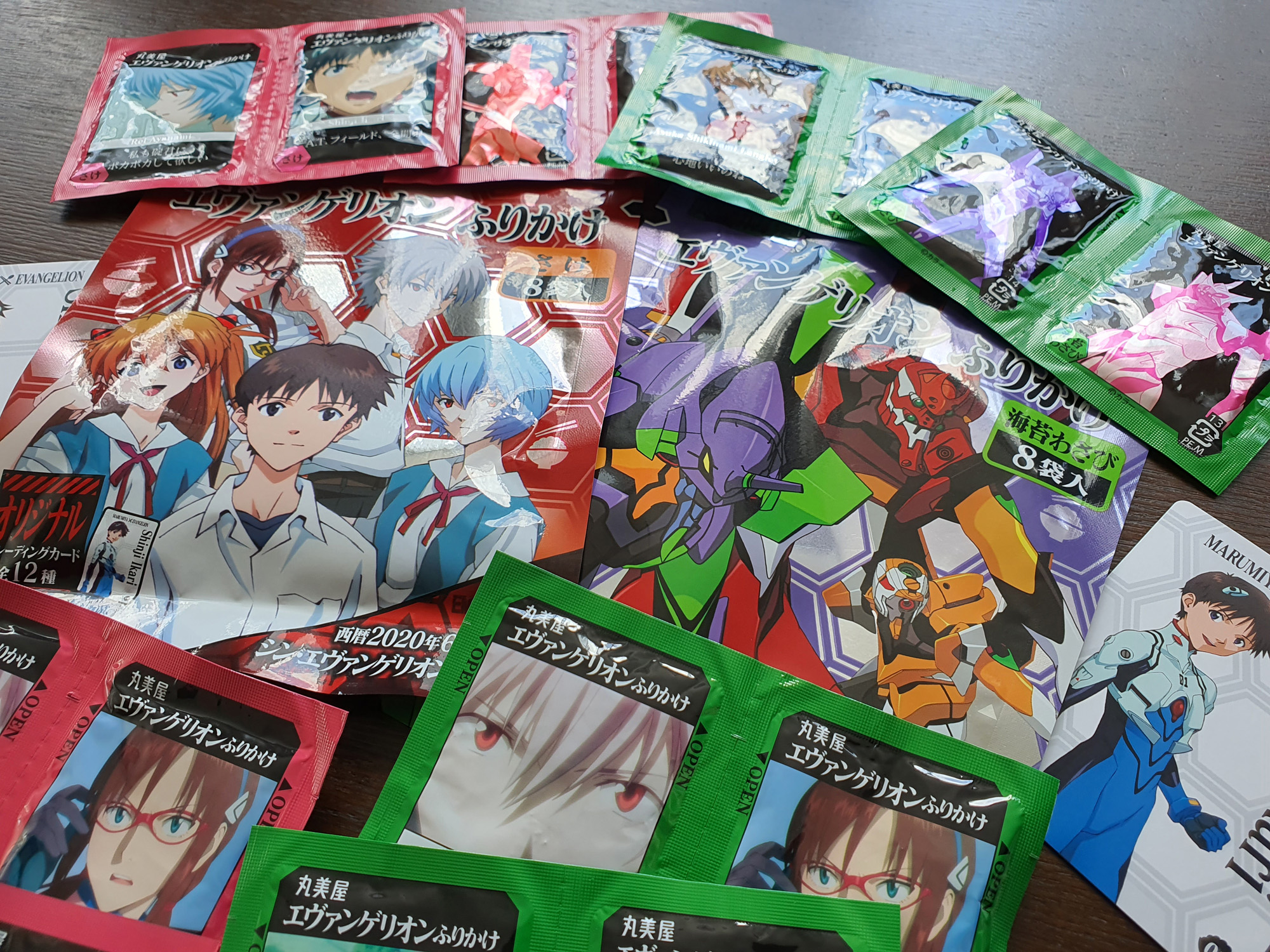 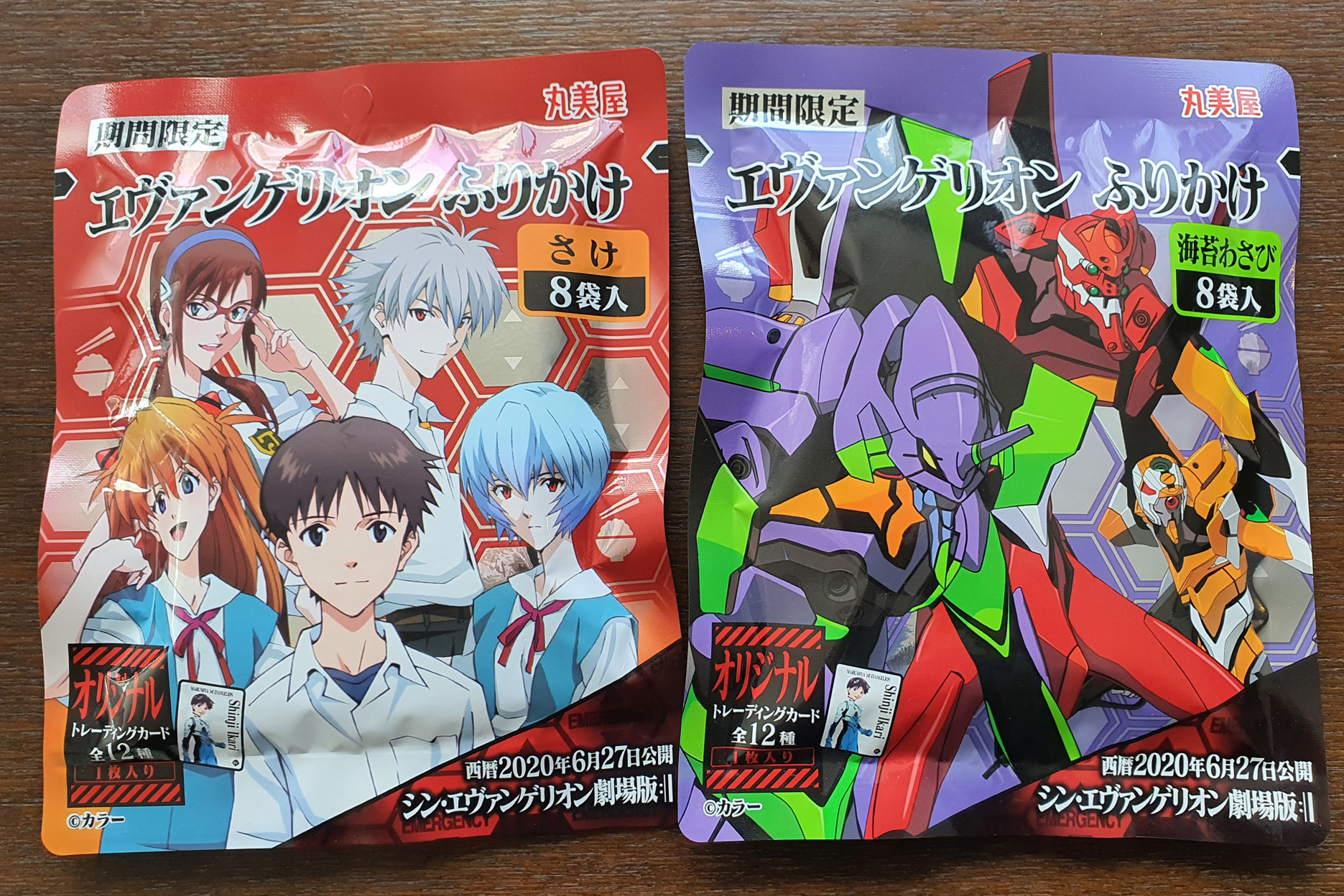 Furikake (ふりかけ) is a Japanese seasoning and it is mostly known as a type of rice topping. It can also be used for vegetables, and fish, or used as an ingredient in onigiri.

The packaging features Neon Genesis Evangelion illustrations featuring characters from the series and each packet of furikake (ふりかけ) has a total of 8 single sachets with various scenes from the anime.

With each packet, you have a chance to get one of the twelve limited original Marumiya x Neon Genesis Evangelion cards. 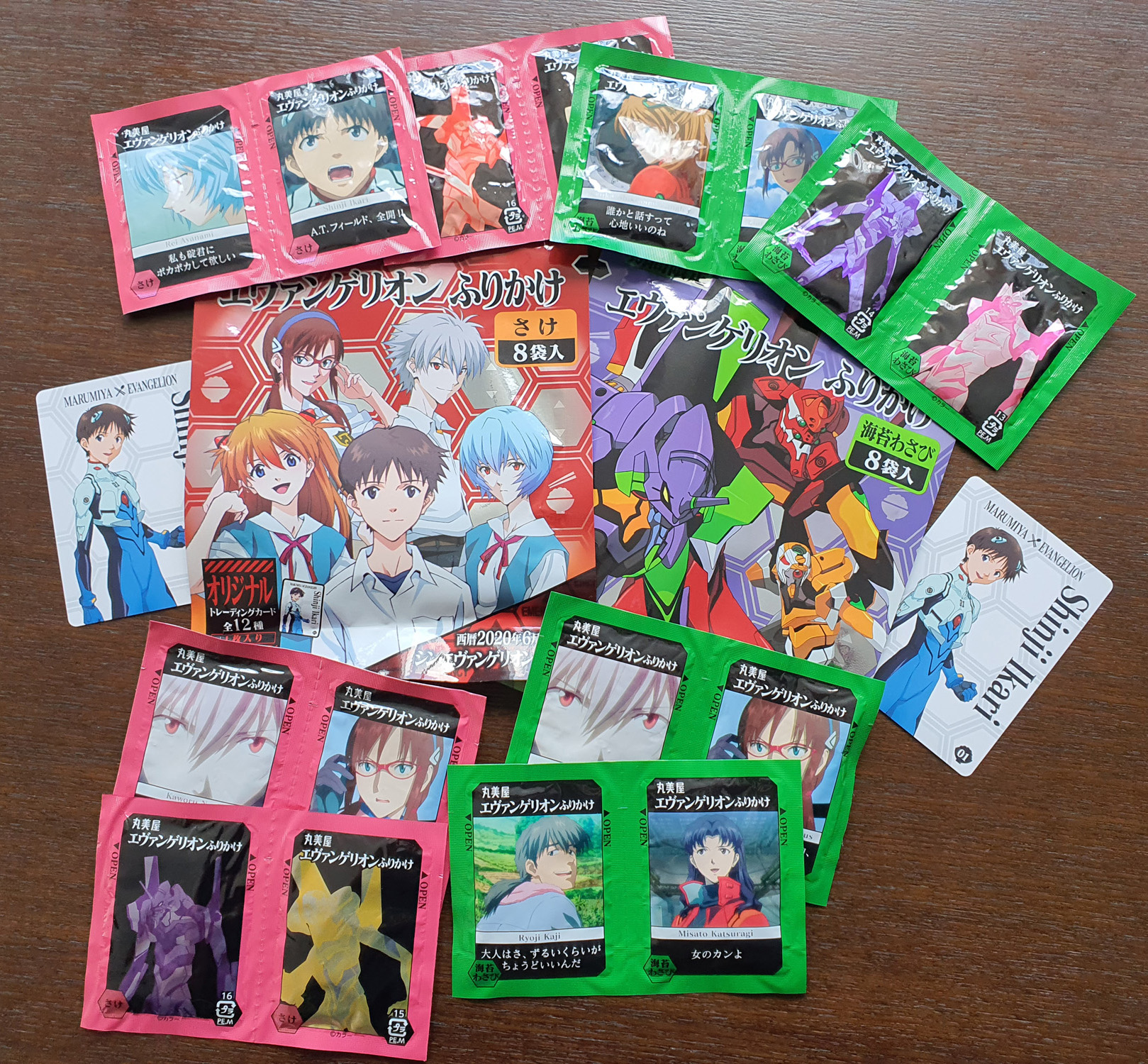 The red packet of furikake is salmon flavored. 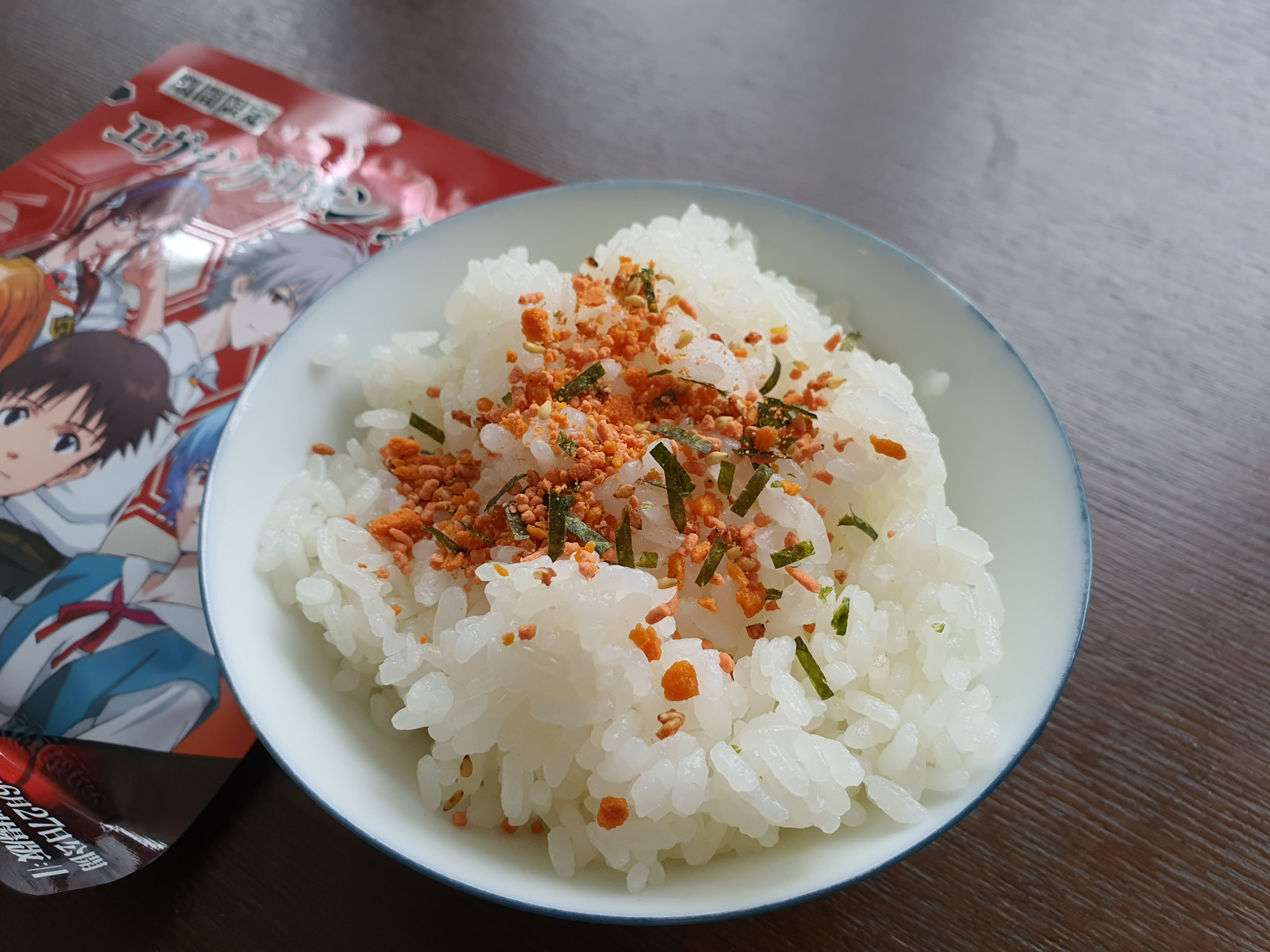 The purple packet is seaweed and wasabi flavored. 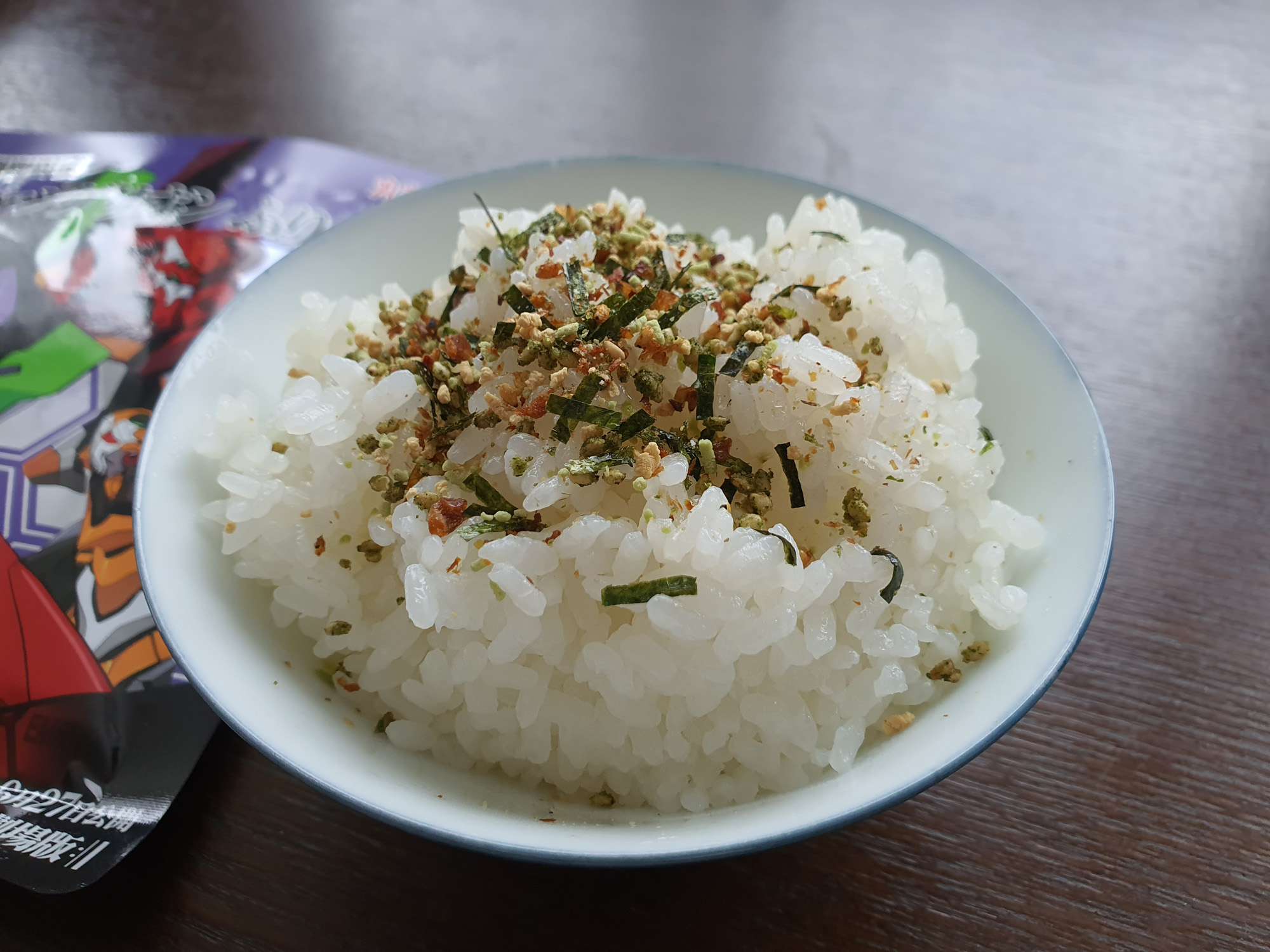