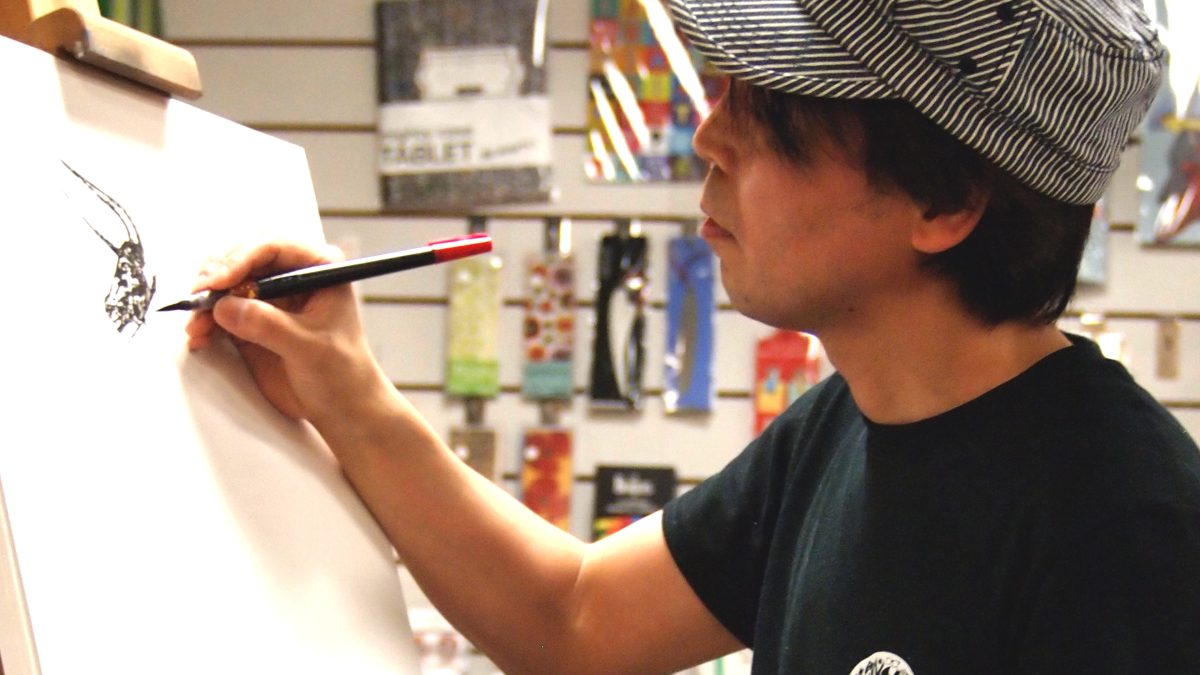 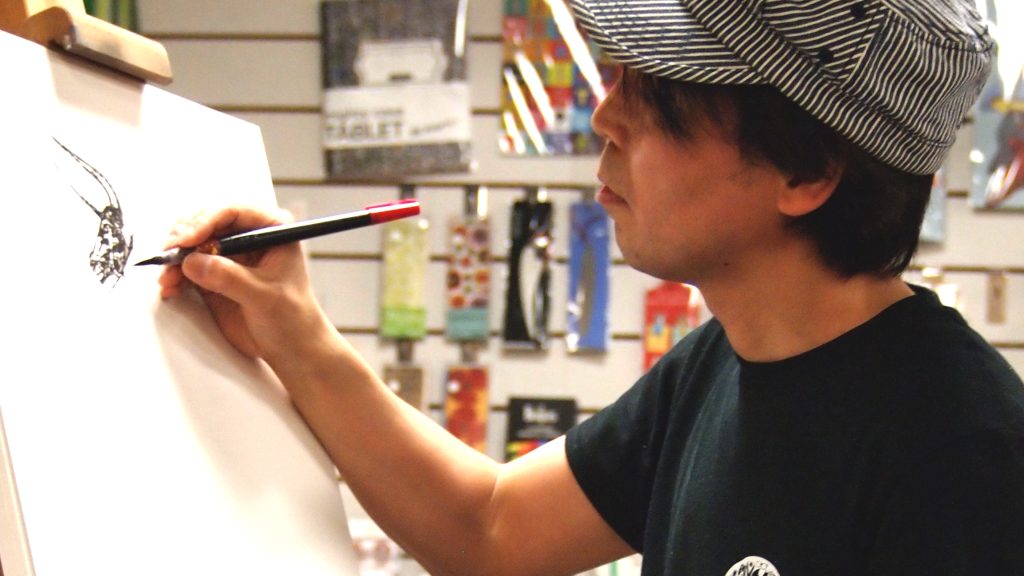 To celebrate the interview we have decided to host a giveaway and give a total of 4 winners a chance to get their hands on some signed books from Mitsuhiro Arita!

To enter the giveaway, all you have to do is complete some simple tasks in the widget below. Good luck!

Mitsuhiro Arita is a Japanese artist who was born in Fukuoka in 1970 and is now living in Tokyo. He has been working as a freelance artist since 1996 and the first project he worked on was the Pokémon Trading Card Game, which he’s been working on for more than two decades.

He has created art for several other trading and collectible card games based on franchises like Power Rangers, Shin Megami Tensei, and Monster Hunter, among others. 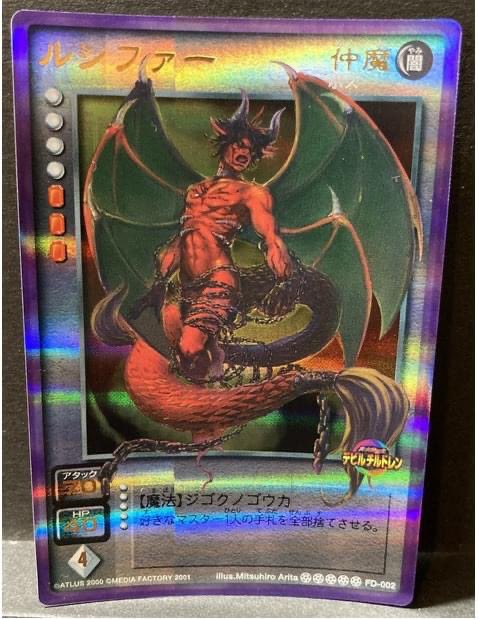 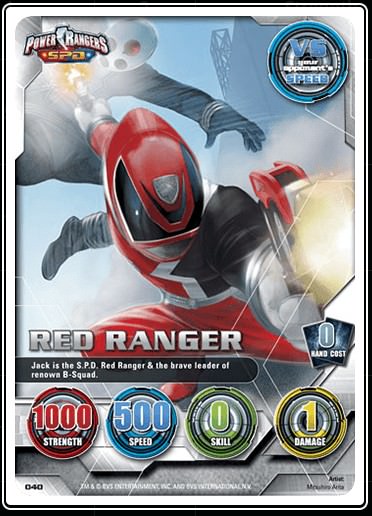 In the early part of his career, he worked for Shinkigensha, a publisher that specializes in mythology, history, and fantasy books.

Mitsuhiro Arita worked as the worldview and set concept designer for the anime film trilogy Berserk: The Golden Age Arc (2012-2014) by Studio 4°C. You can read more about that on his website. There is also a video about this subject that can be viewed on YouTube here.

He’s also contributed a slew of illustrations to Final Fantasy XI‘s online content for over ten years, including written articles, featured works, and cover art for a variety of publications. 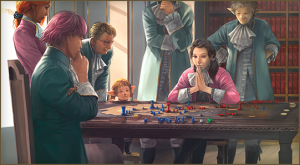 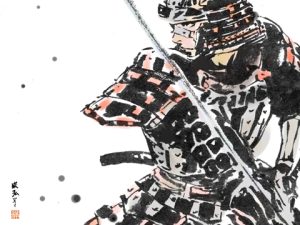 Without further ado, let’s dive into the interview!

Hi Mitsuhiro Arita, thank you for taking the time for this interview!

When did you start drawing? Was there something that inspired you to become an artist?

I don’t remember when I started drawing. I think it started around kindergarten. I loved dinosaurs as a child, and I vaguely remember drawing and sculpting them using clay.

You’ve been drawing for over 25 years. What inspires you to keep drawing?

All my personal experiences.

In my personal opinion, most people who become freelance artists generally desire self-expression and define their style and techniques, such as the use of colors and art materials. In my case, I decided to become an artist as a profession. After the first three years, I was at a standstill, and I felt that I would starve to death if I waited to find a chance to get a job that would use my artwork, so I decided to do everything I could to get a job, and I chose not to choose any genre, style, or technique. Being kept trying to handle any work, my financial situation improved. But now the question arises, can I survive without individuality and authorship? It would not be easy to look at my biography and understand that a single artist created it.

However, some say that no matter how much I change the surface of my work, there is a universally admirable quality.

Even if the subject matter, style, and materials are not consistent, some people research the works I have been involved with and try to collect as much as they can.

I think it’s because all my works reflect everything I’ve experienced in my life. Not only entertainment such as paintings, movies, and music but all the things I have seen and felt in my daily life since childhood is my inspiration.

Who are your biggest artistic influences?

Katsushika Hokusai. In his later years, he said, “I painted everything from the age of six, but nothing I painted before I was 70 was good”.  His most famous work is “Kanagawa Okinami,” which he painted in his seventies. Still, Hokusai could not see the crest of the breaking waves when he painted “Shiokuri ha Toutousen no Zu” in his forties. After years of observation and exploration, Hokusai was able to see the crest of the waves breaking like countless hands grasping at each other, which can only be seen when photographed with a modern high-speed camera.

I have great sympathy because he did not adhere to a particular subject or style but continued to change through constant observation and ingenuity and tried to convey to the viewer what he saw and felt.

You can see the pictures of “Kanagawa Okinami,” and “Shiokuri ha Toutousen no Zu” in this article.

What is the best piece of advice you’ve received?

When I was starting, I received the following advice: “Put symbolic clarity into your pictures,” “The characters need to stand out,” and “We don’t need people who are just good at drawing.” I had doubts about all of these opinions and thought there was a possibility of the opposite. I didn’t follow them in the end. However, because of their advice, I realized and decided the direction I wanted to take under my responsibility.

The best thing to do is to take responsibility for yourself and make choices that are as easy on yourself as possible.

What other jobs have you done besides being an artist?

After graduating from university, I helped my father sell industrial machinery and oil for three years while posting pictures and making 3DCG. I have never been formally employed by a company.

Do you have a ritual you do before creating a piece of art?

When I draw in pencil, I wash my head and hands to prevent oil from getting on the paper. Most of the time, a picture comes to me automatically, so I don’t need to do anything special.

Do you prefer to draw illustrations on a piece of paper or digitally?

Both have their advantages to create a finished piece so I can’t choose. But to talk about rough sketches, I prefer paper, even if it is finished digitally.

As an artist, what are your most essential tools?

Do you have a preference when it comes to drawing?

I like to draw people, animals, objects, and so on but my favorite subject is water. There is no correct way to express it. There are just unlimited possibilities.

Which illustration did you put the most effort into?

As a professional commercial Illustrator, I always put the most effort into it, I don’t have a specific one because I try to make all my work pictures the best pictures I’ve ever made. However, I think I naturally put a lot of effort into the first picture I draw for a new project, where no one involved has a definitive vision, and I’m completely trying to see how much of my imagination I can embody.

During your live streams you often listen to music, what genre of music do you enjoy listening to the most while working?

I used to listen to music while I worked, but the author of the book “Animator’s Survival Kit” wrote a story about when he was young. He was so excited to meet one of Disney’s Seven Old Men that he asked him, “What kind of music do you listen to while you work?” The old man replied, “I can’t draw while listening to music! How many brains do you have in your head!?”

So I tried consciously blocking out the sound and worked on it, and I realized I could have a much clearer image than when I was listening to music. Especially when drawing rough sketches. After that, I started to draw while being aware of how my brain was being used.

When I get to the stage of finishing the details, it starts to feel like work, so I sometimes listen to music to avoid getting bored with the work.

Recently, I’ve been listening to YouTube videos on English, art, economics, and science, but I find that I often lose focus on the painting, so I think it’s not good to work at the same time.

What are your upcoming plans for 2022?

I’m approaching the age when my mother passed away, so I’m thinking about what I can do while I’m still alive for everyone who supported me until I became the person I am today. This is part of the reason why I have been actively doing events overseas and special classes and lectures in Japan and abroad. Nobody can do it instead of me.

In the middle of 2020, I started focusing on YouTube Live Drawing. Since I constantly received purchasing requests for the pictures I drew there, I opened a store in June of 2021. The entire making process is open to the public, so there is no doubt that they are my work, and customers can purchase them in an auction format without going through a gallery; even the price is up to the customers. There is no more transparent commerce than this, isn’t it? There is no room for fraud or unfairness.

The Animals in Suits series that I recently started has been very popular, so I’m going to focus on the store and expand my ability to create my work, such as prints and goods.

Other than that, I have been getting commission requests, but I would like to create a situation where I can choose work after careful consideration. I don’t have a definite schedule at the moment, so please get in touch with me if you would like to discuss work. However, regarding start-up and indie projects that have no track record and no funds to pay upfront, we do not accept them.

Do you have any hobbies or interests outside of art?

Cooking and working out. But to me, those are a part of my work to be honest.

About cooking, one reason is health for sure. Another reason is, about 10 years ago, I realized that to cook without tasting, just doing only with the imagination is quite similar to creating artwork. Therefore, it’s a part of my training to enhance my imagination.

What is your favorite type of food?

I always try to enjoy what’s in front of me. Having preconceived notions and narrowing down the possibilities will only make life boring. Even if a dish has the same name and is prepared by the same person, it is not completely the same every time. If you pay attention to the subtle differences in how you feel, you will enjoy eating more.

If I had to give something specific, I like vegetables in general.

What countries have you visited and is there any country you want to visit?

I have been to the United States, England, France, Italy, Norway, UAE, China, and Taiwan.

The country I would like to visit is where people are waiting for me.

Thank you for taking the time to be interviewed. Do you have a message for the fans?

I would like as many people as possible to know about the vast amount of work I have been involved in and feel the infinite possibilities that painting offers. I would also like to share the joy of creating with all kinds of subjects and materials in YouTube Live Painting. As soon as I’m ready, I’d like to do some live clay sculptures. I hope you subscribe to my YouTube channel and Store newsletter and enjoy the show with me.

Thank you everyone for taking the time to read this interview with the legendary Mitsuhiro Arita.