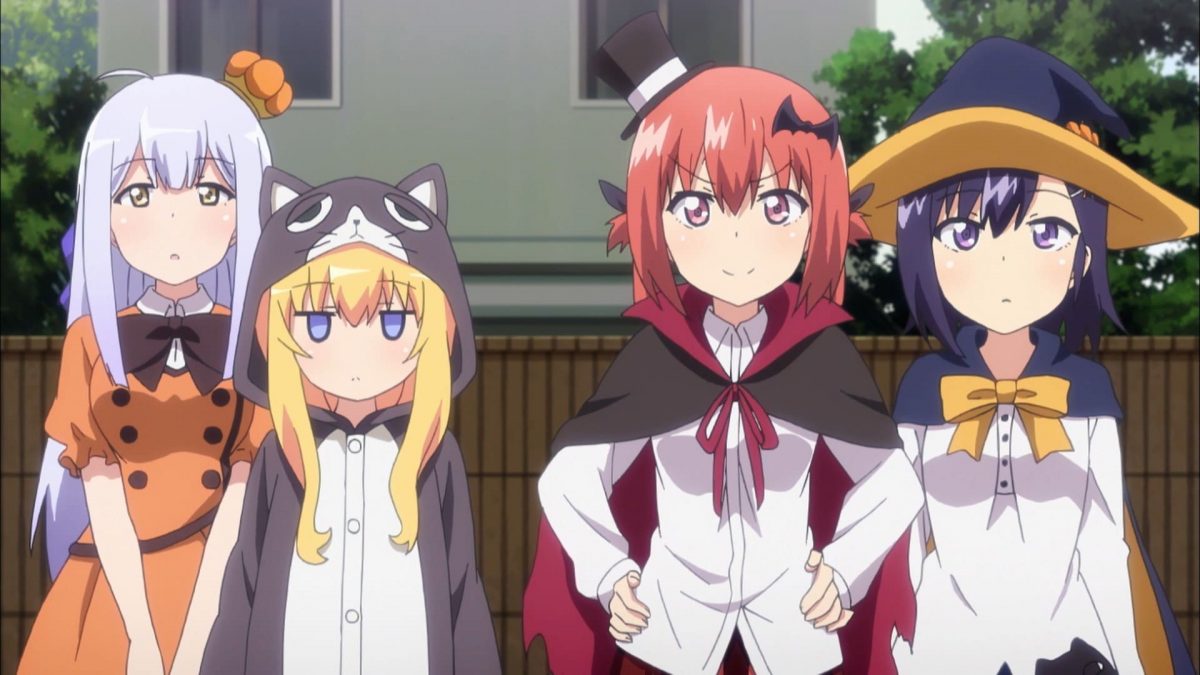 When you think about Halloween, you often think about treat-o-treating and chowing down on the candy you scored that night while watching scary movies. At least for me.

The appeal of Halloween in Japan is mostly for adults who want to dress-up and enjoy a street party. The scramble crossing in Shibuya used to be the go-to for Halloween with over 70,000 drunk people crowding the streets and rocking it out until nightfall. It’s so popular that the streets surrounding Shibuya station are closed to vehicles every night from 6 pm -10 pm from October 27 until October 31.

It’s an open party so everyone is welcome! All you have to do is arrive in a costume of your choice and enjoy the vibes. However, due to the unfortunate events that occurred last year, public drinking is now banned in Shibuya during the Halloween season. So keep that in mind.

Roppongi Hills is another area that’s known for hosting Halloween themed parties. While it isn’t as dominant as Shibuya, last year it racked in a total of 3000 people. The theme of the “Halloween Parade” this year is based on movie characters, so get ready to see classics! Also, if children participate in the event, they will get free candy!

During Halloween, certain Japanese trains transform from a wonderful quiet peaceful place to a carriage full of zombies and nurses. This is a rather weird phenomenon that first started in the 1990s when foreigners were dressed up for Halloween and partied on the trains.

In this day and age, Halloween trains are more organized and have websites where you can sign-up for the fun. Can you imagine not knowing about them and being a regular commuter getting on the train?

If you’re a fan of theme parks, don’t miss out on the annual Halloween events!

Tokyo Disneyland is known to hold an annual “Disney Halloween” event and this year it’s scheduled to run from September 10 until October 31. The event includes a special parade, spooky decorations throughout the resort, special merchandise, 15 different types of Halloween food to be offered at various restaurants, and a spectacular firework show which will feature music inspired by Halloween!

Universal Studios Japan will also have a Halloween event scheduled to run from the 6th of September until the 4th of November. The main highlights of the event include various horror-themed dances, a Biohazard: The Extreme, Cult of Chucky, Hotel Albert Ⅱ -REQUIEM-, and Area 51 -Unidentified Encounter- themed horror maze, a spooky Sadako (The Ring) movie, and the Albert Lounge will be Halloween themed and include various spooky cocktails!

Sanrio Puroland, the home to the adorable Hello Kitty also partakes in Halloween! This year’s event titled “PURO HALLOWEEN PARTY ~KAWAII MASQUERADE~” will run from September 13 until October 31. It’s the park’s first mask-themed festival. During the day the park will feature a “Cute Masked Party” string of events but at night will be for the “Beautifully Scary Masquerade Party.”

With the sequel to one of the biggest horror hits in years around the corner, the IT Chapter Two will make an appearance. This time, Hello Kitty will be taking Pennywise’s place in the movie poster. 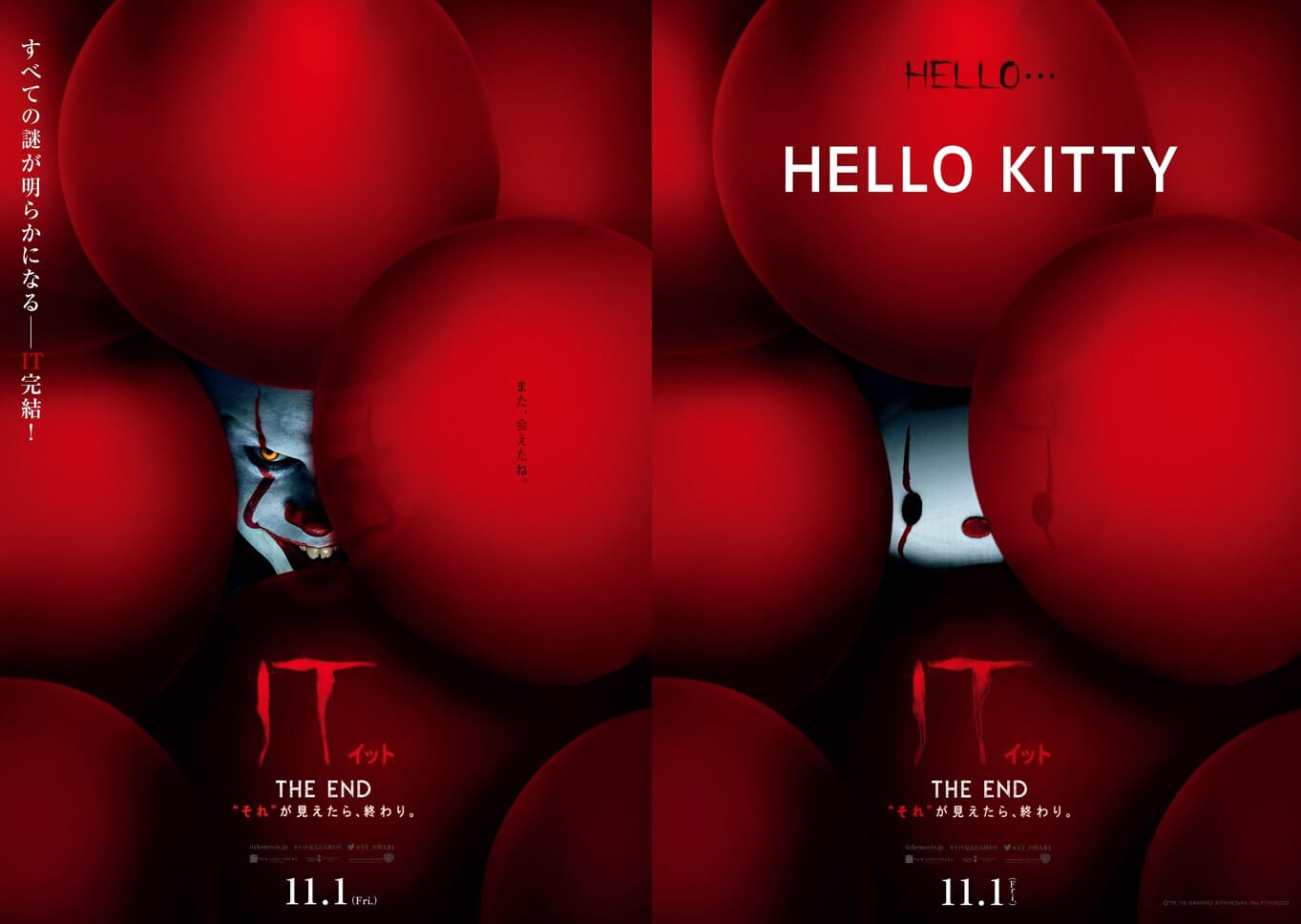 If you’re looking for something more relaxed, various Halloween themed restaurants and bars for a magical night also exist! The most famous one would have to be The Lock-Up which is a prison-themed izakaya (Japanese pub). The themed drinks are exceptionally fun and include bizarre solutions like a chemistry set, blood bag, and “time bomb” pills, which are ¥150 ($1.40 USD) each but they do help in getting you drunk.

They also have a prison cell that they lock you up in. One party member will be handcuffed and the group is led down a dark corridor to a somewhat lit prison cell with a table. I would say the place is more about the atmosphere than the food.

If you’re more of the quiet type of person, you can also pick up Halloween themed food from the supermarket or convenience store! You can read my recent blog post about Halloween snacks here. 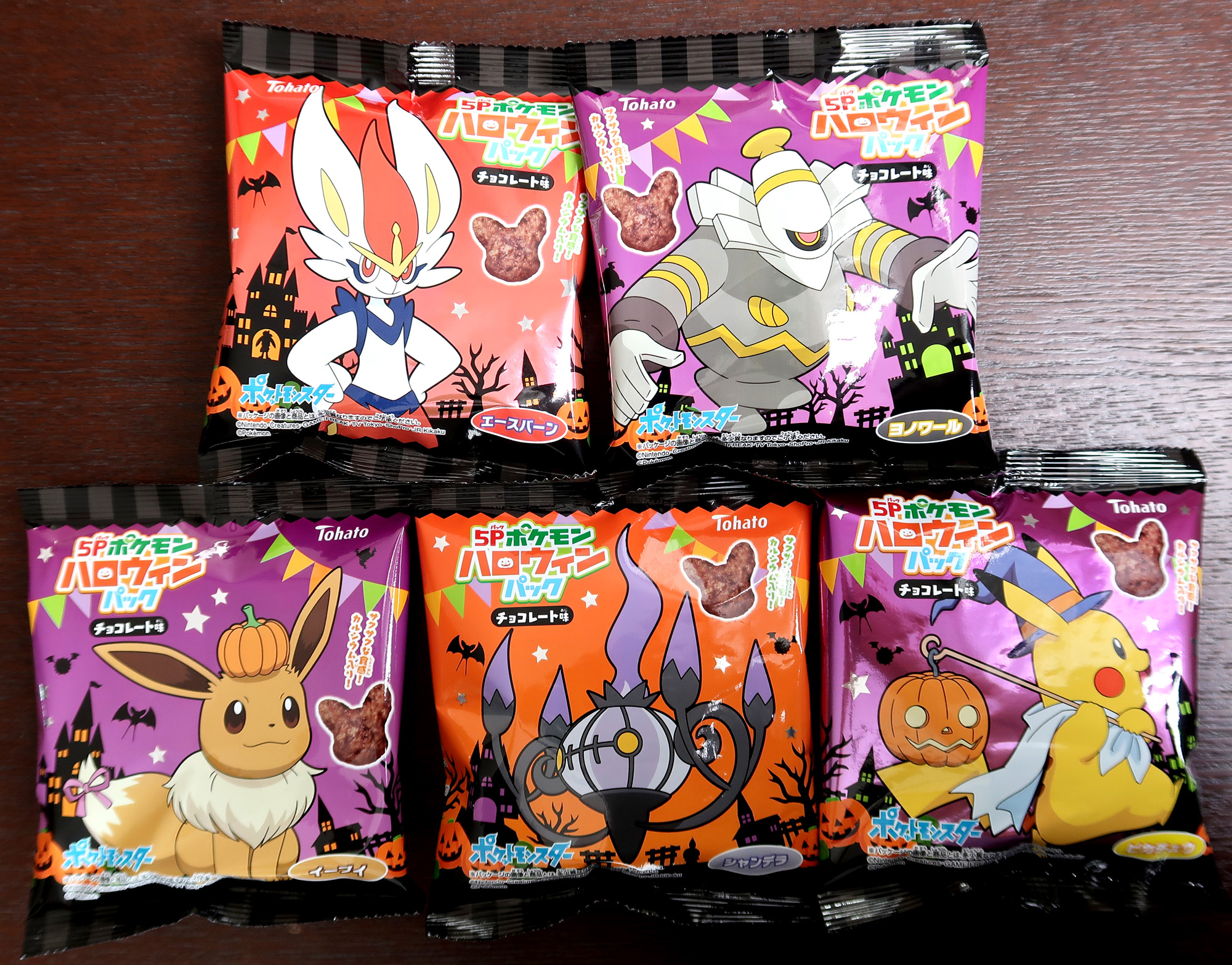 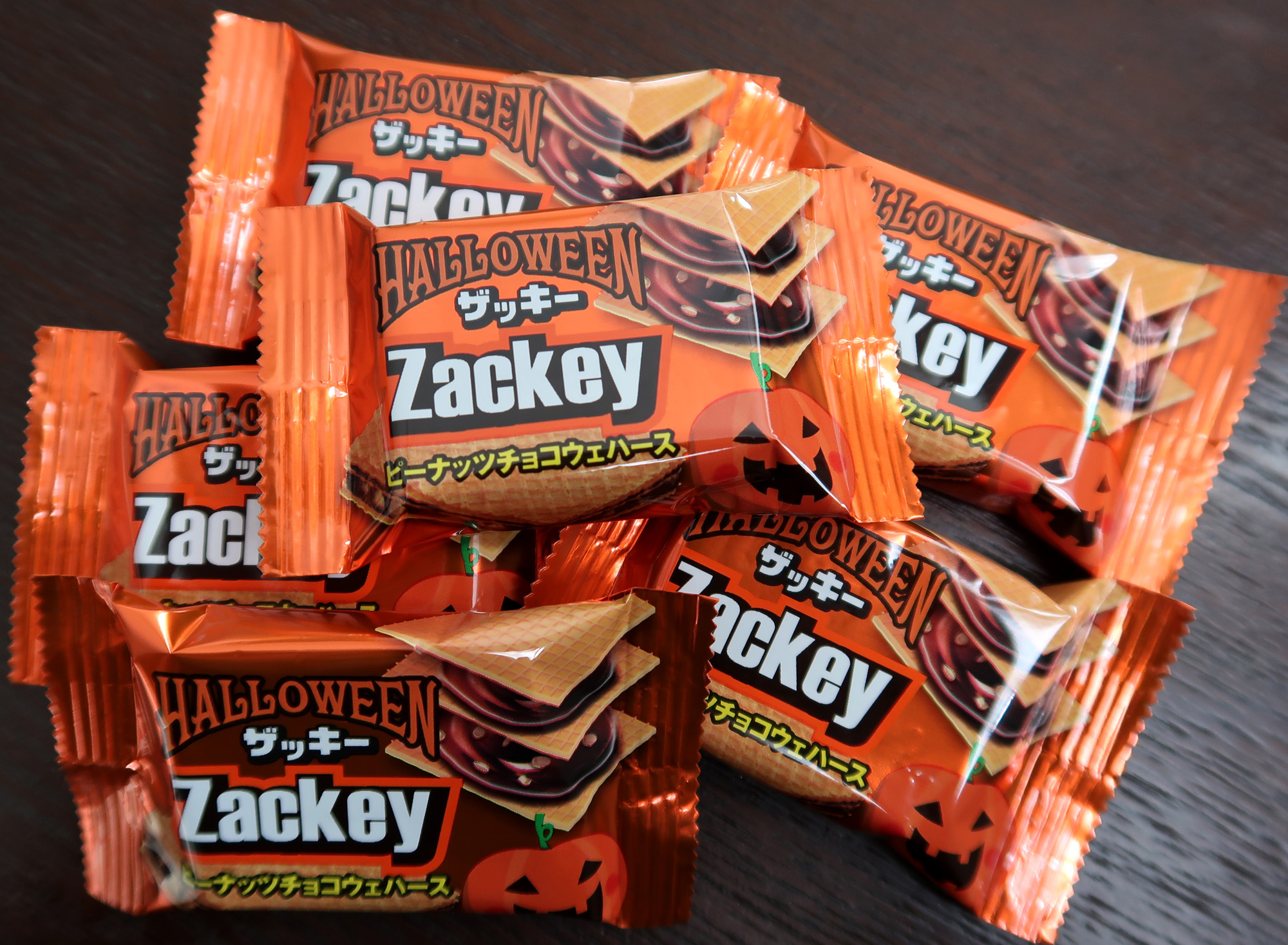 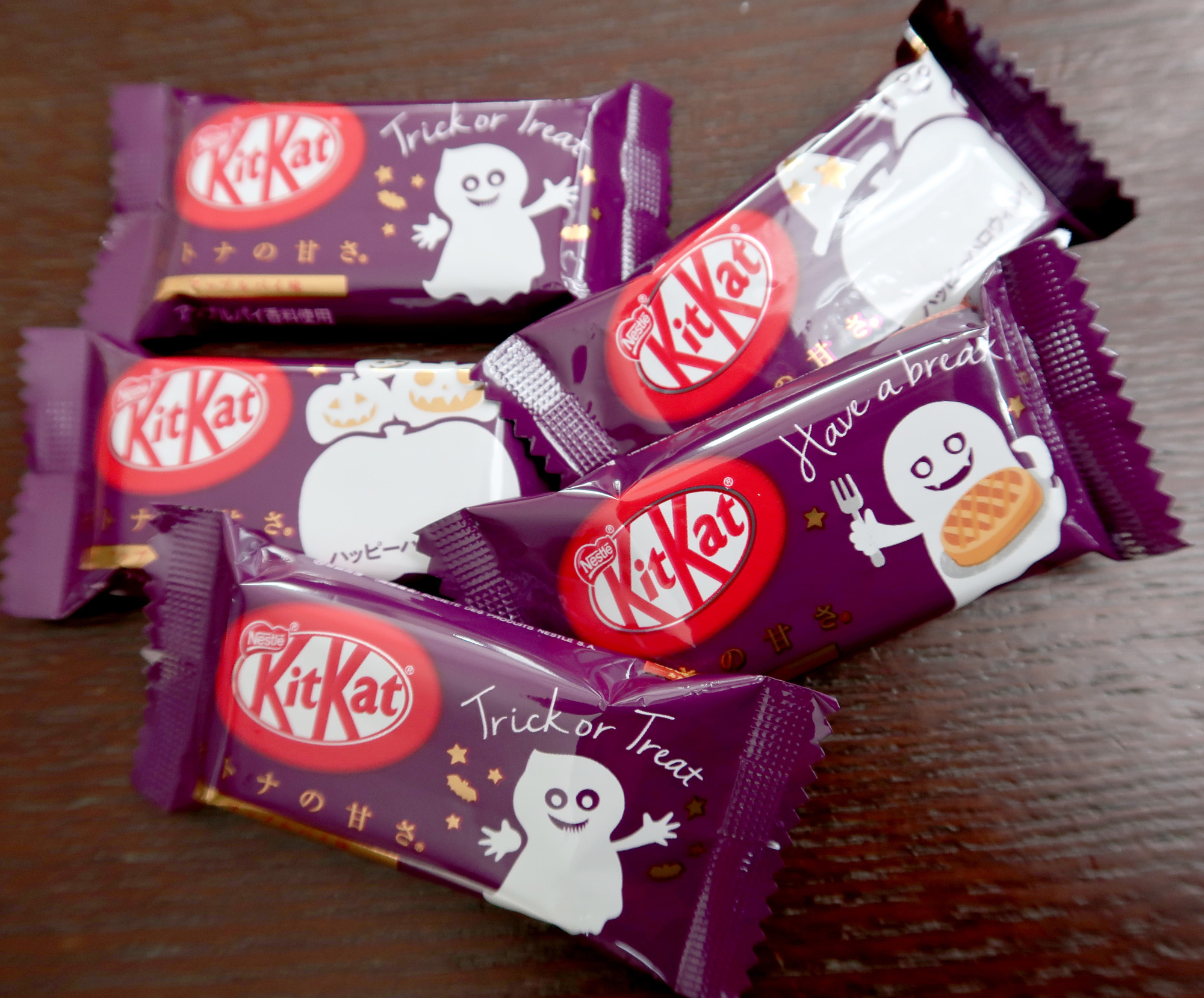 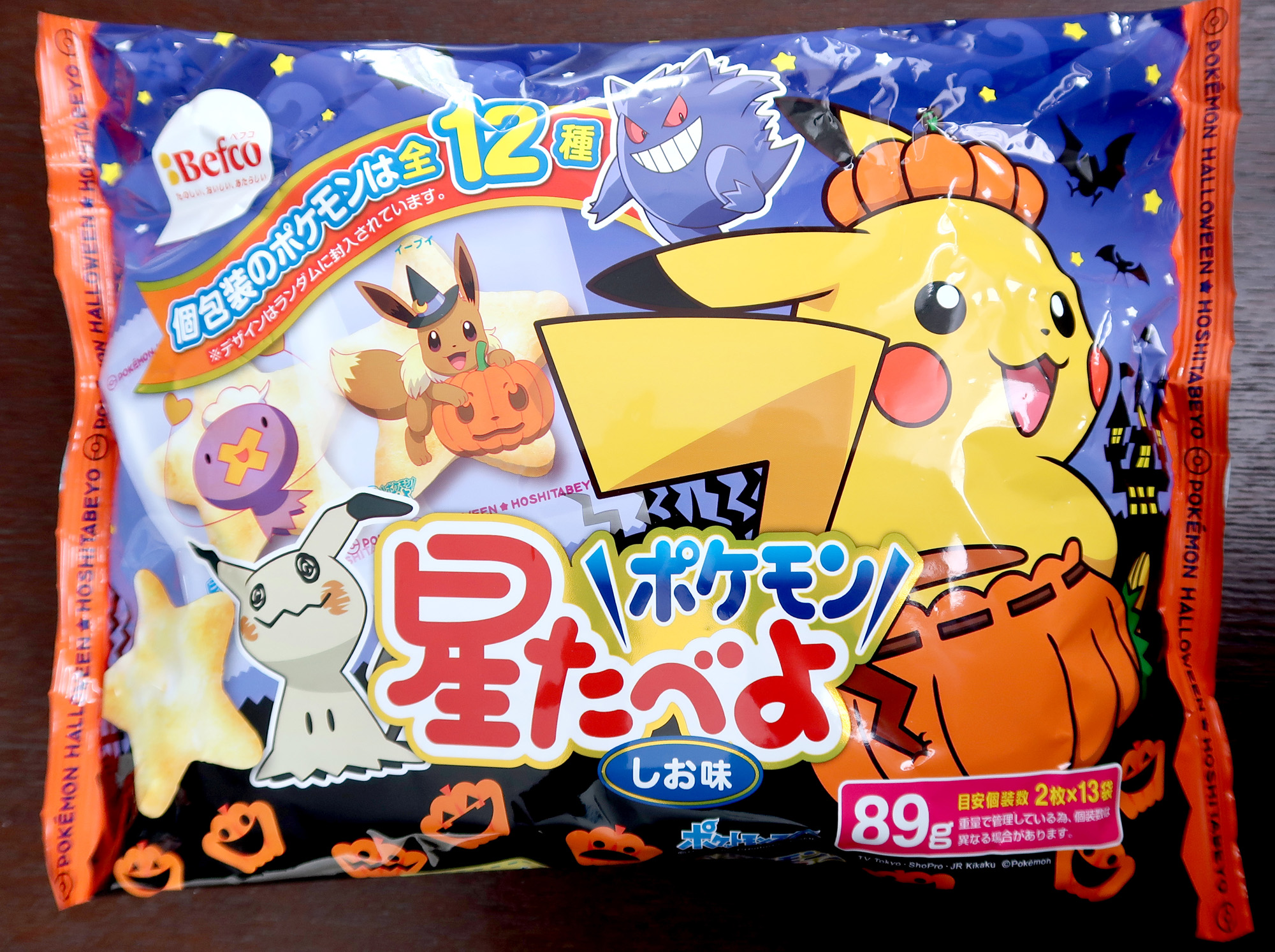