The Famous Daruma Bento Which Is Sold at Train Stations 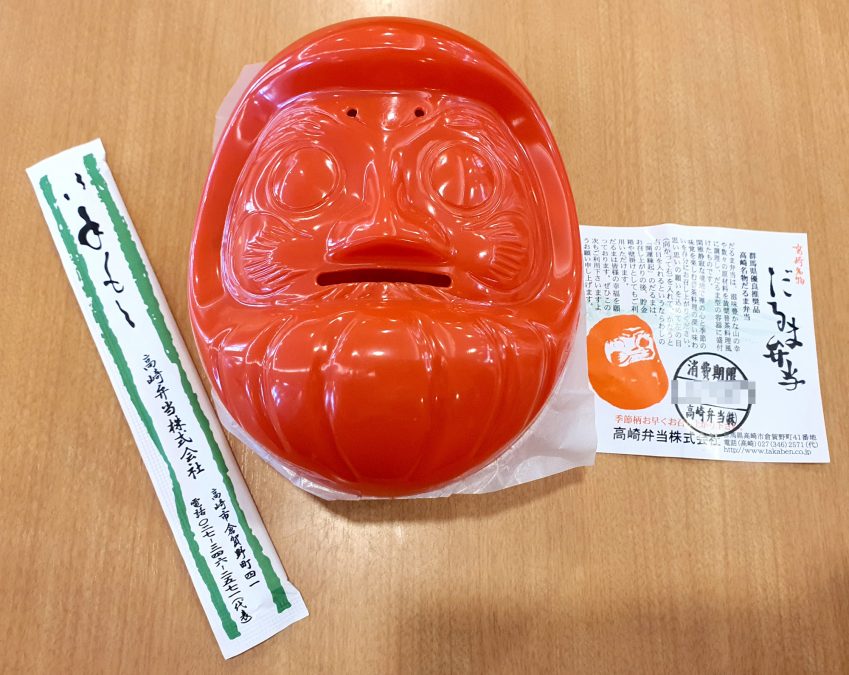 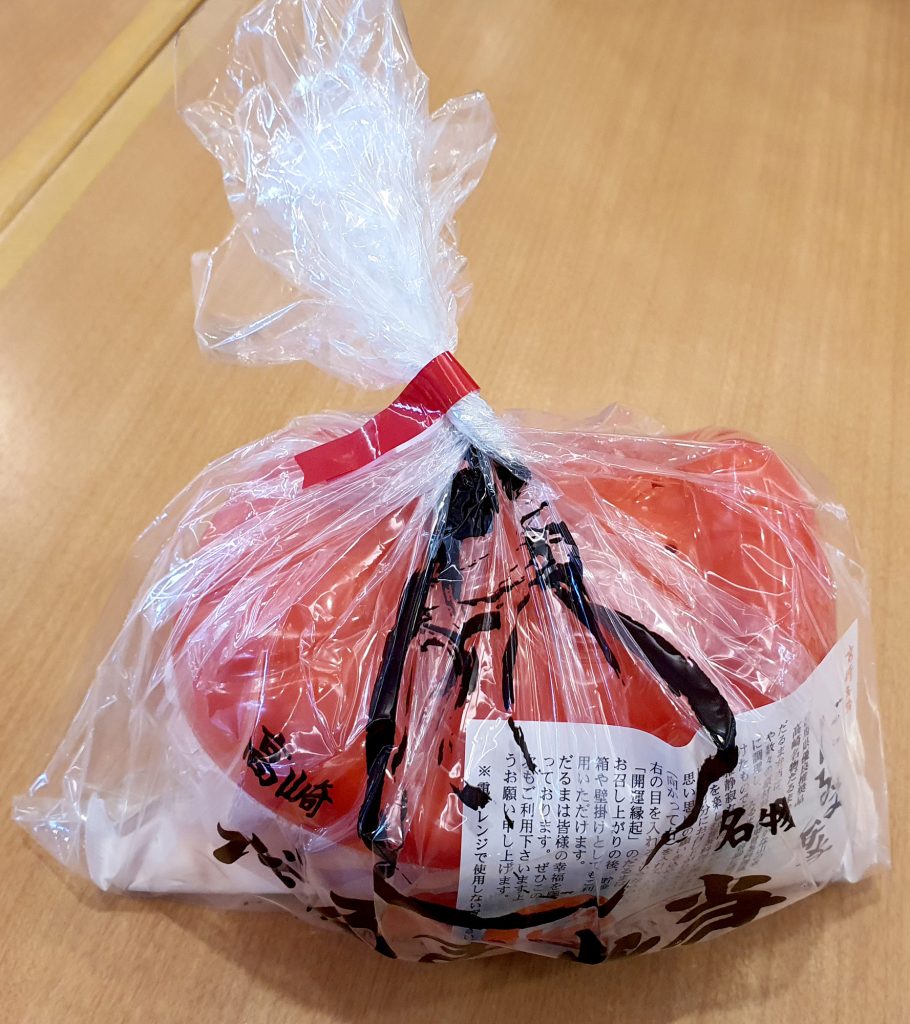 This bento is in the shape of a Daruma which is a traditional Japanese doll, which in Japan has become a symbol of perseverance and luck. They are typically red and depicting a bearded man (Bodhidharma). 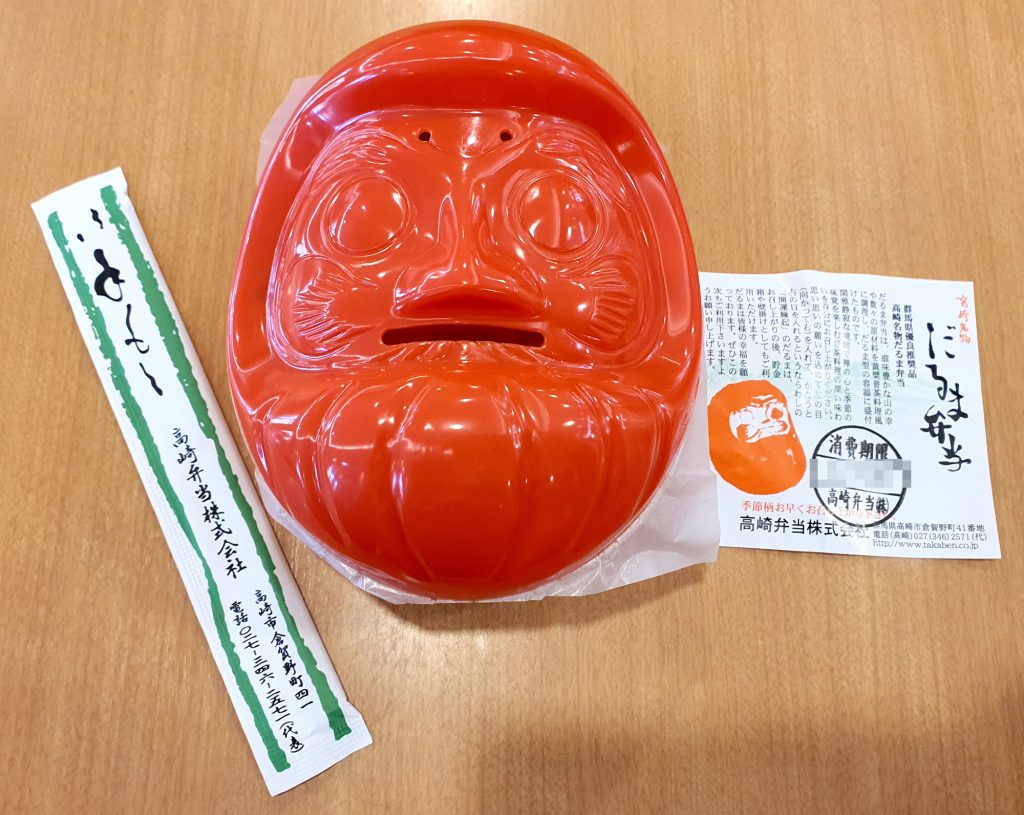 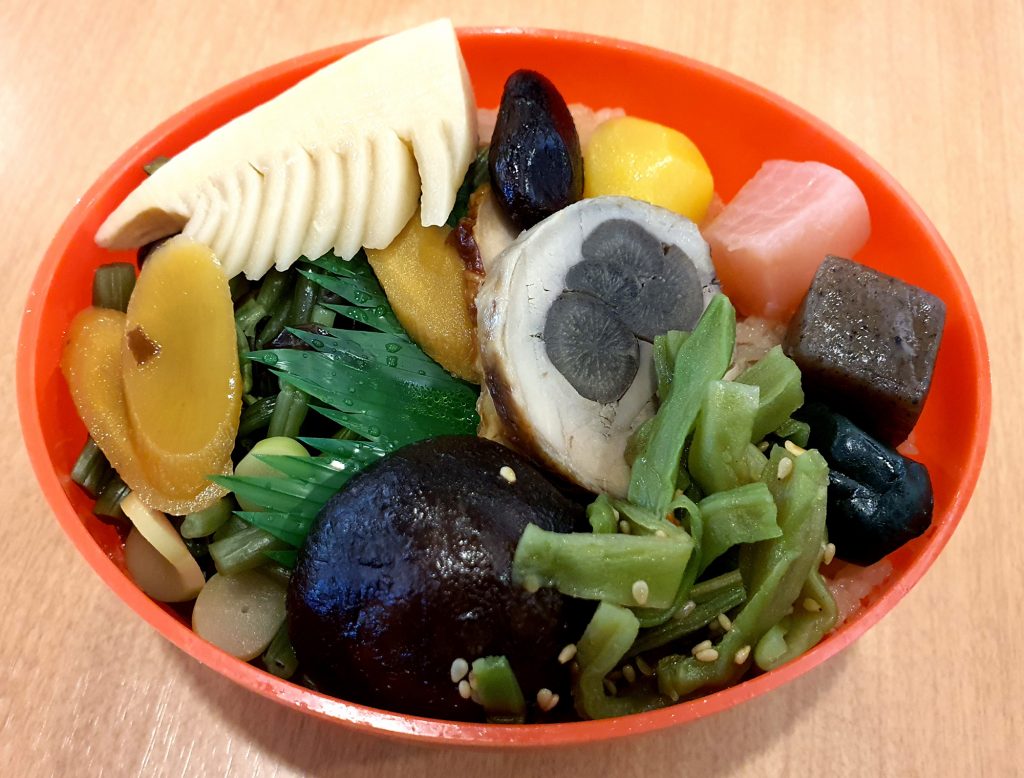 The Daruma Bento is reusable and has a slot where the mouth is located so it can be used as a piggy bank. 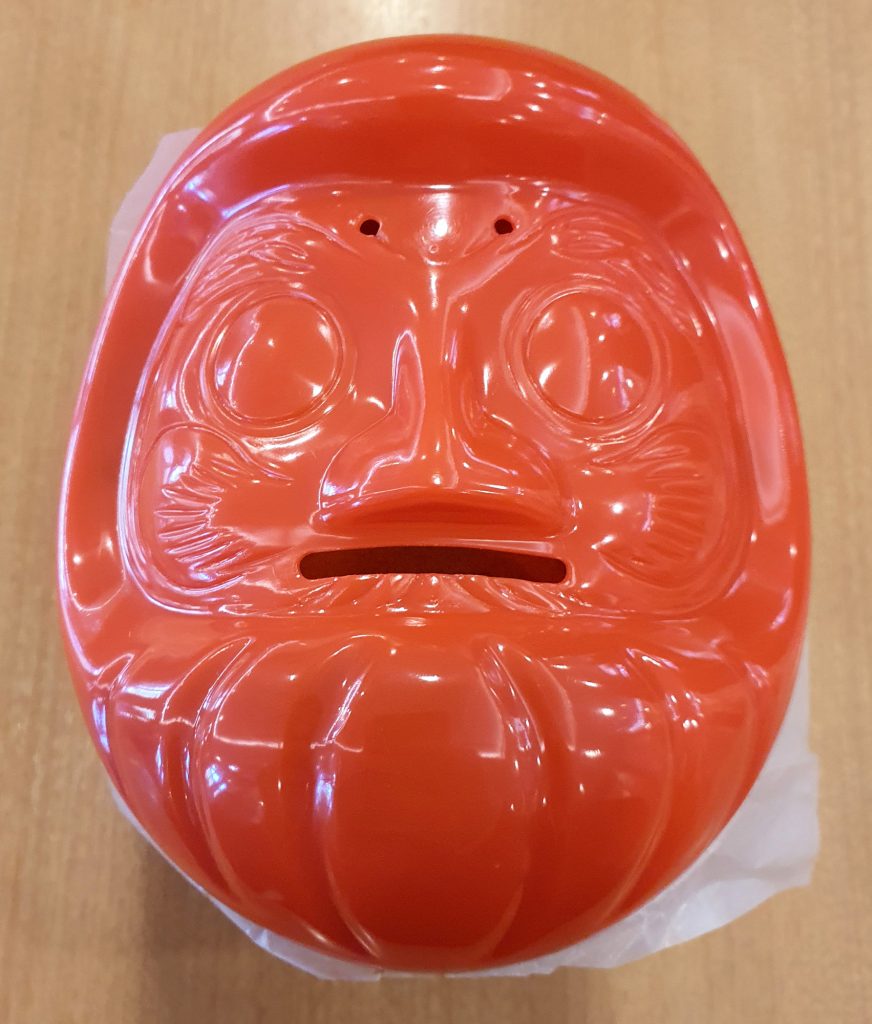