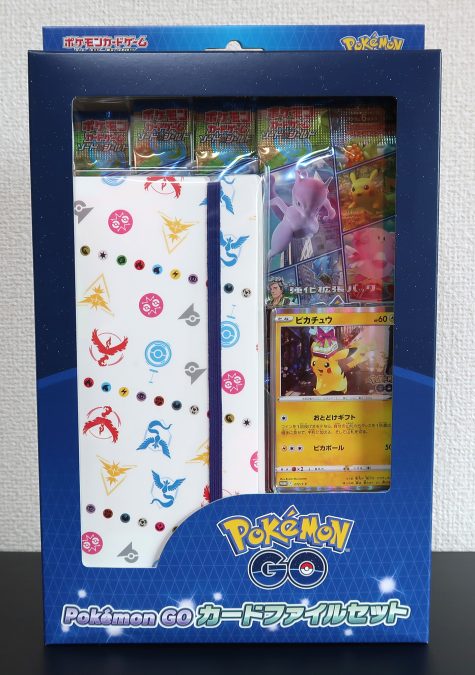 I recently took a trip to a Pokémon Center pop-up shop in Matsumoto and was lucky enough to snag a Pokémon GO Special Card File Set, which was released on June 27, 2022.

The Pokémon GO Special Card File Set was initially sold through a special lottery at Pokémon Centers in Japan and sold out immediately. It later returned as an online lottery on the Pokémon Center Online and was sold at select licensed Pokémon retail shops.

Below are some of my favorite pulls from the four packets.

This set includes a hidden Ditto Pokemon, and I was lucky enough to pull one. I previously opened up a box of the Pokémon GO TCG and was only able to get one Ditto.