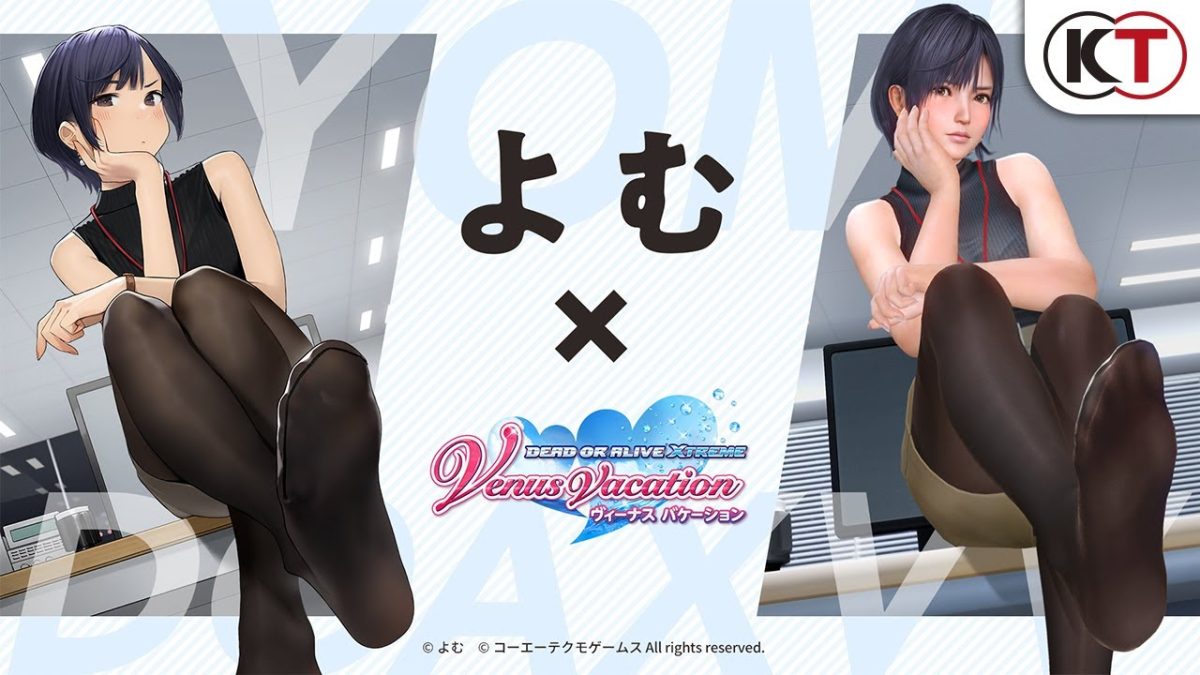 A collaboration event between the Dead or Alive Xtreme: Venus Vacation video game and illustrator Yom is now live. The event started on January 19 and will run until January 28.

During the event, a new SSR costume “Yom – Office Wear” will be available with an increased rate of 3.3%. Players who log in during the event will get a guaranteed SSR gacha ticket. In addition, an ongoing login bonus event will grant players a 10x pull gacha ticket once a day; the ticket can only be claimed a total of seven times.

Yom mentioned that he wanted to choose the type of denier used for the tights during the development of the event and is thankful to the development team for responding to all of his requests. He requested toe reinforcements for thinner deniers, toe seams, and the ability to take off shoes. He hopes that fans will be able to find their own fetish points from many different angles as they have been created in great detail. 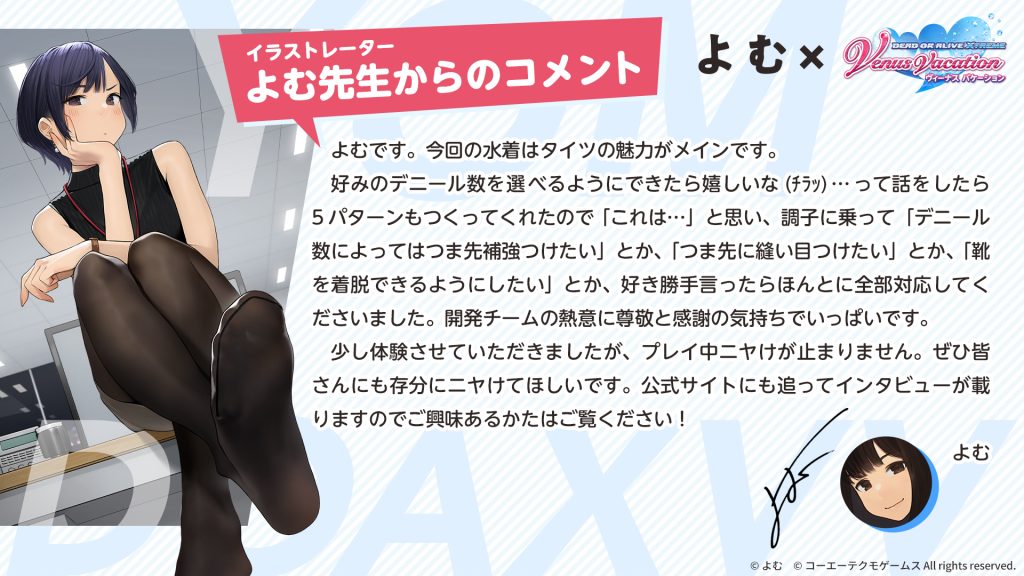 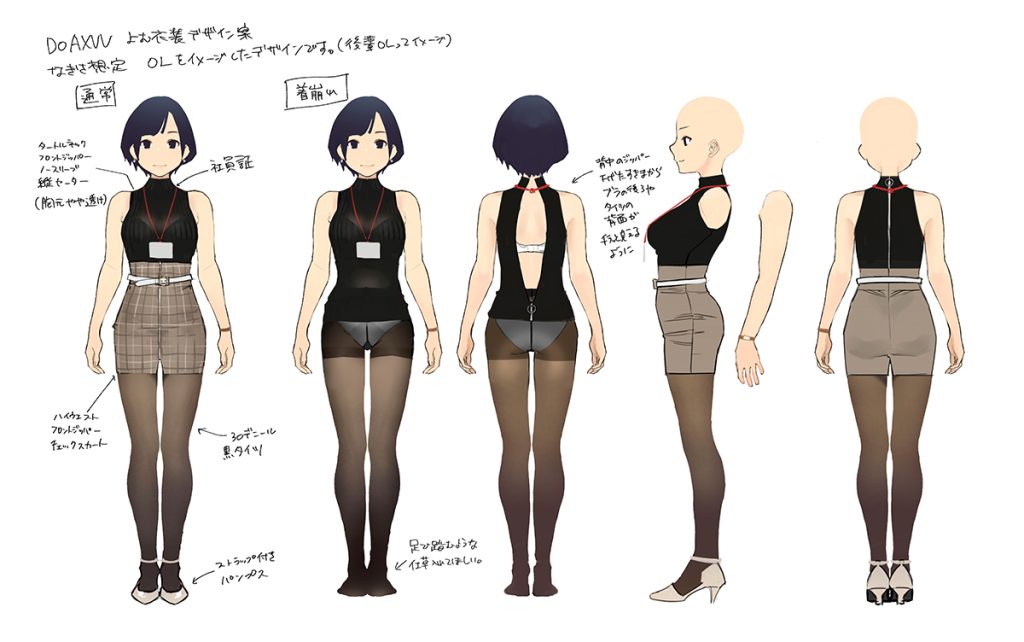 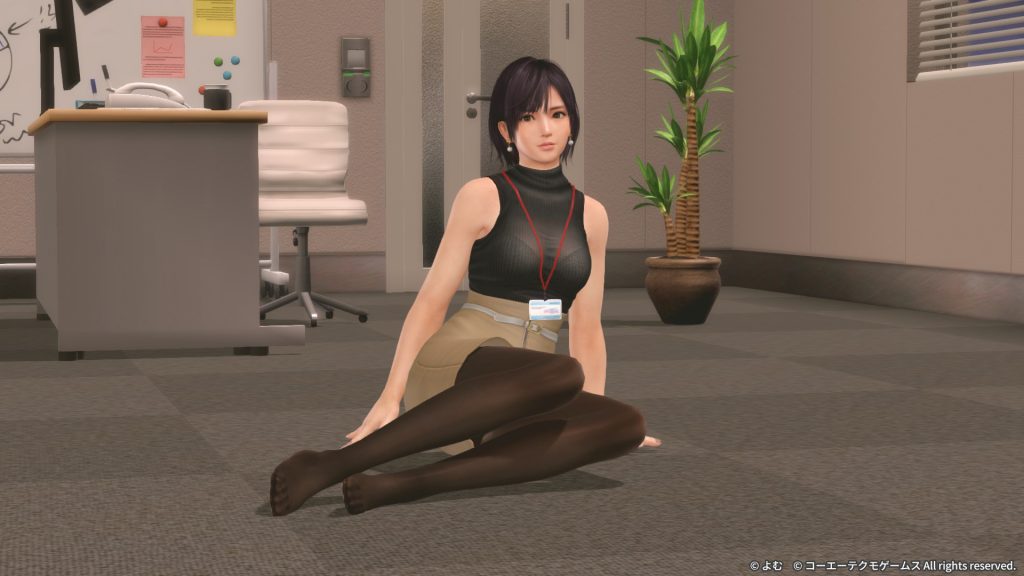 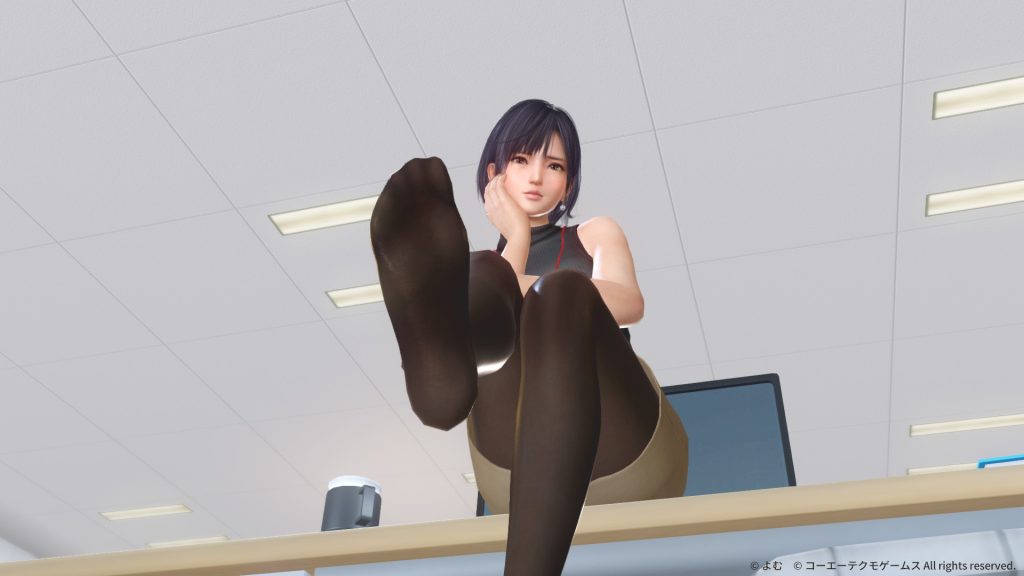 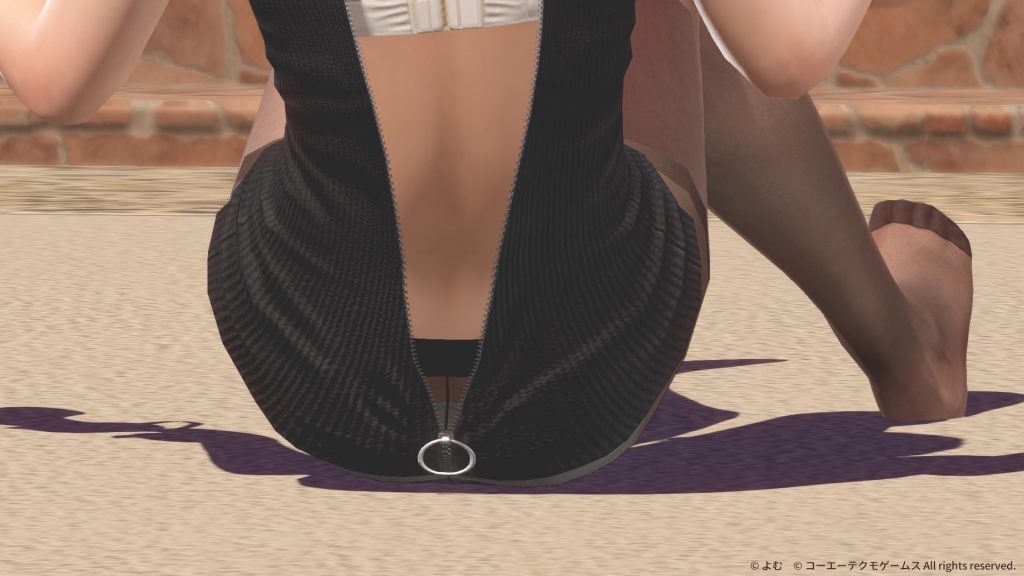 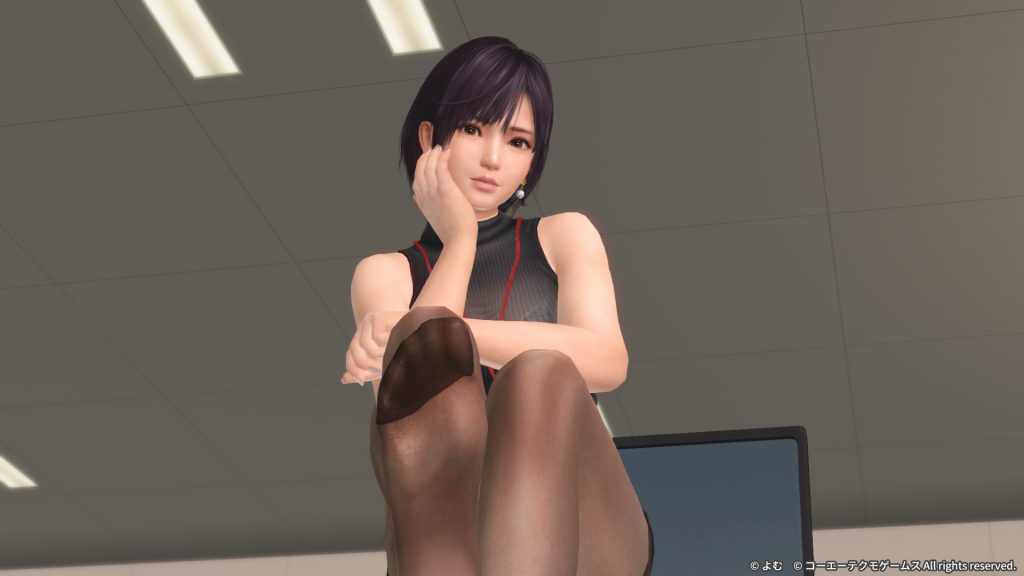 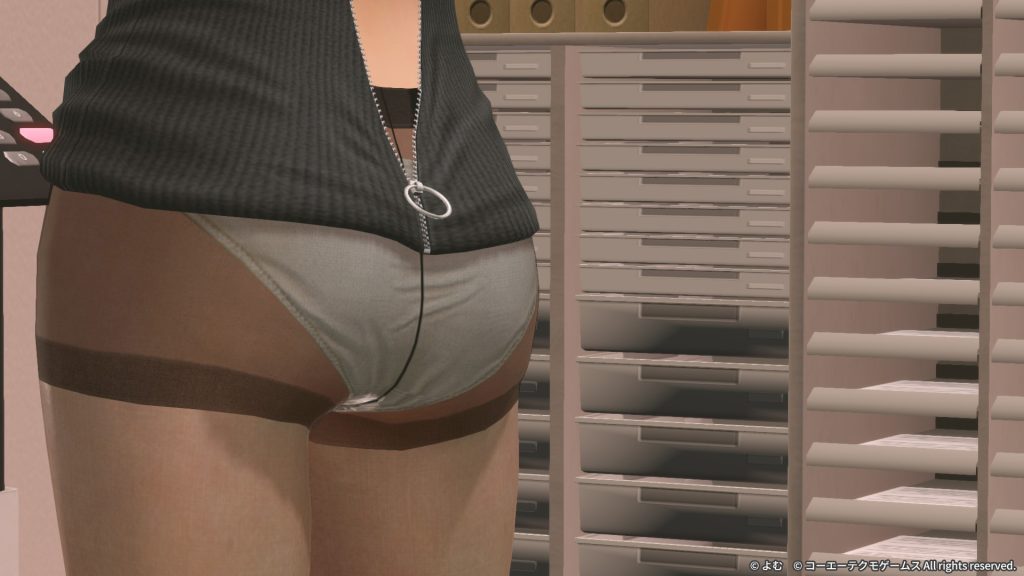