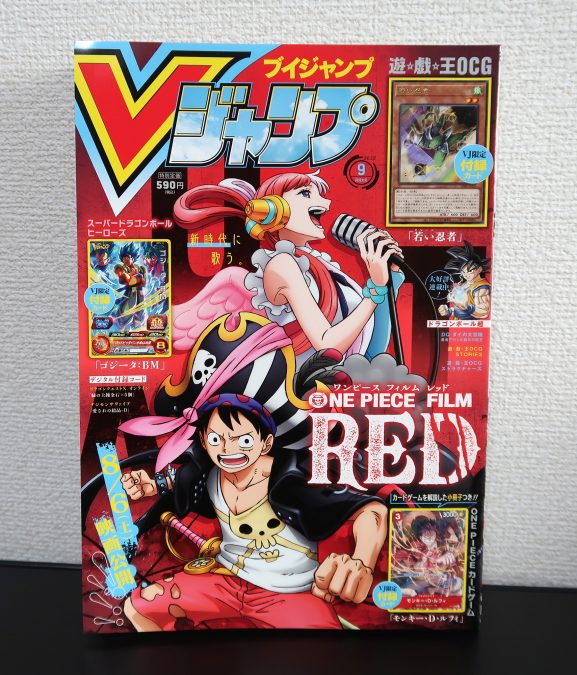 The magazine features various promotions for the One Piece Card Game that was released in Japan in July 2022 as part of One Piece’s 25th-anniversary celebrations.