The Great Jahy Will Not Be Defeated! Anime Slated for Summer 2021 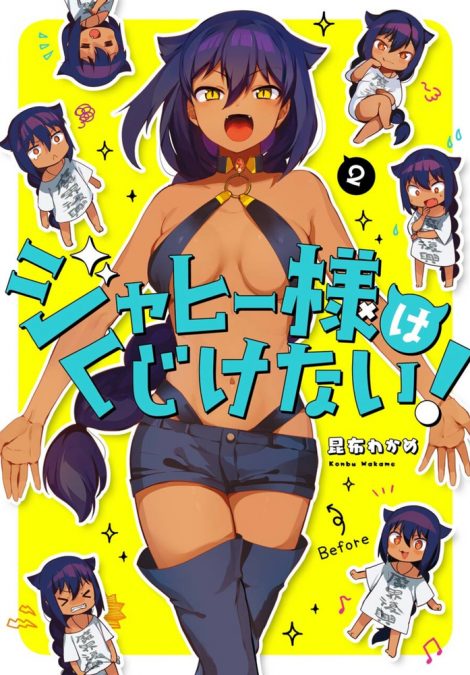 The official website for Wakame Konbu’s The Great Jahy Will Not Be Defeated! (Jahy-sama wa Kujikenai!) manga series has revealed that the series will receive an anime adaptation scheduled to air during the summer of 2021. 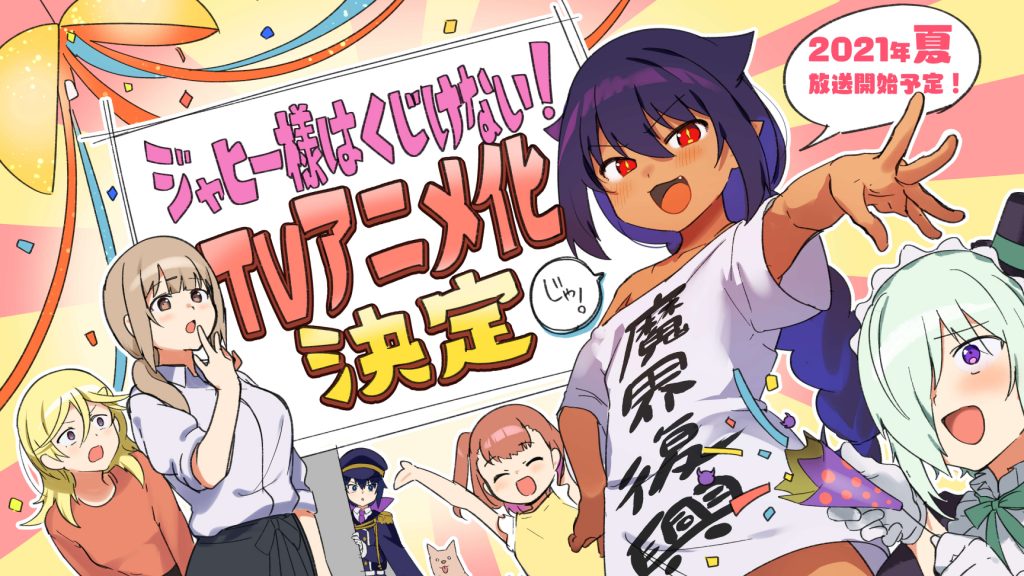 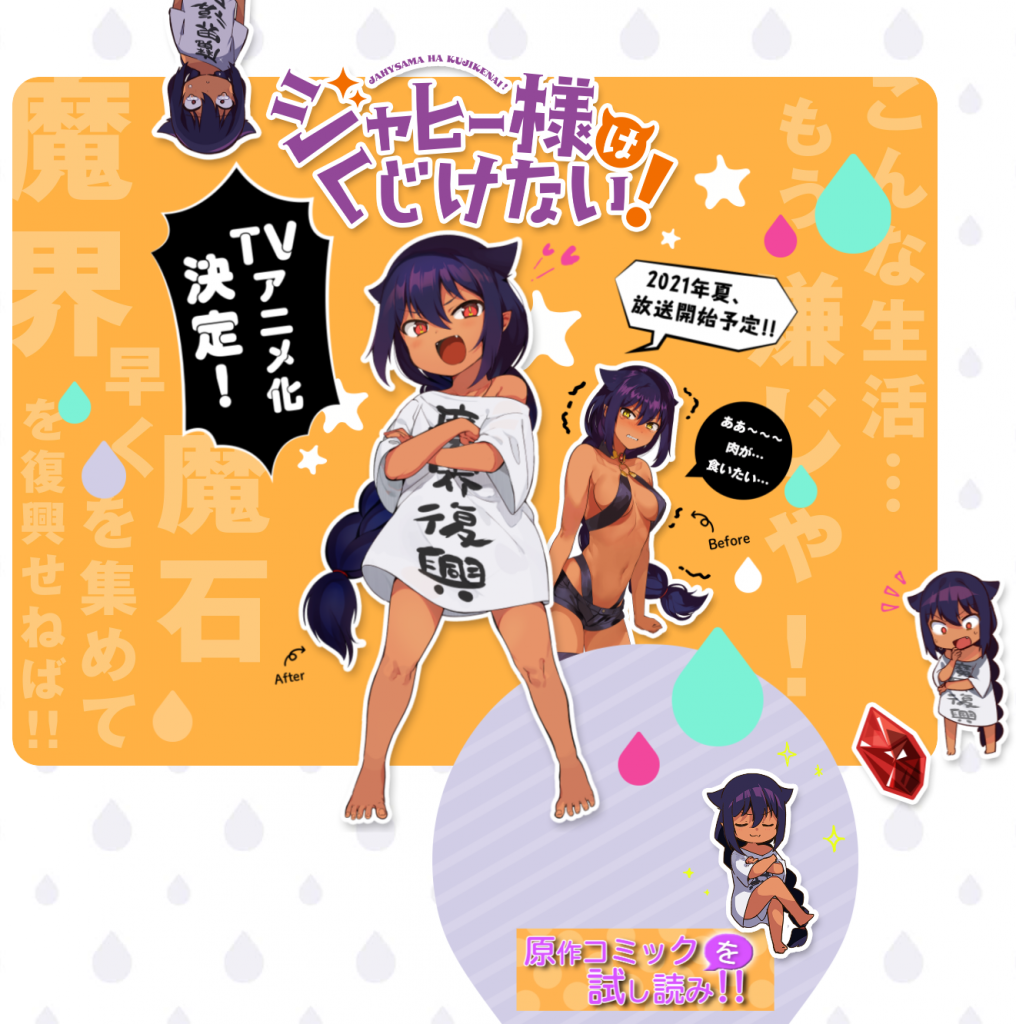 Wakame Konbu also drew an illustration to celebrate the news and to thank fans for the support. 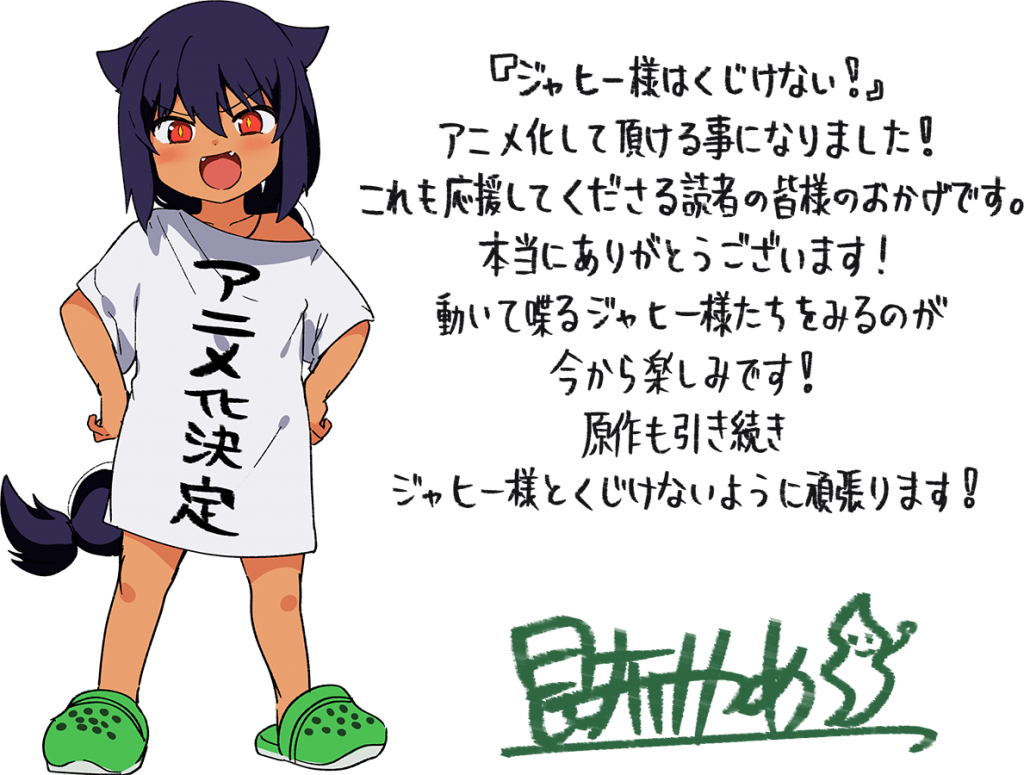 The Great Jahy Will Not Be Defeated! (Jahy-sama wa Kujikenai!) is a Japanese comedy manga series written and illustrated by Wakame Konbu. It has been serialized in Square Enix’s shonen manga magazine Monthly Gangan Joker since August 2017, and its chapters have been collected into six tankobon volumes. In North America, the manga is licensed for English release by Square Enix Manga & Books. An anime television series adaptation is scheduled to air in July 2021. – Wiki

The Great Jahy Will Not Be Defeated! synopsis from MAL:

Once respected as the Demon Realm’s second greatest authority, the Demon King’s aide, Jahy, ruled her subjects with fear. But when a magical girl attacks and destroys a mystic gem containing massive power, the Demon Realm is destroyed.

Although she survives, Jahy has lost almost all of her powers and finds herself stranded in the human world with a childlike appearance. In order to gather more mystic gems so that she can permanently restore both her original form and the Demon Realm, Jahy will have to adjust to her new life and deal with everyday problems that she has never experienced before. From working to pay for living expenses to arguing with her landlord whenever her rent is late, the great Jahy will not be discouraged!

Source: The Great Jahy Will Not Be Defeated! official website