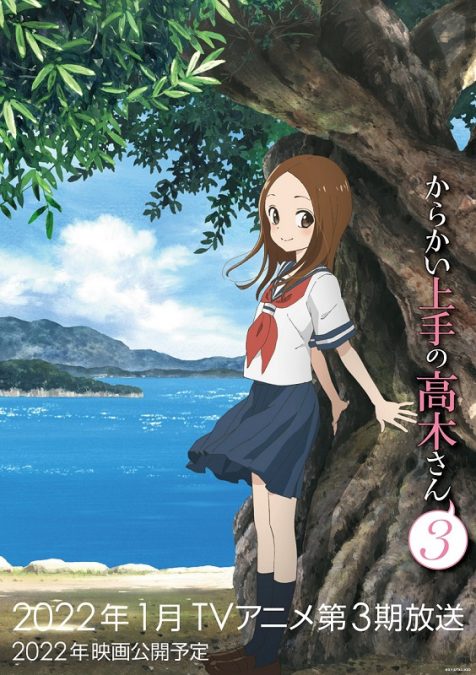 The official website for Souichirou Yamamoto’s Teasing Master Takagi-san (Karakai Jouzu no Takagi-san) manga series announced on Wednesday that the anime will be receiving a third season scheduled for January 2022 and a film scheduled to open in cinemas across Japan in 2022. 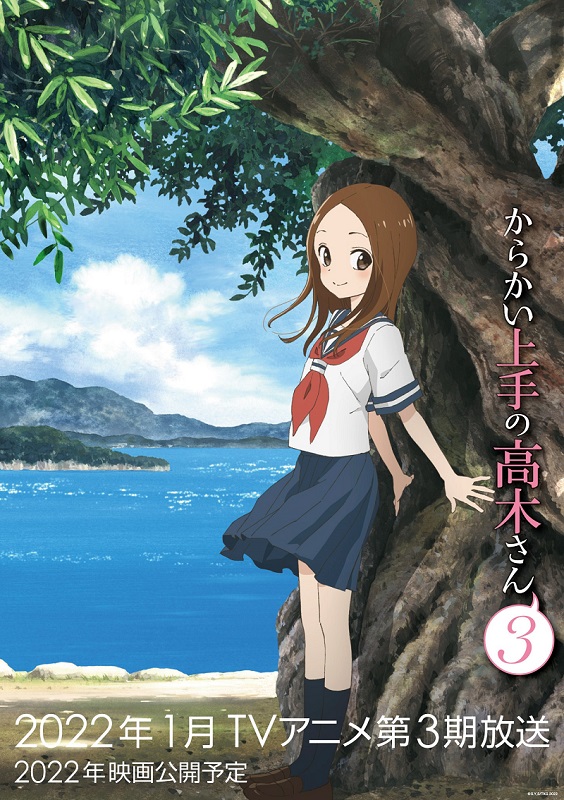 Teasing Master Takagi-san (Karakai Jouzu no Takagi-san) is a Japanese manga series written and illustrated by Souichirou Yamamoto. The series features the daily life of Takagi, who loves to tease her classmate Nishikata, and Nishikata’s failed attempts to get back at her. In North America, the manga is licensed by Yen Press.

An anime television series by Shin-Ei Animation aired from January to March 2018. An original video animation (OVA) was released in July 2018. A second season aired from July to September 2019. A third season and a film were announced in September 2021, with the trequel to be broadcast in January 2022.

Middle schooler Nishikata has had it with his classmate Takagi–the chronic teaser who sits nearby. Day in and day out, she comes after him with every sort of trick or prank. Even when he tries to get her back, she’s always one step ahead. But rest assured, it’s only the beginning. He’s not about to give up that easily in this battle of cunning and youth!