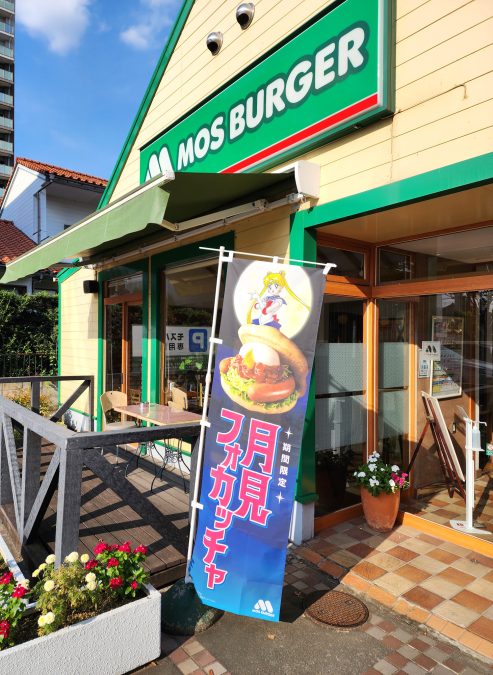 Autumn is nearing and Japanese restaurants are welcoming the yearly Tsukimi Burger (月見バーガー) for a limited time. Tsukimi (月見) is a Japanese tradition that is a mid-autumn moon-viewing festival honoring the bright autumn moon.

This year Mos Burger has teamed up with the popular Sailor Moon franchise and welcomes two new limited menu items. The official website notes it has a new autumn taste and mild flavor.

The first new menu item is the Tsukimi Focaccia, which features a crescent-shaped sausage topped with barbecue sauce and a soft-boiled egg placed inside of fluffy focaccia bread. This item is available for a limited time and costs 520 yen (US$3.63).

The second item is the Barbecue Focaccia, which is the same as the Tsukimi Focaccia but doesn’t include the egg. This item costs 460 yen (US$3.21) and is also available for a limited time.

Overall the sandwiches were enjoyable but not what I was expecting. They were made with great ingredients but the barbecue flavor was powerful and overwhelmed the other flavors.