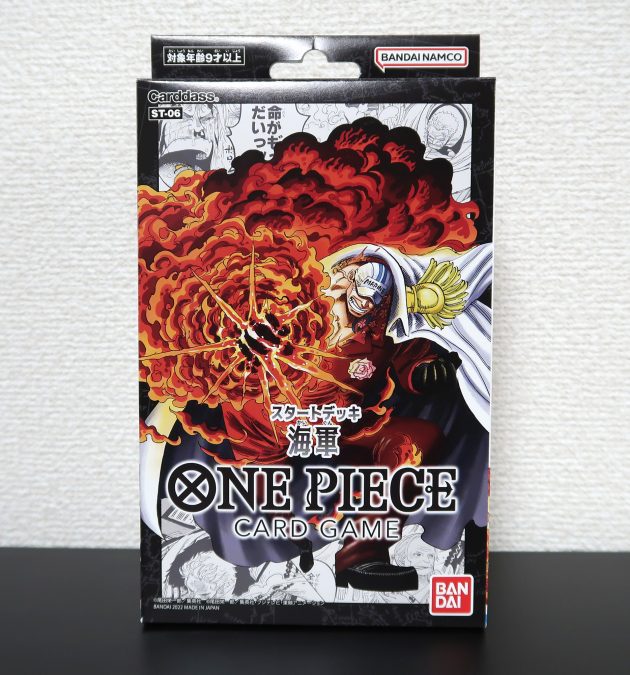 The One Piece Card Game was released in Japan in July 2022 as part of One Piece’s 25th-anniversary celebrations, and being a massive fan of One Piece, I’ve been trying to get my hands on some of the booster packs. However, due to the series’ popularity, they instantly sold out shortly after hitting shelves.

I was lucky to pre-order the One Piece Card Game Navy Set (ST-06). The Navy Set is a constructed deck with a total of 51 cards. It includes 1 leader card, 2 super rare cards, 14 common cards, 10 DON!! cards, and a playsheet.