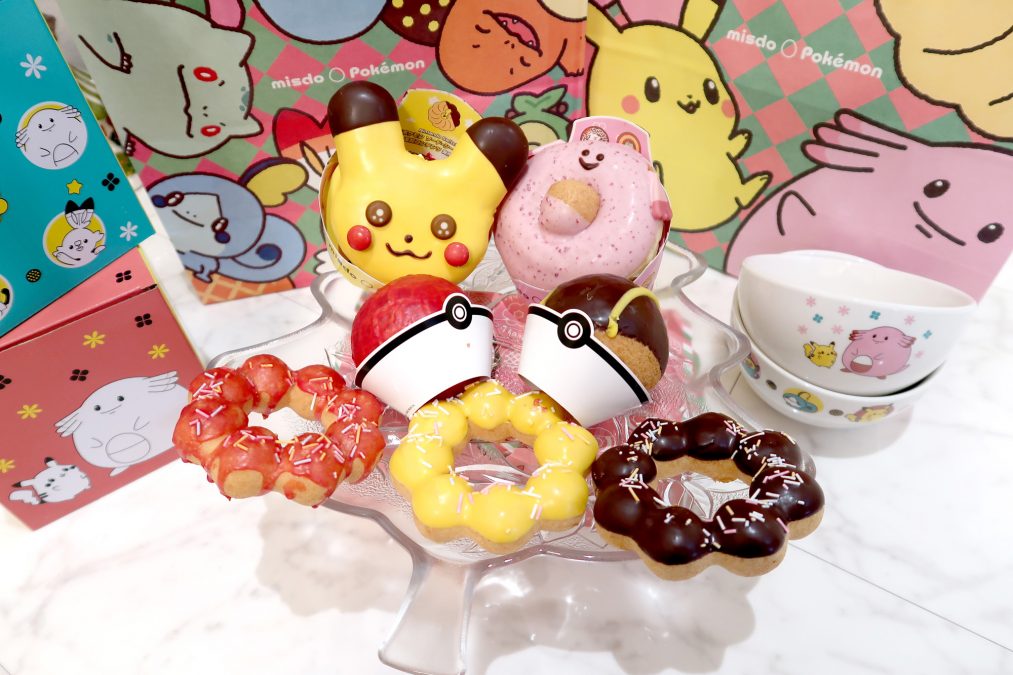 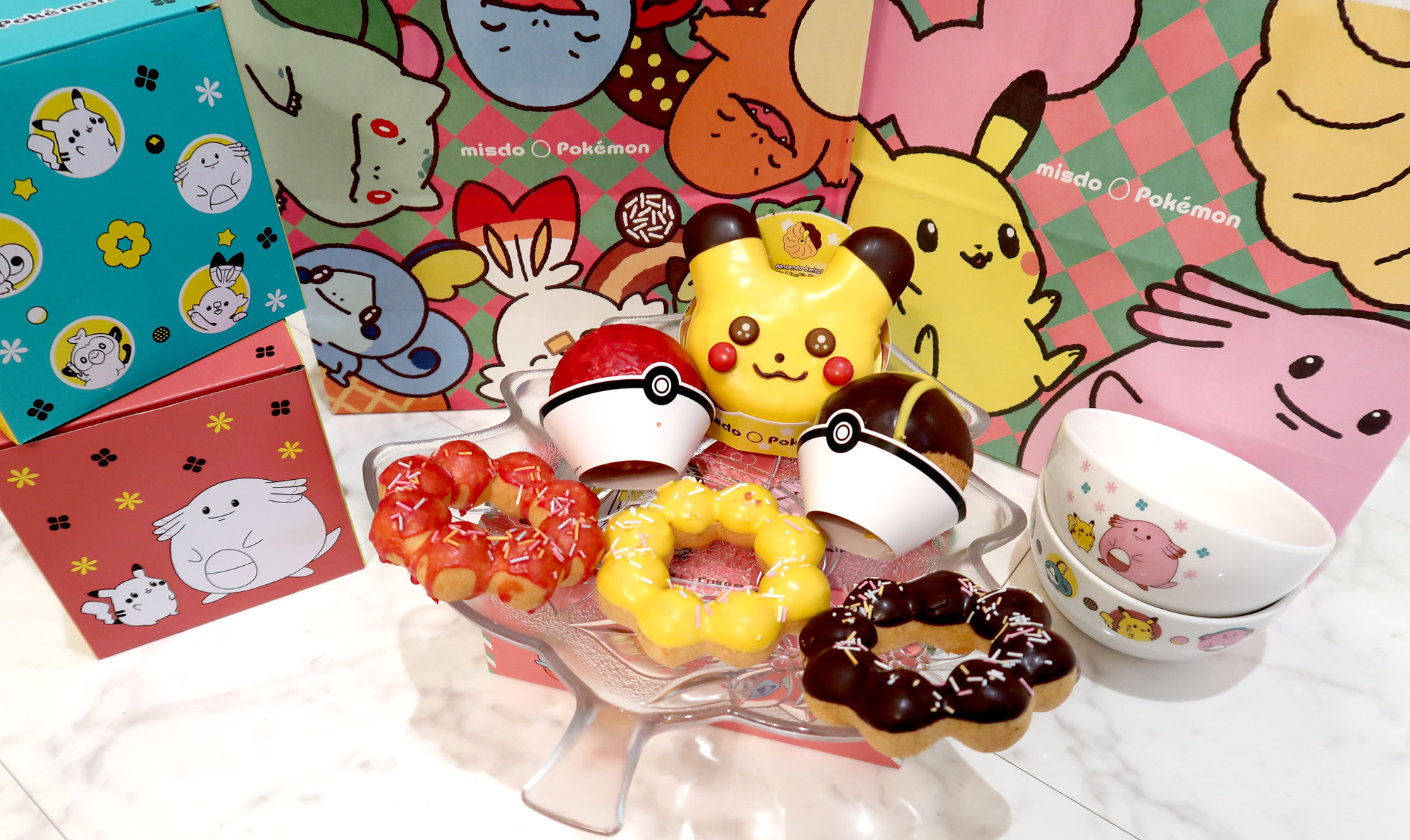 I’m always ecstatic when a new Pokémon collaboration is announced and this time Mister Donut is teaming up with The Pokémon Company once again. 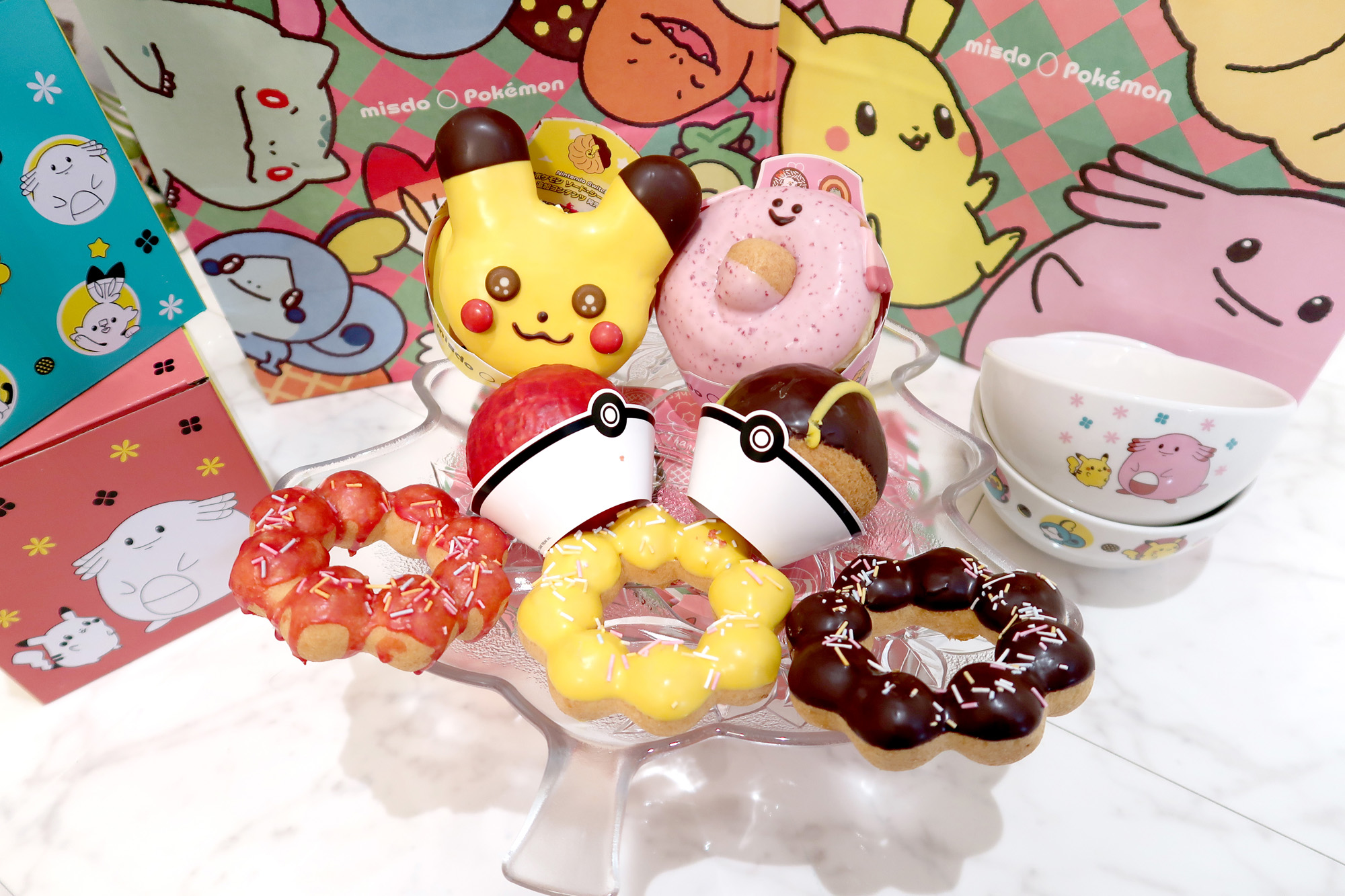 Pikachu is a rich cream custard pudding flavor with chocolate and if you’re lucky some Pikachu has shiny eyes! The Chansey is strawberry chocolate flavor and looks adorable! The Poké Ball has a whipped creamy custard filling and is coated with a strawberry glaze. The Ultra ball also has a whipped creamy custard filling but instead is coated in a milk chocolate coating with yellow icing. 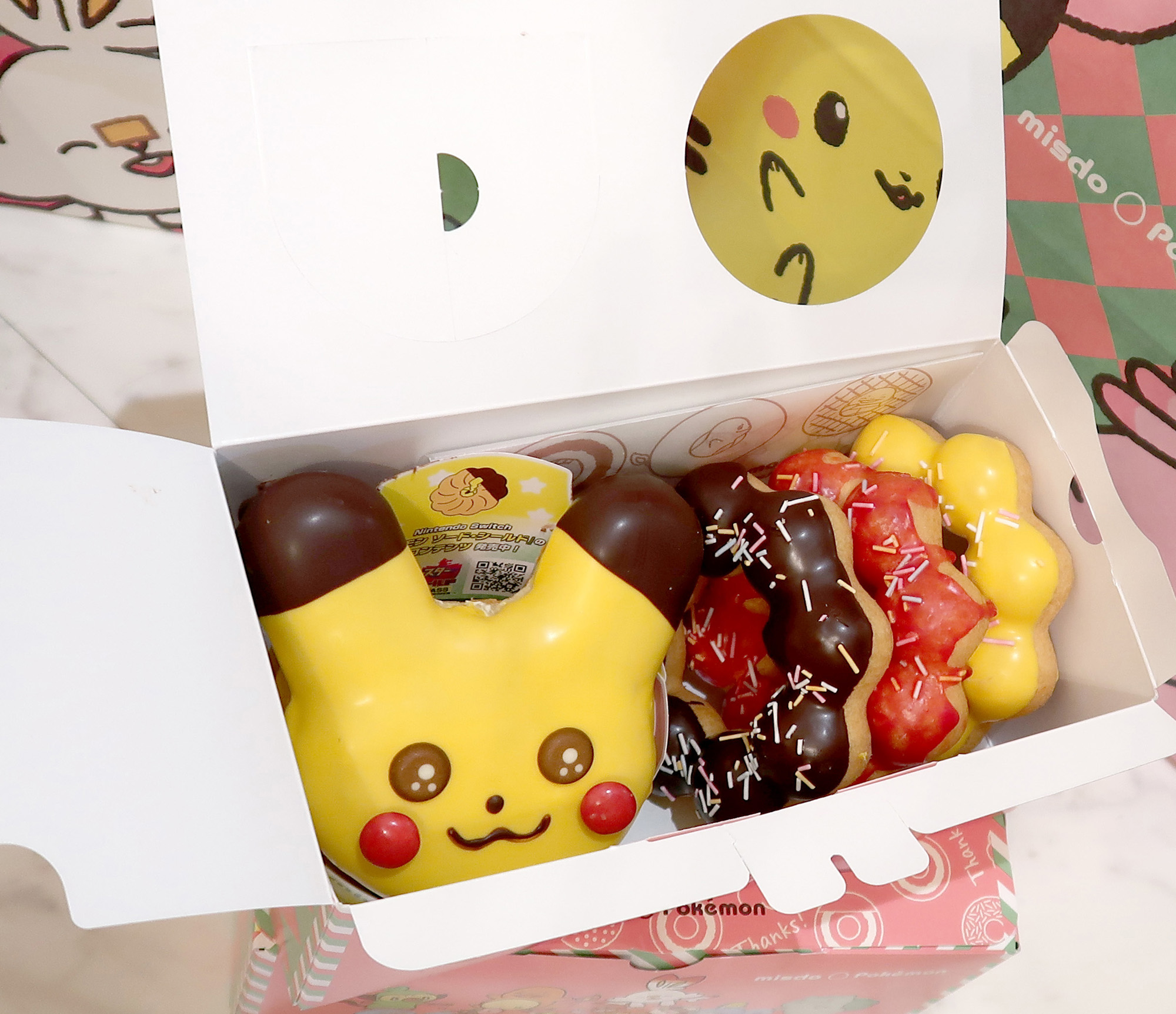 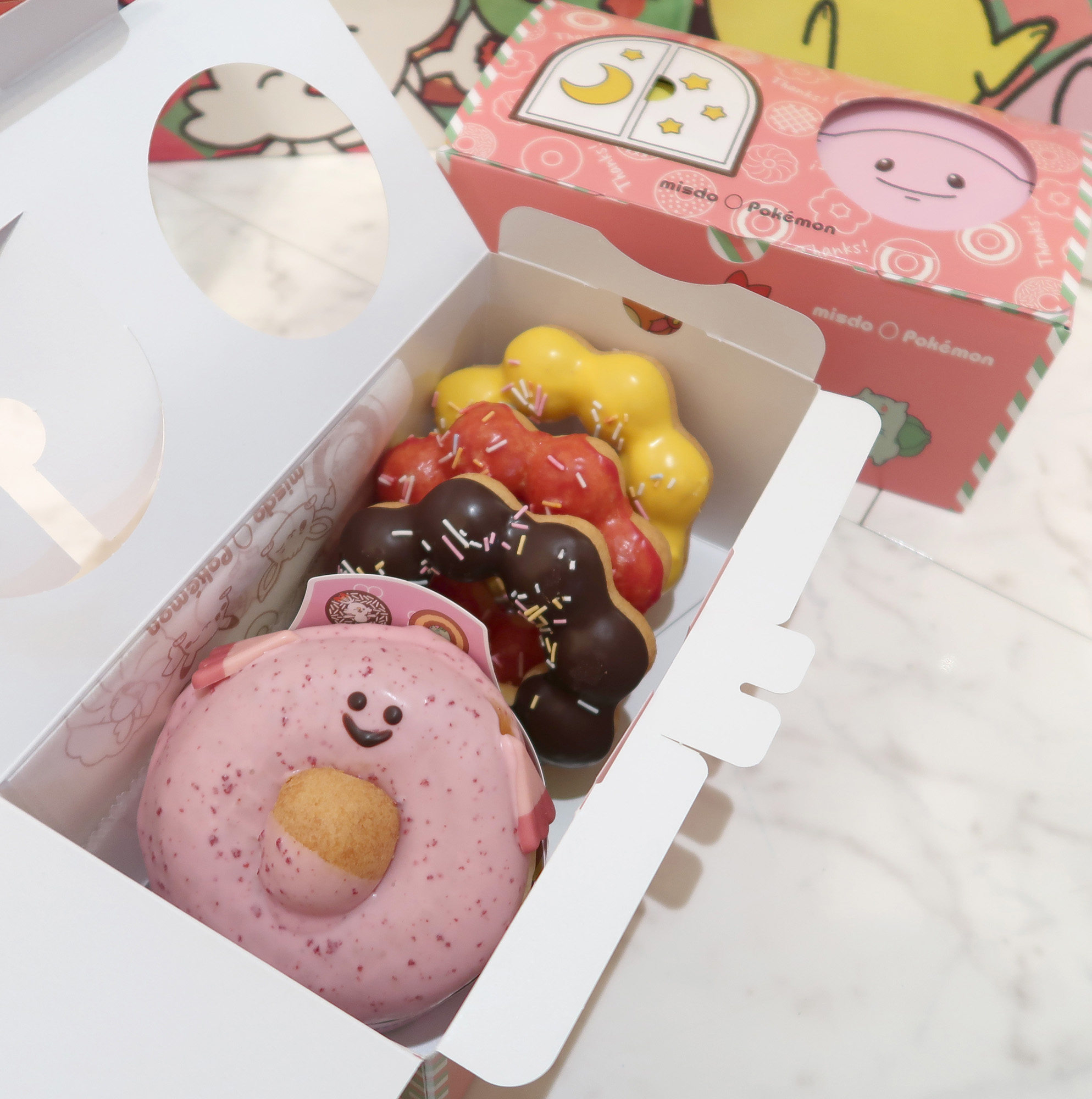 Even the napkins are super adorable and Pokémon-themed! 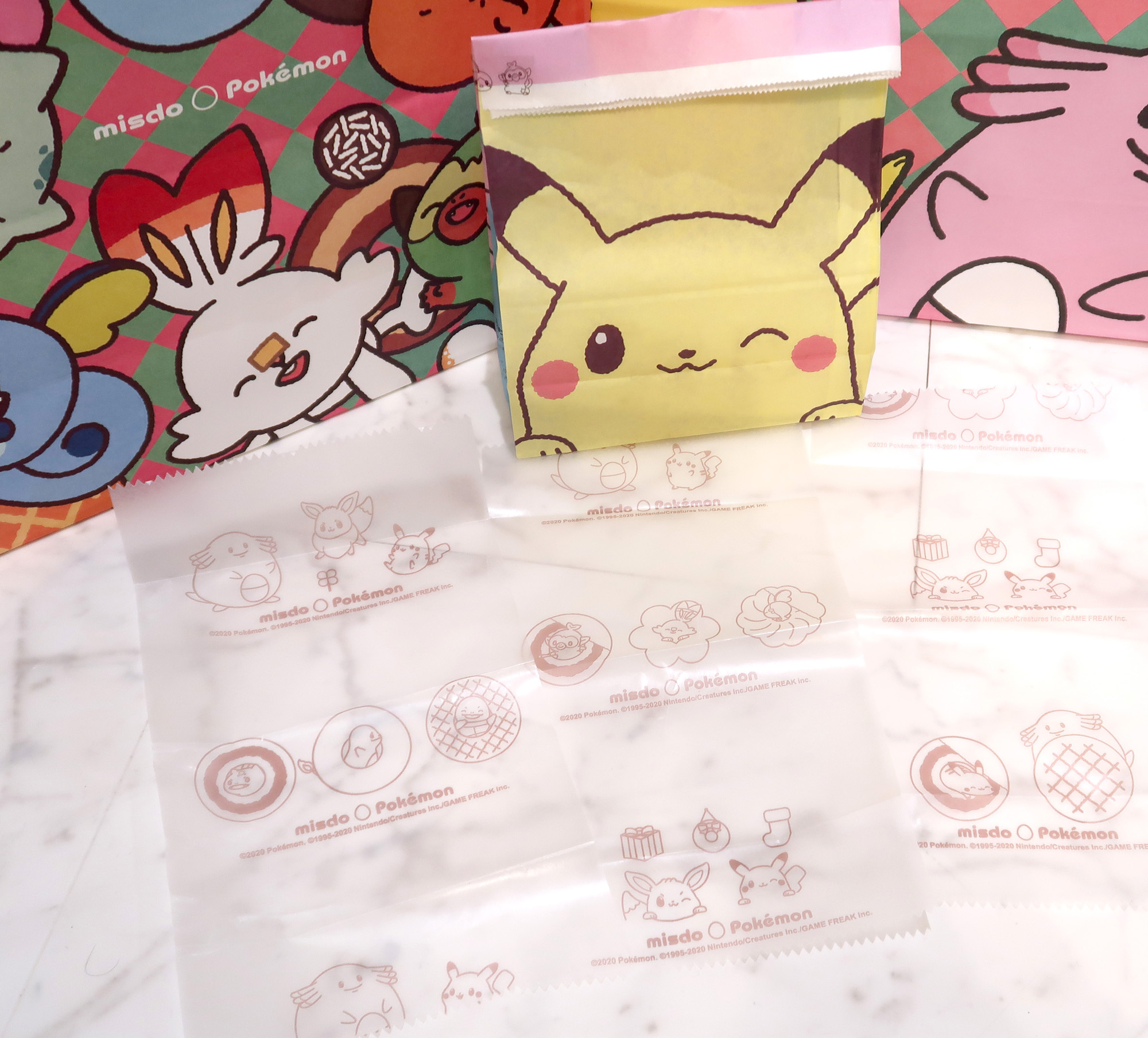 Mister Donut is also offering limited Pokémon goods which are part of a set. We decided to go with the bowls this year instead of the mugs! 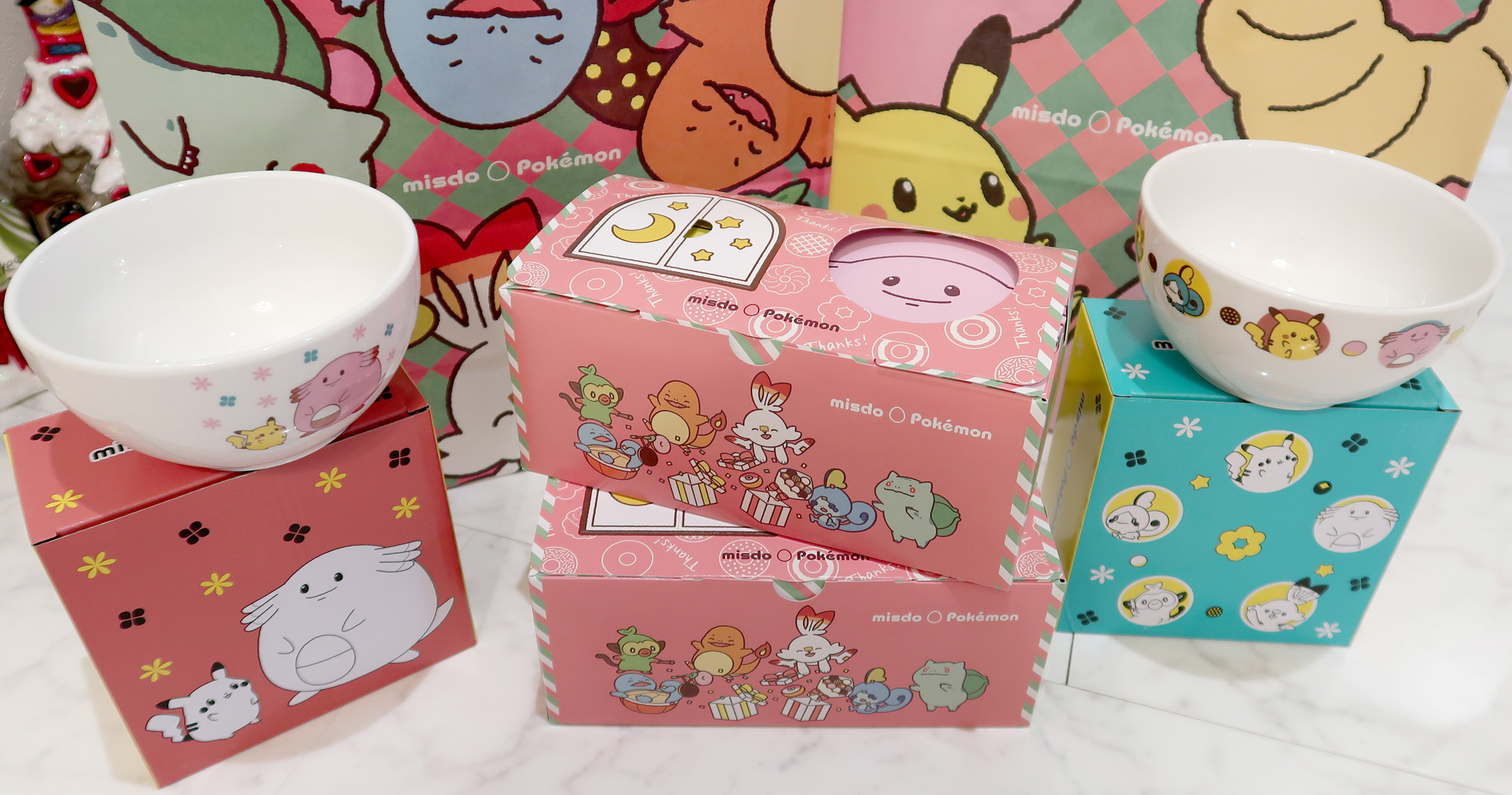 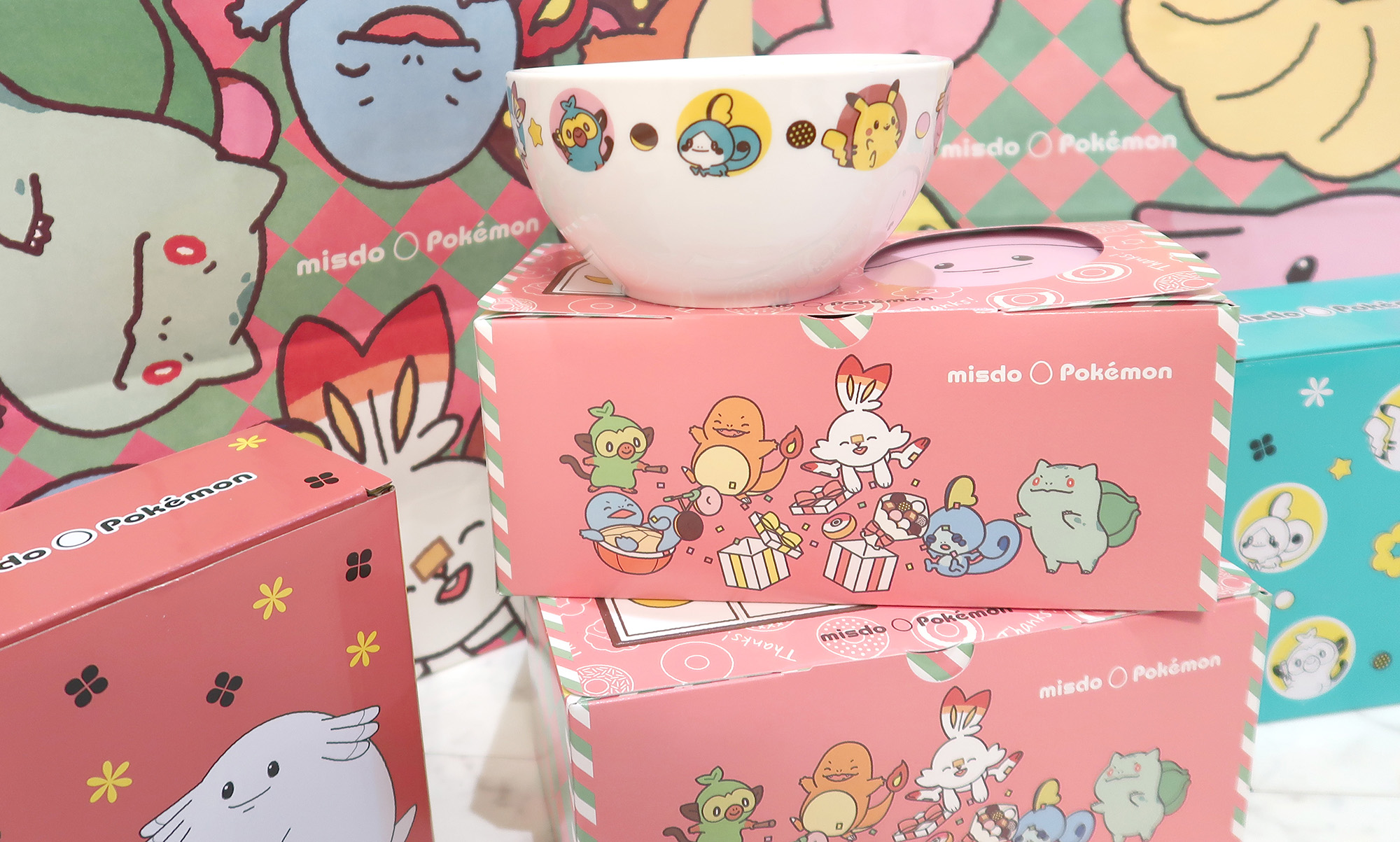 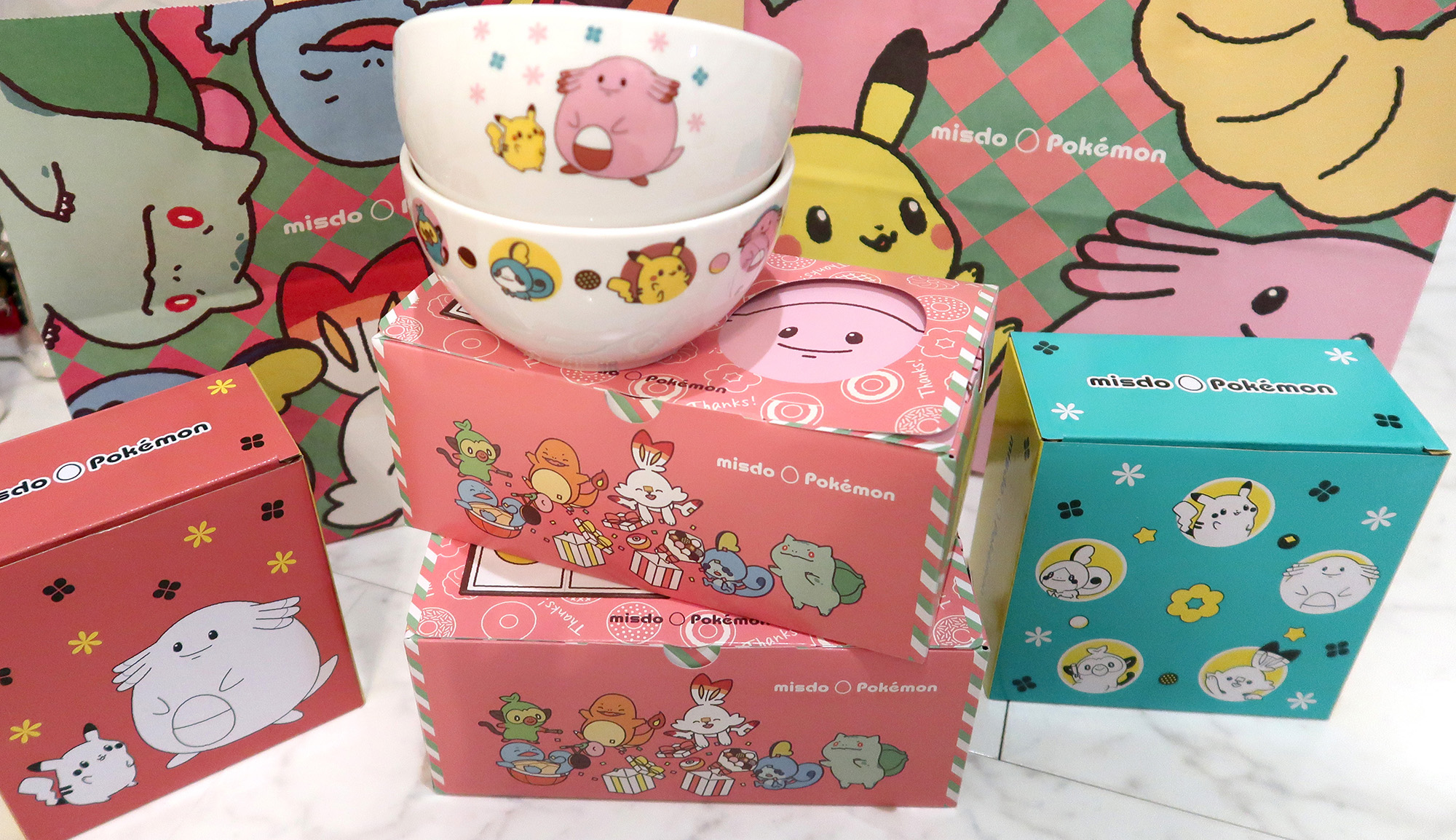 Mister Donuts is offering sets for a limited time and each set has a chance to get the limited edition Pokémon goods!

Donut Set A includes the following: One Pokémon donut, three Pon de Wreath (you can choose which ones), and one Pokémon item of your choice for 1,300 yen.

Donut Set B will include the following: One Poké Ball or Ultra Ball donut, three Pon de Wreath (you can choose which ones), and one Pokémon item of your choice for 1,250 yen.

Meanwhile, the Donut Set C will include One Pokémon donut, one tapioca drink, and one Pokémon item of your choice for 1,400 yen.

Here’s a look at the Mister Donuts x Pokémon campaign from 2019 which featured Pokémon Sword and Shield:

and from 2018 which featured the Pokémon: Let’s Go, Pikachu! and Let’s Go, Eevee! game:

The Pokemon Company and Mister Donut are currently collaborating for the second part of their Pokemon Let’s GO Pikachu/Eevee X Mister Donut campaign and my inner child couldn't resist to check it out! pic.twitter.com/ggyV60A77J