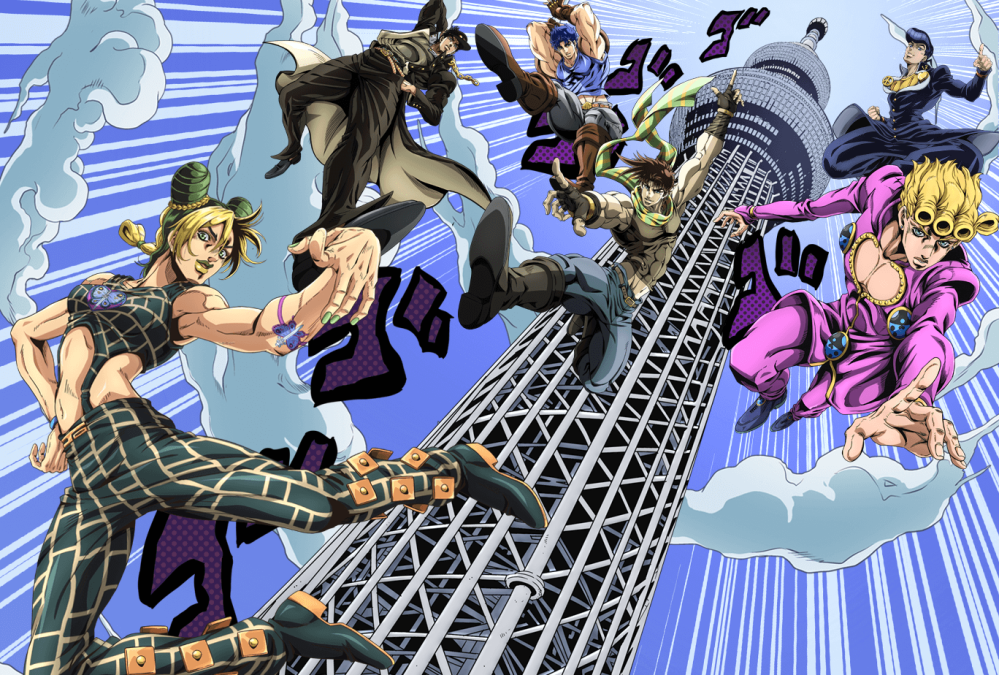 The website lists several event features, including photography spots with newly drawn illustrations of the characters, a limited cafe menu with JoJo’s Bizarre Adventure-themed drink and food, and a special video commemorating the collaboration that will be played at the SKYTREE ROUND THEATER. There will also be limited goods, special lighting inspired by characters from the series, along with a JoJo’s Bizarre Adventure exhibition and decorations. 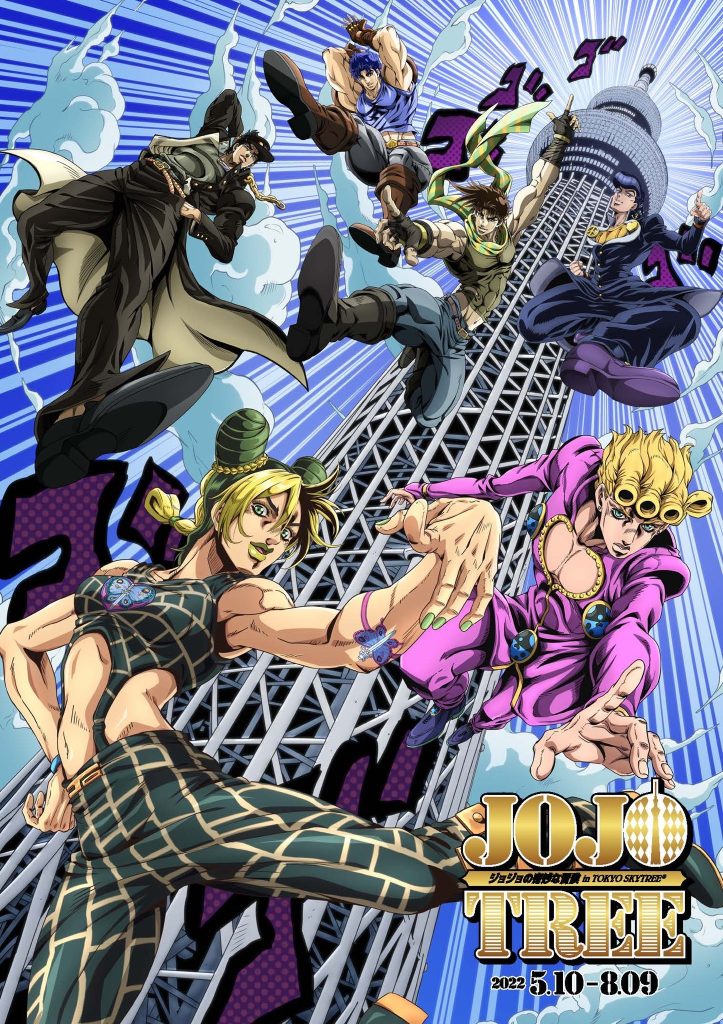