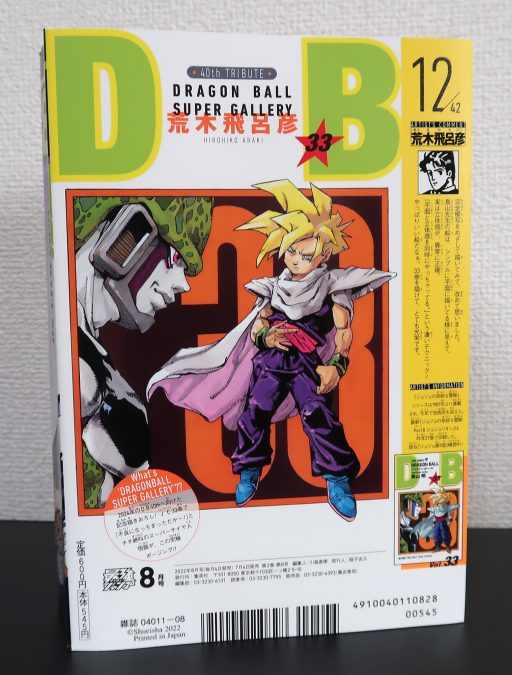 The August 2022 issue of the Saikyo Jump features an illustration of volume 33 of Dragon Ball recreated by Hirohiko Araki, the creator of JoJo’s Bizarre Adventure. The illustration was drawn as part of the ongoing Dragon Ball Super Gallery project, commemorating the 40th Anniversary of the series organized by Saikyo Jump.

The Dragon Ball Super Gallery project has different manga artists redesigning one of the 42 covers of the Dragon Ball manga series until November 2024 in the Saikyo Jump magazine every month.