I’m sure when most of you think of gacha, the first thing that comes to mind is that it’s a money grab designed by greedy companies but in reality, it’s actually a great strategy to monetize a free-to-play game.

The most known type of gacha is mobile gacha which consists of using in-game resources that can be acquired over a long period of time or can be purchased with real money, then drawing in-game for a randomized character, card, or other items.

I can guarantee that most of you who are reading this have caved in when your favorite character is on increased draw rates and ended up using all of your resources or opened up your wallet to whale. A whale is a term used for players who spend a large amount of money on in-app purchases on a free-to-play game. 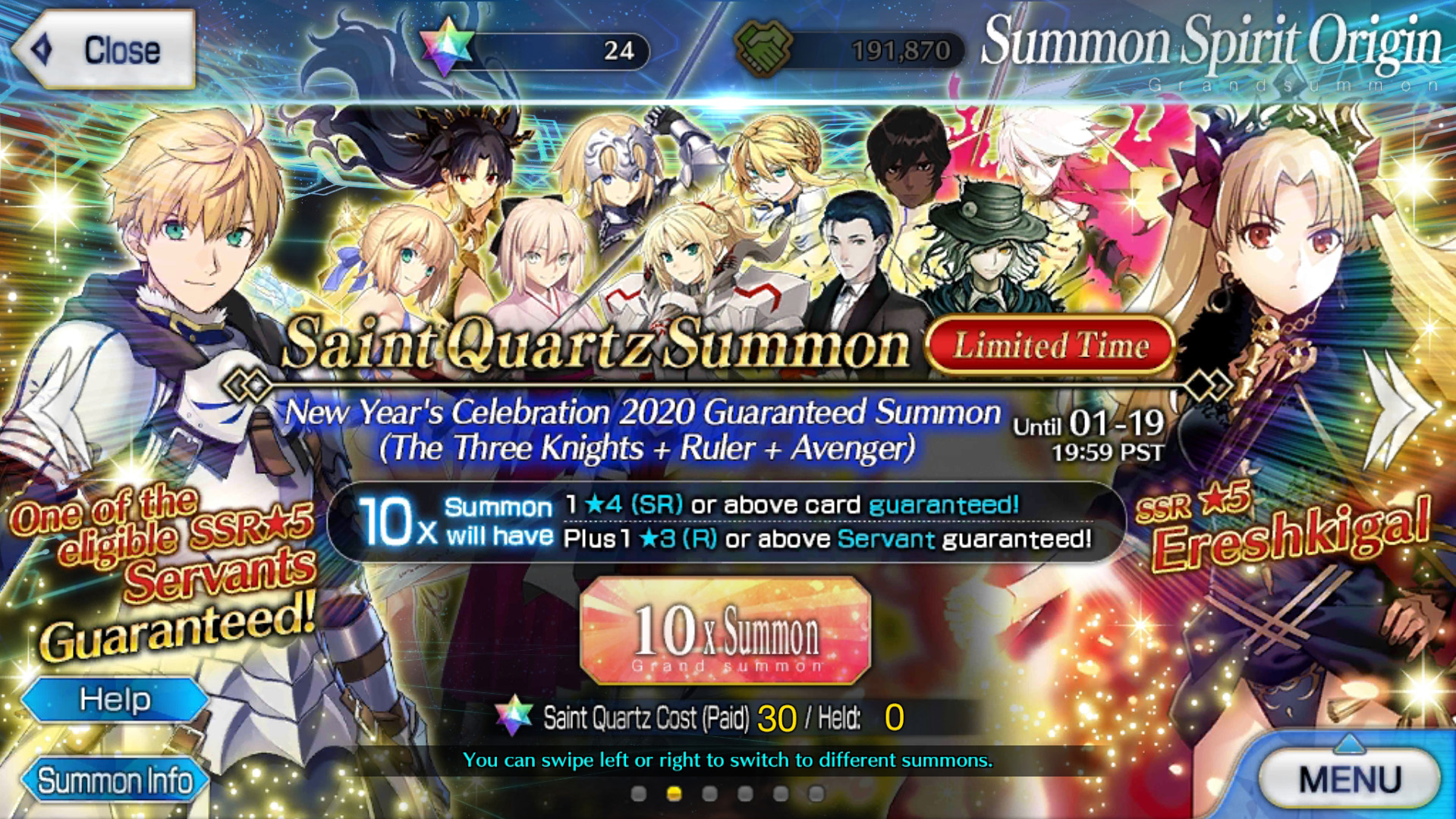 While mobile gacha is one of the more known types of gacha and could be compared to something like loot boxes from Overwatch, various unique types of gacha exist in Japan.

Gashapon is very dominant in Japan and it’s often referred to as the shortened term gacha. It’s a vending machine dedicated to capsule toys that can be found almost anywhere in Japan. The main appeal of gashapon is the blind purchase thrill with a chance to get your favorite characters from an anime, manga, or video game series.

At Narita airport, Japanese company Takara Tomy Arts has strategically set up hundreds of gacha machines so visitors can get rid of their pocket change in return for some souvenirs for 200-500 yen each. If you forgot to get a gift for your friends and family back home, it’s a great way to save yourself some trouble.

Ichiban Kuji is a lottery where you always win and is handled by Banpresto every month. The lottery tickets cost between 600-800 yen each and are sold at convenience stores, book stores, or manga stores. The prizes range from figures, keychains, towels, cups, shikishi boards, and more. They are only obtainable through Ichiban Kuji, so they’re very limited and collectors love them. 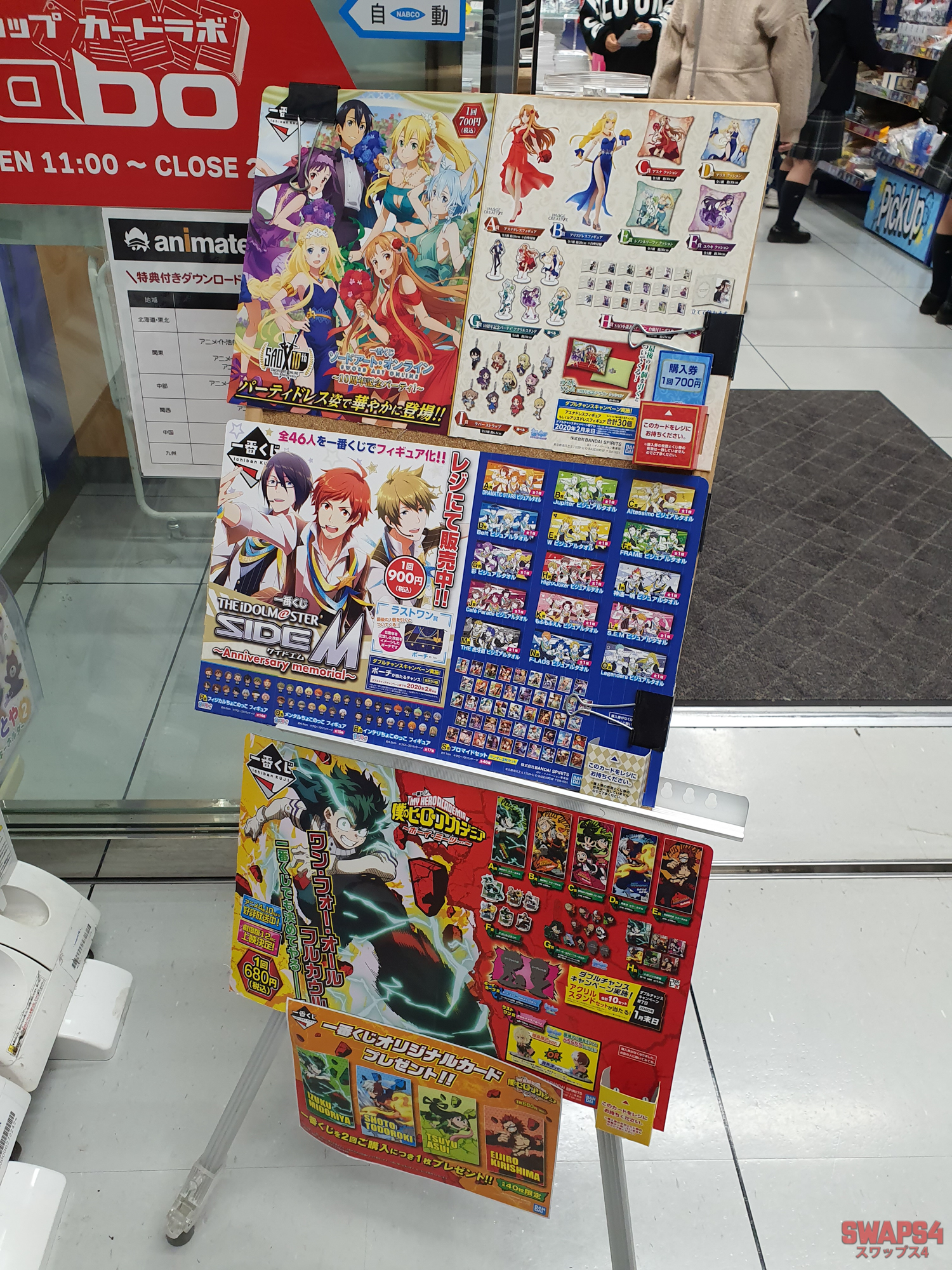 Each Ichiban Kuji has a total of 100 tickets in a box consisting of prizes labeled from A to G. A prize is the rarest. Out of the 100 tickets, only 2-4 tickets are dedicated to the A prize, meaning your chances to win are low but not impossible. While the products are limited, they’re also high-quality which is why they’re so sought after. 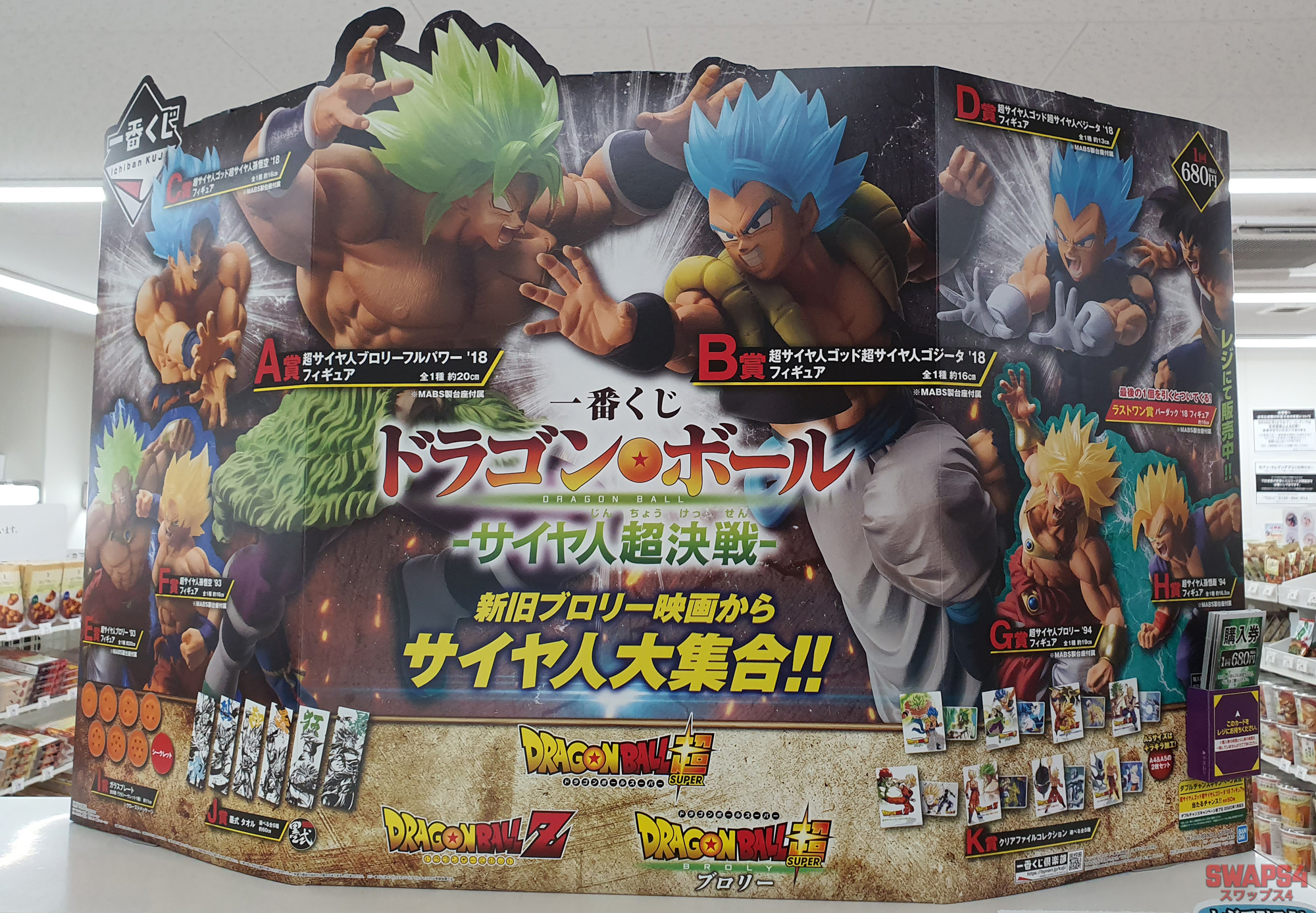 If you happen to buy the last ticket, you automatically win the Last One prize which is a similar or even higher value than A prizes and often gets sold for 5,000 yen or more online!

The Dragon Ball series is really popular that most of the prizes have already been won!

Carddass is Bandai’s card vending machines which are often found in arcades and movie theaters. The trading cards you get from these machines often include stickers and cost around 300 yen a try. 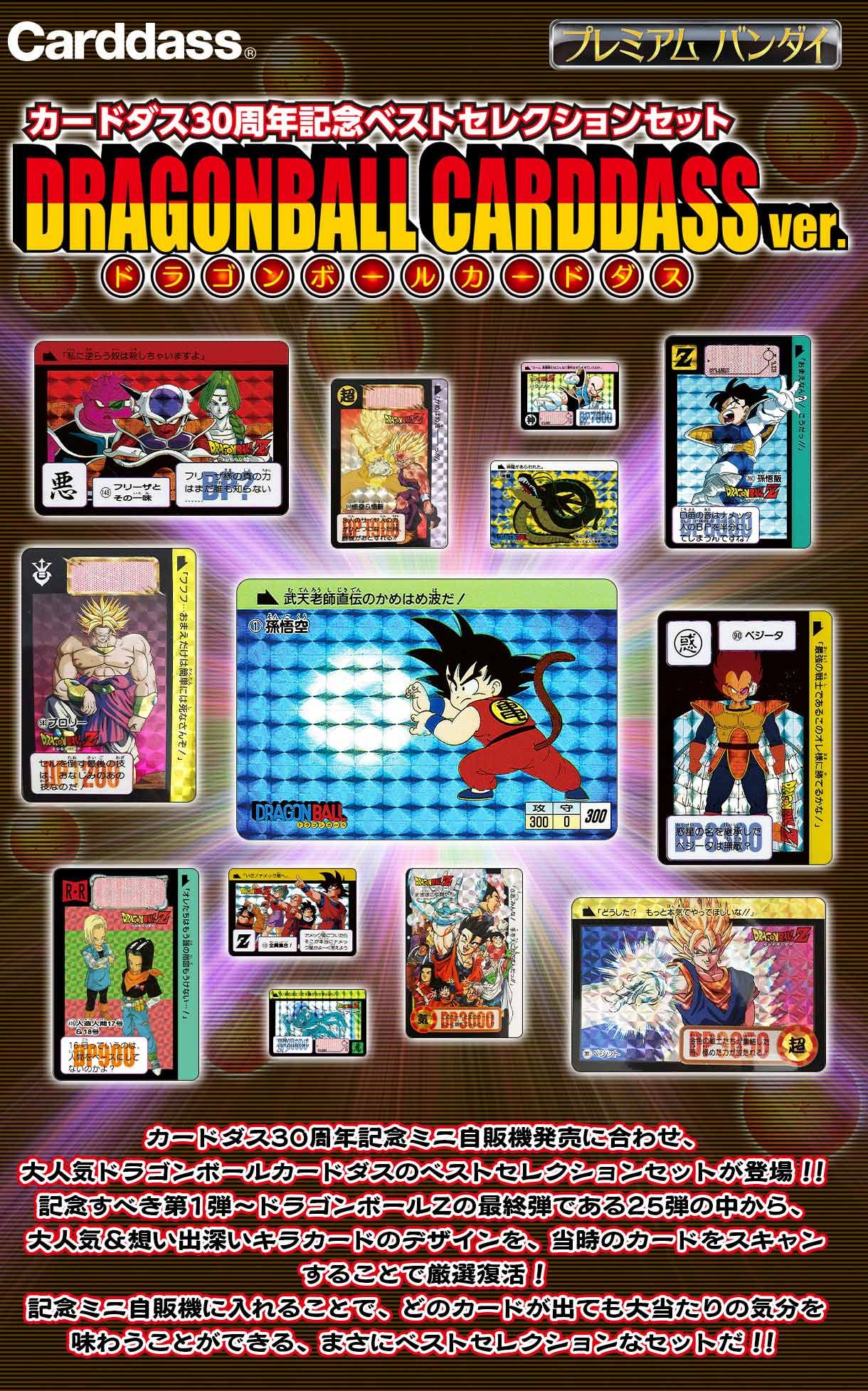 They also have a special digital format known as Data Carddass which is around the same price as Carddass but they are cards with data stored on them. You can use these cards to interact with certain games at the arcade by either inserting the card into a slot or scanned via a flat panel. Each card for each game does a different action, some are just visual changes like clothes, while others are special moves or unlocks mini-games. 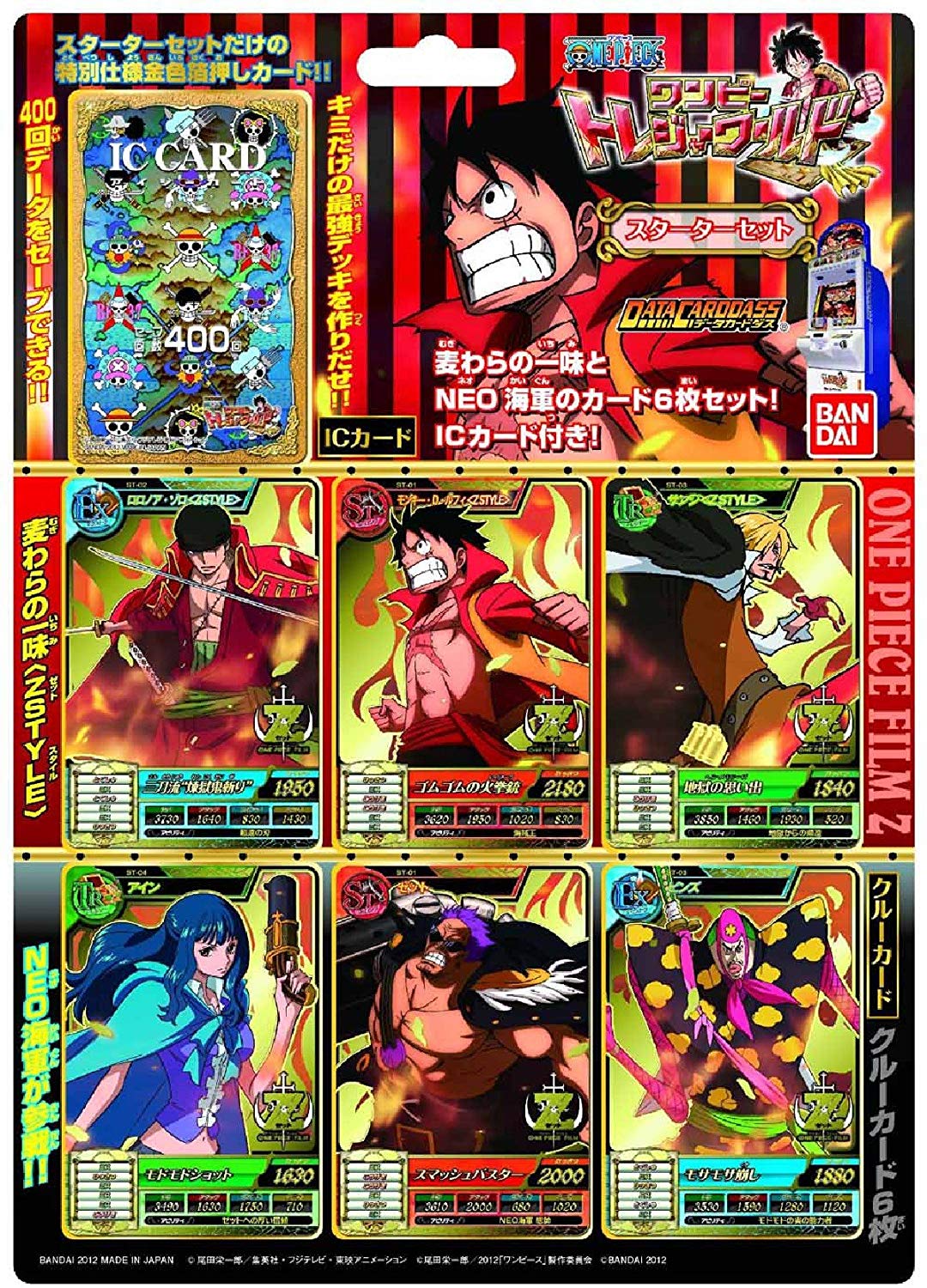 If you love snacks, there are also wafer snacks which are often based on an anime or video game series and include a collectible card. They can be found in supermarkets or convenience stores and sell for anywhere from 100-150 yen each. Each card set includes uncommon, common, rare, and secret cards. 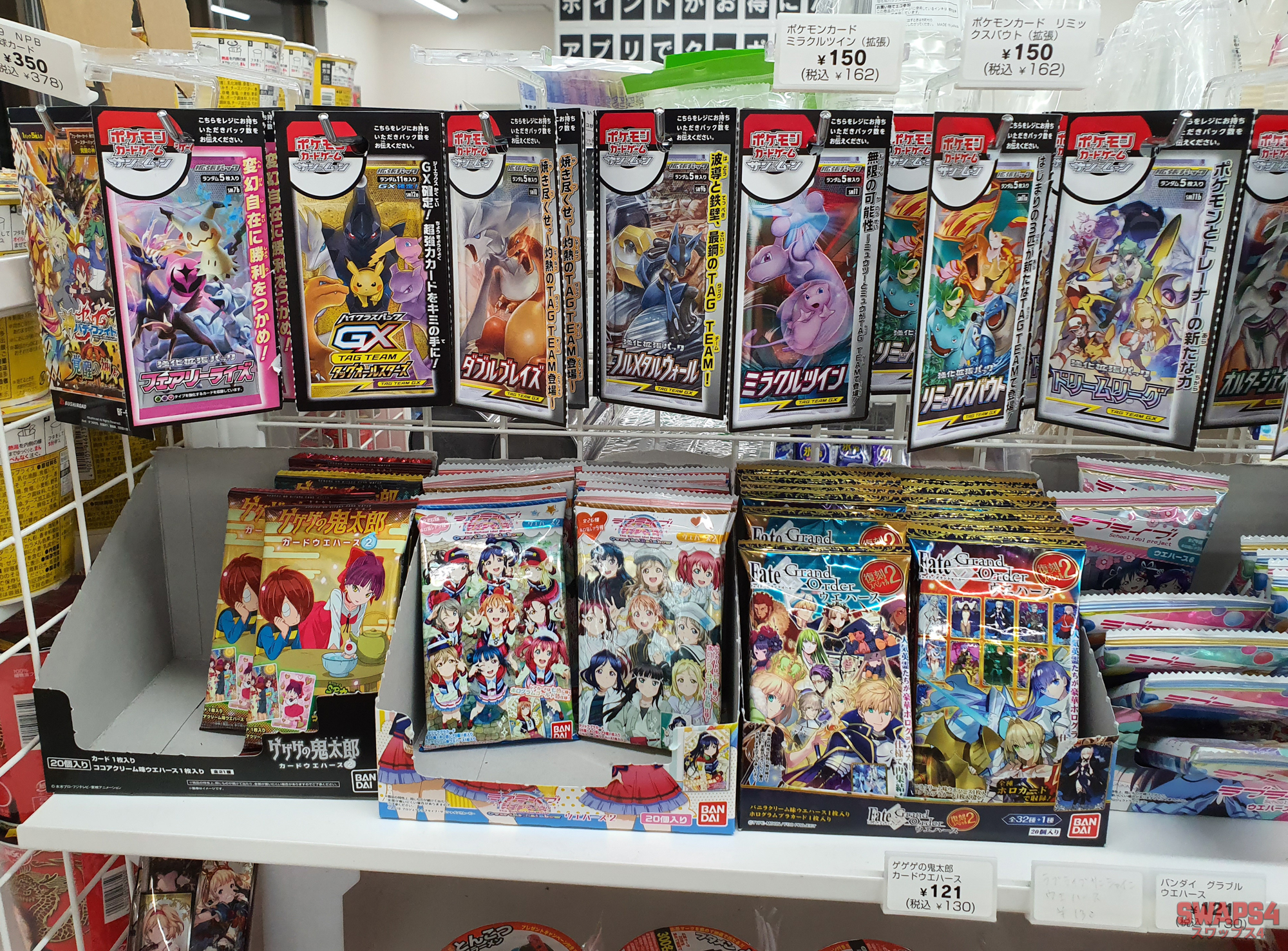 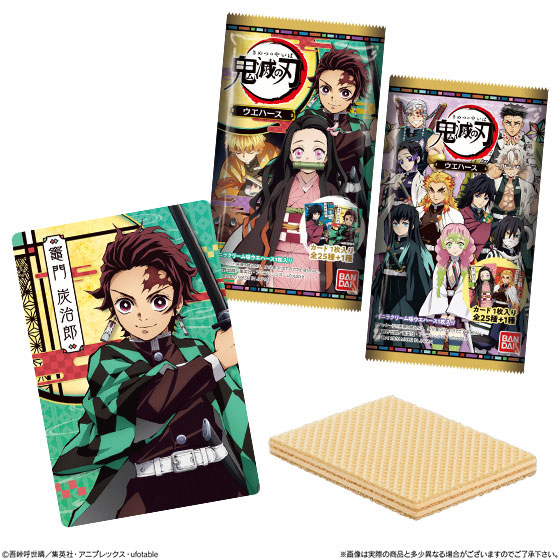 This is just the surface of gacha and the next time you spot a gacha machine in Japan, you should give it a try! Hopefully, you’ll enjoy the excitement of gacha!