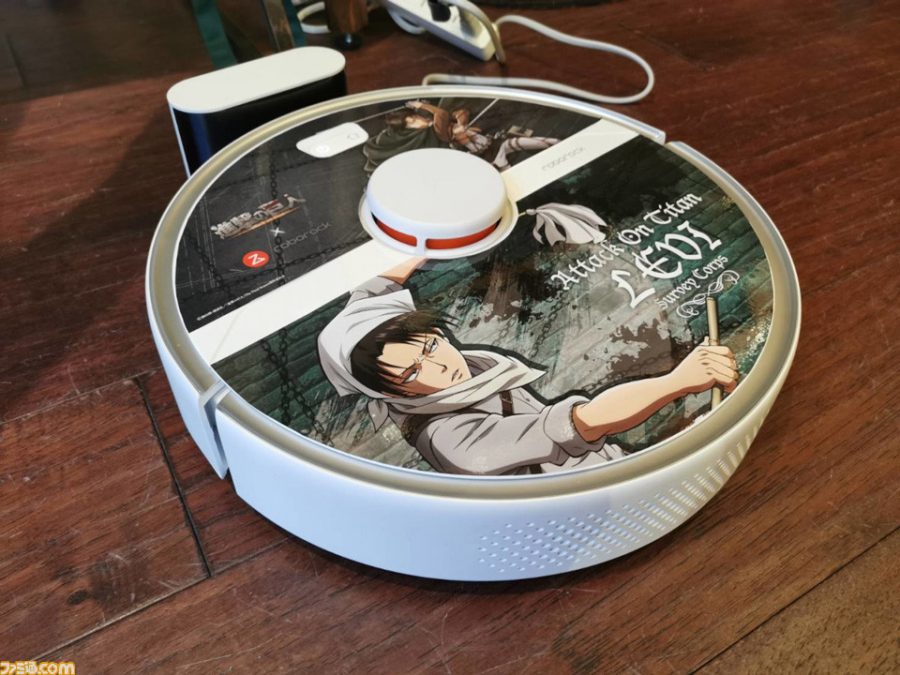 Levi Ackerman from the pop culture sensation Attack on Titan series became quite a star in 2013, thanks to a cleaning scene from the 15th episode of the anime adaptation’s 1st season (“Special Operations Squad: Eve of the Counterattack, Part 2”) that aired on June 20th, 2013. Now, fans can now bring cleaning Levi into their homes in the form of a robot vacuum known as the Roborock S6 Pure Attack on Titan Levi Ackerman series.

Fans can celebrate cleaning Levi once again since he has made a huge comeback and this time as a robot vacuum known as the Roborock S6 Pure Attack on Titan Levi Ackerman series. 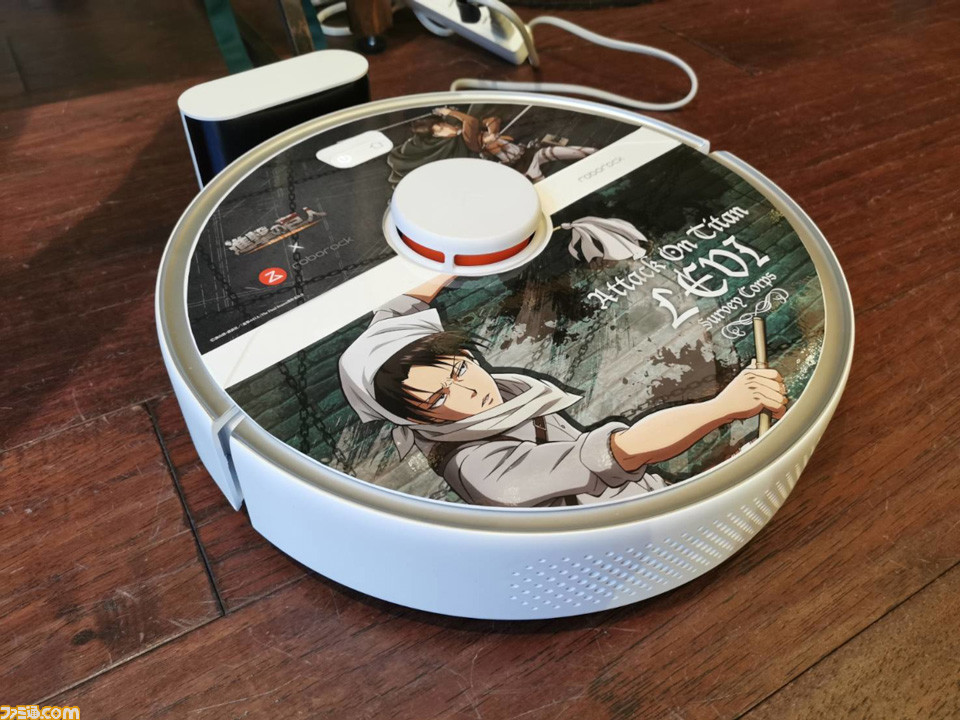 The Roborock S6 Pure comes from Hikari TV Shopping, which is known to collaborate with series from their Hikari TV streaming service. The outer shell of the Roborock S6 Pure features Levi in his cleaning outfit, and the robot vacuum also features a total of 104 original voice lines (recorded by the character’s voice actor Hiroshi Kamiya) that randomly plays as it cleans.

A guidebook that features a transcript of all the lines is included. 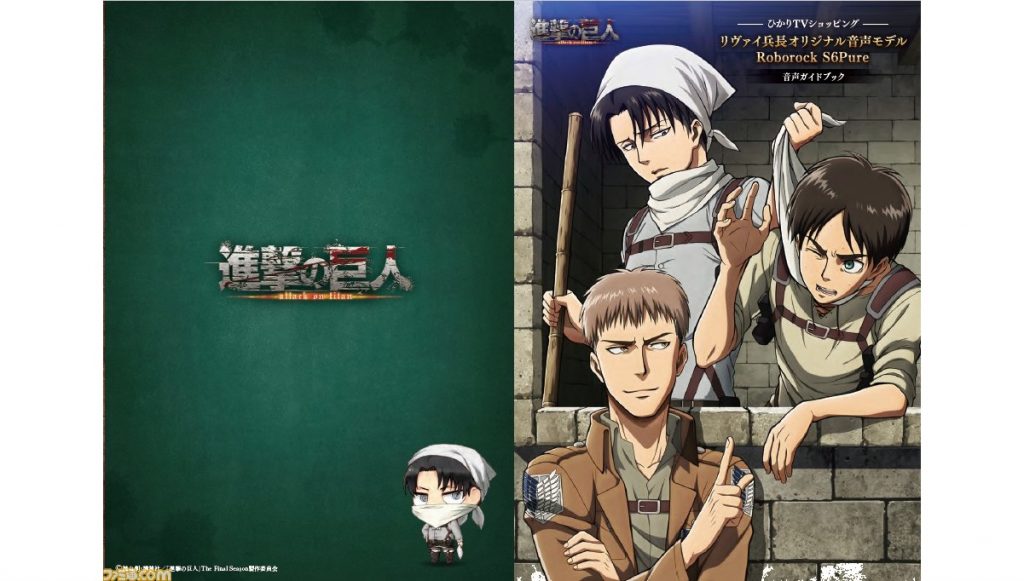 Here are a few examples of the voice lines, courtesy of Animage:

“The dust box has been removed. You can’t clean it like this.”

“Commencing cleaning. My mission is to wipe out every speck of dust from this shitty house. As long as I live.”

“Cleaning is complete. This is real cleaning. Do you understand?”

“Room cleaning is complete. I’m going back to the charging dock.”

Hikari TV Shopping is now accepting pre-orders for the Roborock S6 Pure Attack on Titan Levi Ackerman series. The product will officially release on June 9, 2021, for a total of 69,800 yen ($635.66 USD).